Mercedes team principal Toto Wolff says he can empathise with his driver Valtteri Bottas with the Finn refusing to let teammate Lewis Hamilton by easily. 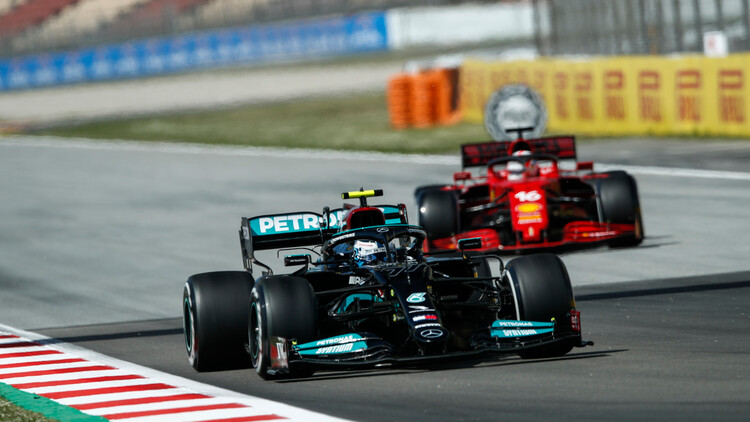 With Hamilton in the process of hunting down Red Bull's Max Verstappen, the Mercedes team came on the team radio to tell Bottas to make way for his teammate. The Finnish driver, despite being on an alternate strategy, refused to jump out of the way immdiately with Hamilton somewhat forcing the issue by diving down the inside of his teammate at turn 10 of the Circuit de Barcelona Catalunya. Wolff rather than being upset takes a more empathtic approach on the matter.

"Racing drivers’ instincts are what they are," Wolff told RacingNews365.com.

"I can relate to Valtteri that he had a tough day again and you’re annoyed. If it would have lost the race, I would be more critical. But at the end it’s something we can learn of. And it goes both directions, and this is what we will be discussing, but in a very camaraderie-like way.

"We would have wished that maybe, because Lewis was on a totally different strategy, he would have come through faster, a bit quicker. But at the end, we scored the result."

Mercedes will be hoping Bottas can regain some form quickly as despite finishing in third the Finn was once again found himself battling the likes of Ferrari's Charles Leclerc for position. Bottas currently lies third in the driver standings 47 points behind Hamilton.