Last season saw Lewis Hamilton come out on top in Portugal, with the Brit passing Michael Schumacher for the most Grand Prix wins ever. This year's event promises to be another exciting event given the track's elevation changes. 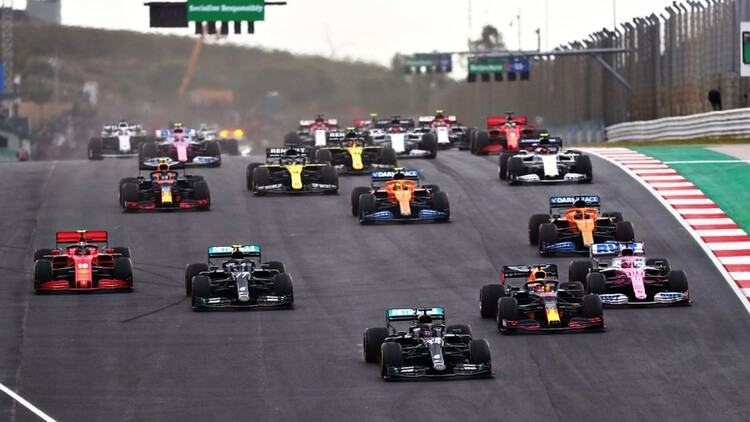 F1 will return to the Autodromo Internacional do Algarve this weekend for the second year in a row, with drivers and teams once again ready to tackle the challenges the track presents.

The track plays host to the Portuguese Grand Prix, which returned last season for the first time since 1996 as the series looked to fill the calendar with venues due to the coronavirus pandemic. One characteristic of the track that stands out is the elevation changes, which sees drivers swooping up and down during the 4.68 kilometre lap.

"Rather like Austin’s Circuit of The Americas, Portimao is a modern venue with elevation change baked into its layout," reads the description on Formula1.com.

"The Ricardo Pena-designed 2.9-mile lap sends drivers swooping up hill and down dale, before culminating in a plunge down to the final right-hander at Galp leading back onto the pit straight – with the double-apex, Acque Minerali-evoking Portimao corner a particular highlight."

Alpine racing director Davide Bravo further expanded on the layout, pointing out that drivers and teams like compare the Autodromo Internacional do Algarve to a rollercoaster.

"I think it’s quite a unique circuit and there’s a reason why everyone calls it a rollercoaster!," Brivio said. "It’s quite up and down throughout, which makes it very special."

As a result drivers will have to raise their game if they want to succeed in Portugal, with the challenges posed by the track making it a tricky circuit.

Why is Portimao so challenging for drivers

The elevation changes in Portimao makes for some blind corners, meaning it is more difficult for drivers to learn racing lines and braking points.

"The elevation change has a much bigger impact on the drivers than it does the cars," Merceds have said regarding the circuit. "The undulations create some blind corner apexes, including Turns 8, 11 and 13. This makes it tougher for them to see the entries to the corners and create reference points for braking and turning in.

"Because of this, it can make it more difficult to learn the track and build up speed during those initial laps in practice."

Sightlines will be key to conquering Turn 10 and 11 with drivers rising in the entry and dropping in the exit, making their cars want to go airborne.

"Arguably the trickiest complex for the drivers is Turn 10 and 11, because it is a double-right hander with a blind entry - as the track rises by roughly 12 metres - and a steep downhill drop on the exit of 16 metres," Mercedes have stated. "The steeper the slope, the more an F1 car wants to become airborne. But it doesn't due to gravity and downforce.

"However, the load under the tyres (called the contact patch) reduces as a result and this impacts the grip the driver has on the exit. So, it does make the car a bit more unpredictable at these points on tracks like Portimão, where there is a dramatic drop in gradient."

Another aspect the change in elevation impacts is safety. The dip before the first corner is an example of that, as is the drop after Turn 8. Drivers cannot see what is ahead of them until they peek over the crest, adding a further challenge for drivers to consider during the sessions leading up to Sunday's race.

While the dip leading into Turn 1 may catch some drivers out, it should also make for some fantastic racing. Last year's race saw 55 overtakes, 49 of which came at the opening corner, meaning the challenging layout should make for some exciting racing at the very least.