Lewis Hamilton has refuted the theory that he's stepped up to a new level of performance recently, saying he's always been satisfied with his on-track prowess. 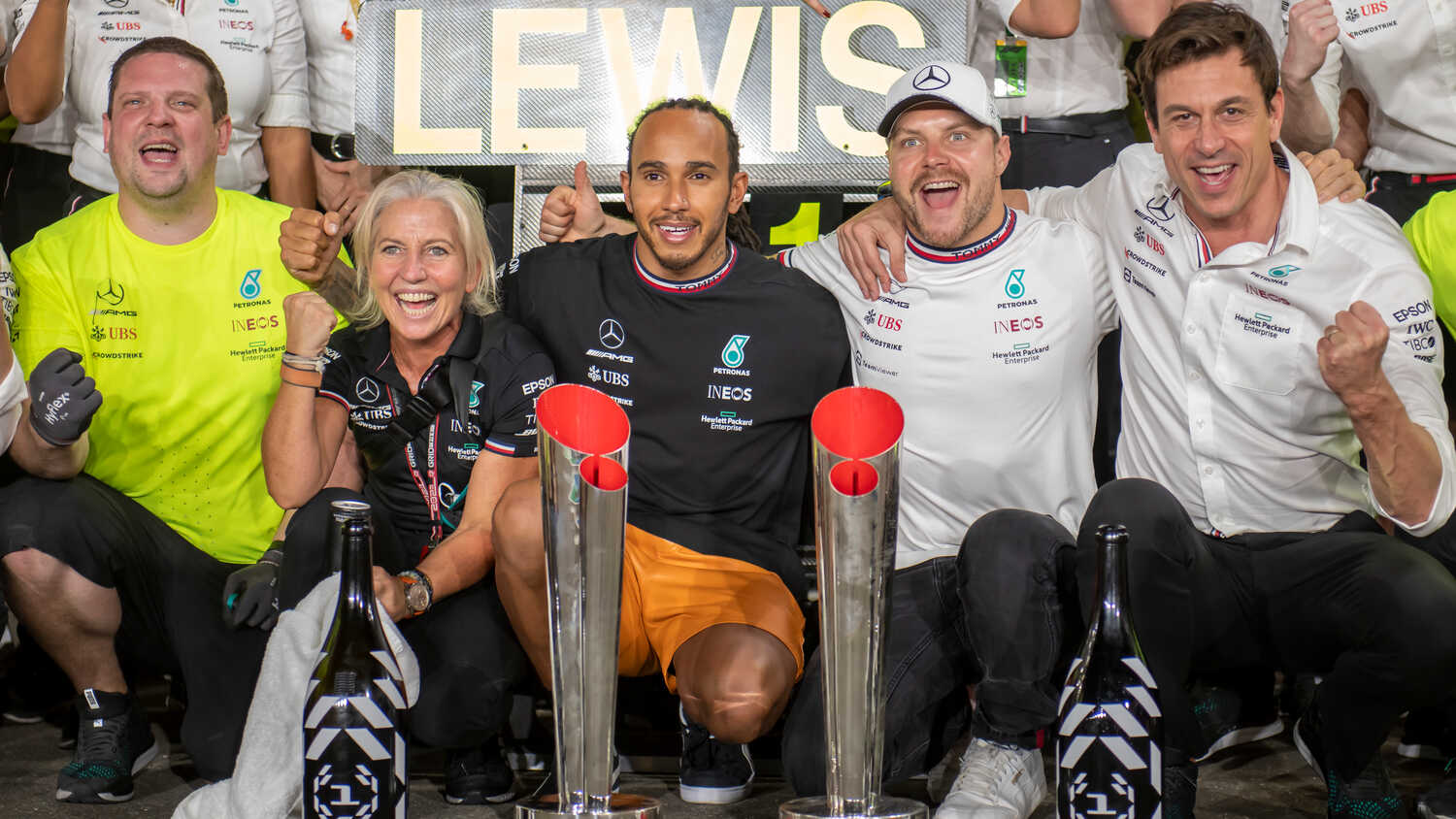 Lewis Hamilton doesn't believe he's taken his driving up a gear in recent races, despite claims from personnel at Mercedes that the seven-time World Champion has elevated his performances.

Hamilton dominated the two most recent races, in Brazil and Qatar, leading to plaudits from Mercedes' Toto Wolff and Andrew Shovlin.

Wolff said that the Brazilian Grand Prix had "woken up the lion" within Hamilton, with Shovlin also suggesting that Hamilton's driving has hit a new level.

But Hamilton doesn't necessarily agree with his colleagues, saying that it might just be a case of him learning about the W12 as the year has gone on.

"I don't know if I agree with it to be honest. I don't believe that I've gone to a different level, I think I'm at a good level in general!" he laughed with accredited media, including RacingNews365.com, in Saudi Arabia.

"I've been delivering well all year"

After recovering from two grid penalties to win the Brazilian GP from last place on the Sprint Qualifying grid, Hamilton explained that adversity wasn't something new for him to overcome.

"Maybe I tapped into something different in Brazil that maybe I haven't been there before?" Hamilton pondered

"I don't know. I definitely have in my career, because I've come back from those positions many, many times before.

"I like to think that I've been delivering well all year, but you are constantly learning. You're learning more about everything, your surroundings, and particularly the car and how you work with the team, how to get more out of every individual on the team.

"You're always trying to improve"

With Max Verstappen representing the sternest challenge that Hamilton has faced for several years, the Briton admitted that he is constantly striving to improve his own standards in a bid to match and beat the next opponent that emerges.

"There's a lot of areas in which you can do it, it's not just how you take one corner. It's how you prepare, it's how you fuel yourself.

"It's how you become more knowledgeable about things, how you approach life. It's in new work and in all things, striking the right balance.

"I think [in] competition for me, I always put myself as the benchmark in the sense of I'm always trying to beat my previous version of myself and be better than I was before.

"When you're in a title fight like this, you're pushing as hard as you can and even more so in areas that perhaps you hadn't done in the past, so that's a positive."