Why does the Indy 500 winner drink milk?

For most, drinking milk isn't at the top of their list when it comes to beverages following a long race, however the winners of the Indy 500 swear by it. That's mostly down to tradition, but when did it begin? 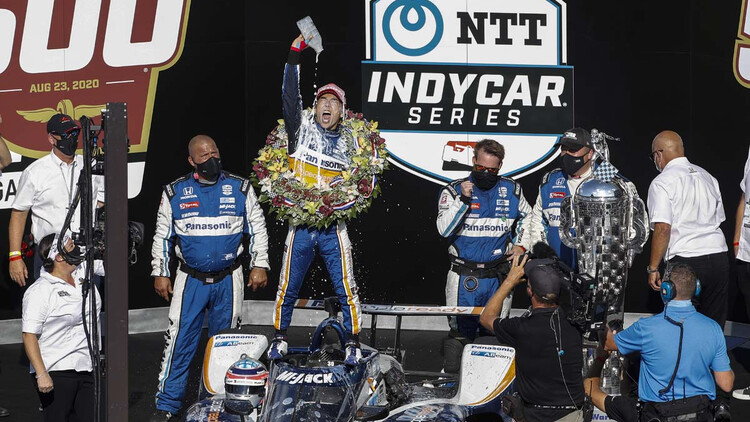 It is perhaps the most famous and, at the same time, remarkable tradition during the Indy 500, an event that has countless traditions. The winner is handed a bottle of milk in 'Victory Lane', at which point the driver usually pours on themselves after a few gulps.

The drivers can choose in advance from whole milk, semi-skimmed milk or skimmed milk. An ice-cold bottle of each variety is available in a refrigerator that is under strict surveillance.

Buttermilk is officially no longer an option, though it's what started the tradition back in 1936. Winner Louis Meyer would always drink buttermilk to refresh himself on hot days, something he learned from his mother, and it was no different after winning the Indy 500. A representative of the Milk Foundation was so happy to see a picture of Meyer drinking buttermilk in the newspapers that he requested it be made available to the winner annually.

And so it happened, with the exception of the period between 1947 and 1955. After that the tradition returned and it has been maintained to this day. However, Emerson Fittipaldi broke the tradition when he drank orange juice instead of milk in 1993. He later drank a sip of milk to keep to the tradition, but later apologised for the misunderstanding. Today, the milk is supplied by the Indiana Dairy Association.

And what about the drivers that will take the grid for the 2021 Indy 500? Only two drivers really do justice to the tradition (Simona de Silvestro and Ed Carpenter) by selecting buttermilk, while Juan Pablo Montoya simply wrote chocolate milk.

You can check the preferences of the drivers in the image below. 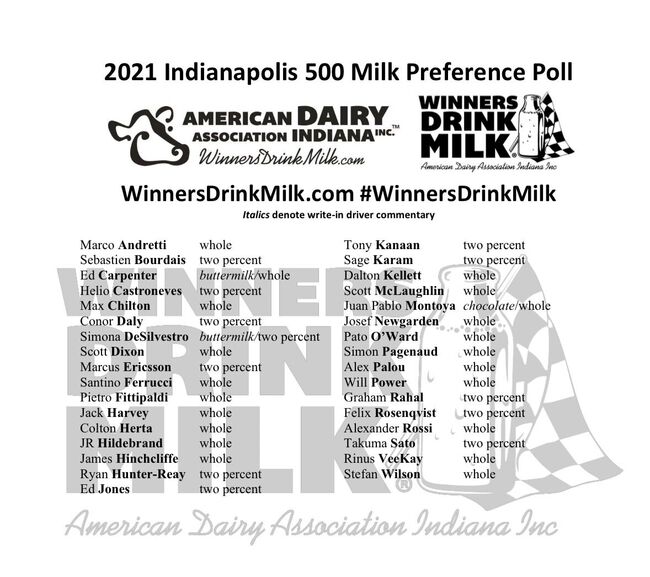