Where should Verstappen take his grid penalty?

Red Bull have confirmed there is a high chance both Max Verstappen and Sergio Perez will be hit with a grid penalty during the second half of the 2021 Formula 1 season for engine changes. At RacingNews365.com, our writers debate at which circuit Verstappen should take his extra power unit. 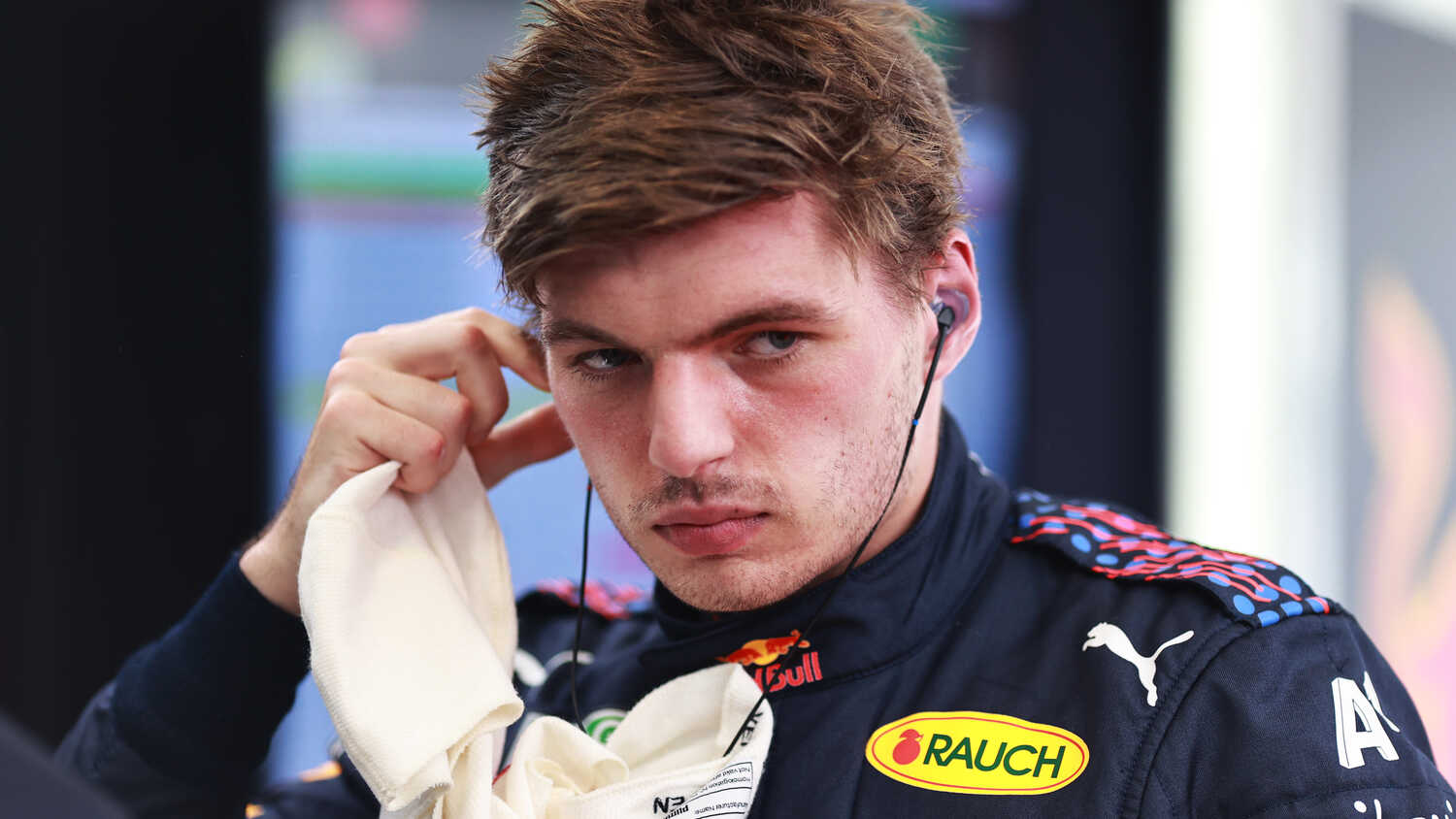 Max Verstappen's massive crash on the first lap of the British Grand Prix not only had major implications for his race at Silverstone, as his engine suffered a crack which forced him to take on his third power unit at the next race in Hungary.

With 12 rounds remaining, Team Principal Christian Horner says there is very little chance of both Sergio Perez and Verstappen making it to the end of the season without incurring a grid penalty due to overuse of engines.

Verstappen trails Lewis Hamilton by eight points in the Drivers' Championship and he is set to face at least one tricky weekend in the second half of the season. The big question is, where should Verstappen take his grid penalty?

In 2018, Verstappen started at the back of the grid in Russia and stormed his way through the field brilliantly to get into the points-paying positions in just four laps.

His pace was excellent as he led the race from lap 19 until his one and only pit-stop with 11 laps to go. Without doubt, Verstappen could replicate his drive from three years ago.

Given that the Russian Grand Prix is the fourth event after the summer break, currently scheduled for September 26, it will allow Honda to make sure any reliability updates are ready and prepared for the latter stages of the season when the pressure will inevitably ramp up.

Red Bull will be hoping they choose a race where there is a lot of drama or a well-timed safety car to give Verstappen a better chance of making the podium. But it's anyone's guess as to when there will be a chaotic Grand Prix. 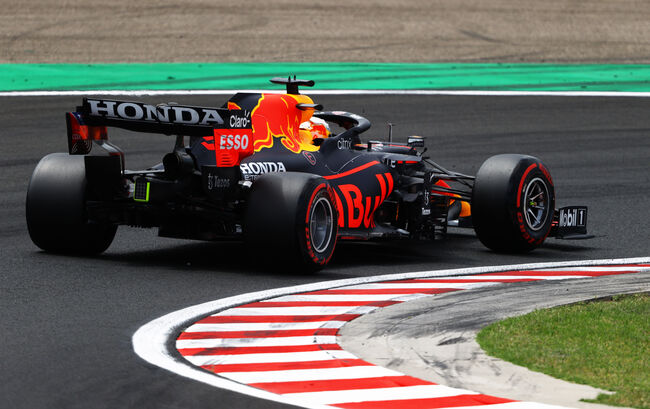 Thomas Maher: If not Spa, then it's got to be Sochi

For me, Spa-Francorchamps was the obvious choice to introduce a new power unit and take the hit of the grid penalty. Like ripping off a plaster, get it over and done with and get that fourth engine into the pool as quickly as possible so that that weight is lifted.

Given Spa's power demands and flowing nature, Belgium made sense as it would be a track where Red Bull's superior chassis could also make a difference as they fought back against slightly slower cars.

This is the main reason why Monza would be slightly more risky. There's every chance Verstappen and/or Perez could get caught in a DRS train and find themselves unable to make progress as they can't exploit their car's other strengths.

If not Spa/Monza, then the next obvious choice would have to be Sochi. There's two long, long straights, demanding fast corners but still with a high enough aerodynamic demand that the RB16B's strengths could be utilised to a greater extent than, say, Monza.

My next choice, Mexico, is too far away into the future for that to be likely and, given that the team appear to have ruled out introducing the new engine at Spa, I'd put my money on it being Russia. 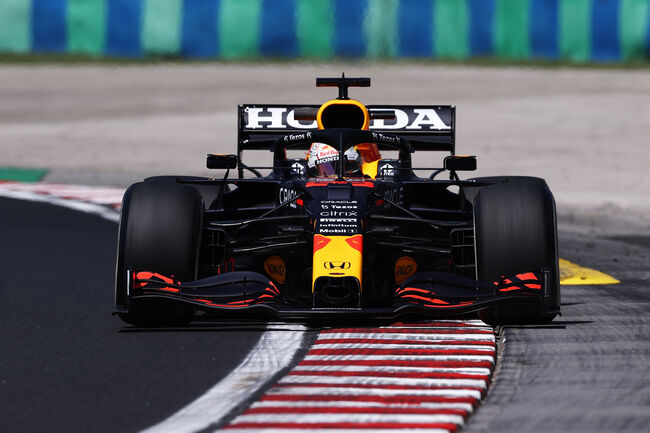 The first two races following the summer break will take place in Belgium and the Netherlands. Not only will Verstappen and Red Bull be keen to get some strong results here in the hope of quickly taking back the momentum in the title fight, but both weekends are also home ones for Verstappen given his dual Belgian-Dutch nationality. It is highly unlikely, then, that either event could see him willingly take a penalty.

However, I think that the Italian Grand Prix – which follows these two races – could be a good bet. Monza is no stranger to chaos, as we witnessed in 2020 with Pierre Gasly taking a surprise first win from Carlos Sainz and Lance Stroll. With the potential for drama meaning that Mercedes could be more at risk of finishing further down the field than usual, maybe Red Bull will see this as an opportunity to take the gamble.

Another advantage of taking the penalty here is that it is reasonably early in the latter half of the season; there are a further nine races scheduled after Italy, though of course, this could potentially be subject to change due to the fluid coronavirus situation.

It's going to be a tricky decision for Red Bull, but Monza could be worth a shot. 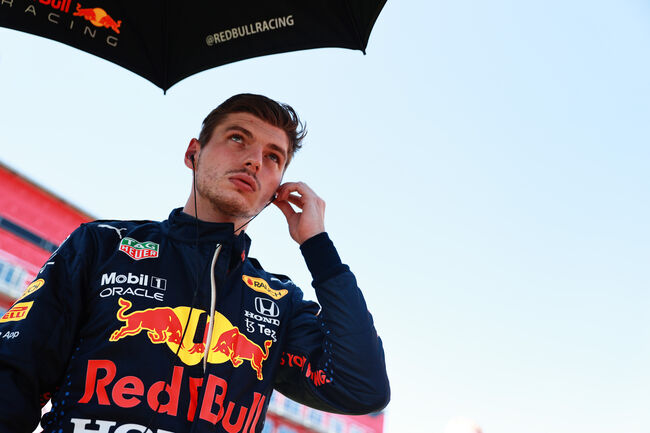 As F1 returns from the summer break, hitting the ground running will be crucial. For Max Verstappen and Red Bull, it goes beyond that. They need to get their season back on track after two disastrous weekends.

Just two races ago, Verstappen held a 32-point lead over Lewis Hamilton in the title battle, only for the advantage to be wiped out by that dramatic clash at Silverstone and Valtteri Bottas steamrollering those around his Mercedes team-mate at the Hungaroring.

It means that Verstappen no longer has the luxury of a ‘free’ weekend, should trouble arise. Exceeding his engine allocation, and picking up a penalty, is now inevitable. But, for various reasons, there's no obvious location to take the hit.

Spa? No driver wants to restart their campaign with a grid penalty, especially in the midst of a title fight. Zandvoort? No way. Monza? Possibly, but not if further ground has been lost to Hamilton by this stage. Last year’s race was drama-filled, but there’s also the risk of getting caught in a DRS train under normal circumstances.

With this in mind, and the possibility of further changes to the calendar due to coronavirus, Red Bull may just have to play it by ear and wait for more information, as advisor Helmut Marko has indicated.

Providing the situation does not get critical in terms of mileage, of course...

Where should Verstappen take his engine grid penalty