What does Hamilton's new deal mean for 2022 driver market

With Lewis Hamilton signing only a one-year extension, Mercedes find themselves in an awkward position where both their drivers are out of contract at the end of the year. Could the team field an entirely new lineup for 2022? 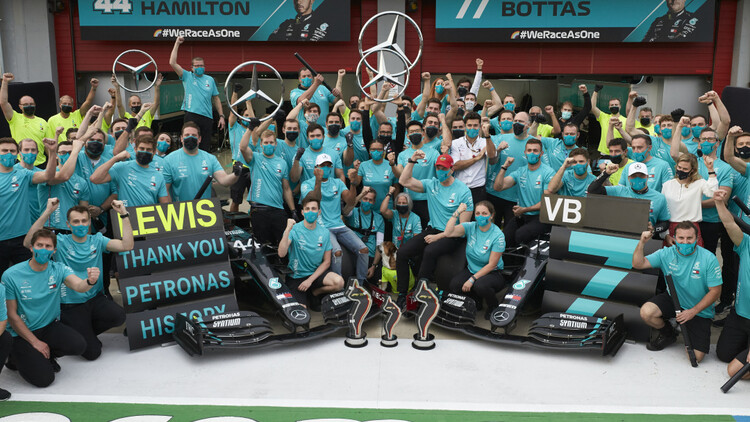 The saga has finally concluded, Lewis Hamilton will be a Mercedes F1 driver for the upcoming 2021 season. However, given that the agreement will last only for one more year and with Valtteri Bottas in the same position, Mercedes could face one of the four listed scenarios.

Perhaps once the dust settles, both Hamilton and Mercedes will realise that their interests are still aligned especially given the technical overhaul that is on the horizon.

Both parties have prospered through this alliance over the past eight years and there is no reason to believe that a change will yield instant success for either team or driver.

Given that F1 is set for a major overhaul in 2022, it would be prudent for both team and driver to analyse the best course of action to take in the coming months.

With regard to Bottas, an improved season might be enough to secure his future with the team for another year at least. Team principal Toto Wolff has often highlighted how Bottas brings balance to the team and with synergy playing a key role heading into 2022 perhaps Mercedes are better off retaining their lineup.

Hamilton gets a new teammate

With Valtteri Bottas consistently underperforming in the sister car, perhaps it is time for Mercedes to pair Hamilton with a driver who could lead the German team into the future.

George Russell is the driver that would make the most logical sense, especially considering the fact that he has already proved himself to be as quick, if not quicker, than the Finn.

While Hamilton might find his job harder with the arrival of a young-gun who has everything to prove, the team is sure to benefit.

Bottas gets a new teammate

The same could apply if Hamilton decides he has either had enough of Formula 1 or if he feels the time is right for a new challenge.

The odds of either one of those scenarios playing out increase if Hamilton were to win his eighth world title and this could spark a flurry of activity in the driver market.

Max Verstappen is a driver who has long been touted as someone who could pick up the mantle from Hamilton, given the performance clause in his contract with Red Bull, the Dutchman is a viable candidate while the aforementioned Russell is another possibility.

Given that a drive with Mercedes, at this point in time, is the most coveted seat in F1, the team will surely have the luxury of having the best talent pool to choose from.

All change at Mercedes

While the attention has mainly focused on Hamilton, it is easy to forget that Bottas' contract is up at the end of the season as well.

Unless the Finn drastically improves over the course of 2021, it is highly unlikely that he retains his drive for 2022.

The pressure is already mounting on Mercedes to give Russell a race seat in one of its cars. If Hamilton decides to either retire or drive for a new team, the German marque could be in a position to field an all-new lineup for next year.

A Russell-Verstappen or Russell-Ocon partnership at the team would prove to be a very intriguing prospect for the neutral observer.