Video: BMW sends Porsche into a spin at Daytona 24 start

The Rolex 24 at Daytona kicked off yesterday in spectacular but unwelcome fashion for WeatherTech Racing Proton Competition’s Kevin Estre after his Porsche 911 was spun out as the field prepared to go racing. 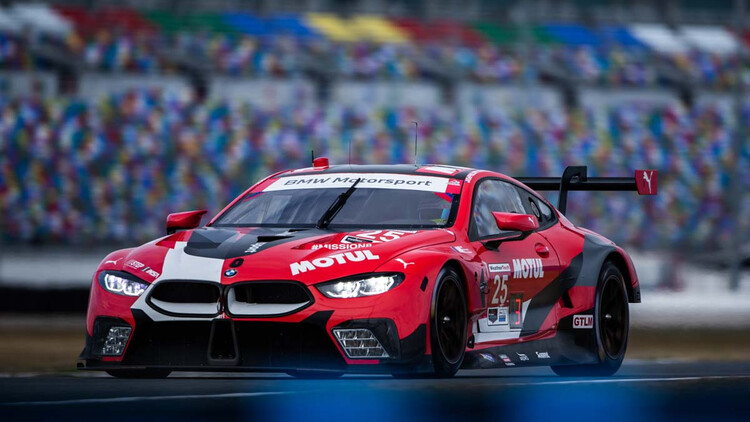 Estre was hit from behind by BMW Team RLL driver and 2012 DTM champion Bruno Spengler in the #25 M8 GTE, causing his Porsche 911 RSR-19 to spin as the field was on the run to take the green flag, prompting a scramble to avoid the chaos at the back of the grid.

Spengler received a drive through penalty for the collision, while Estre managed to right his car after the crash despite bodywork damage which eventually peeled off and prompted a long stay in the pits for repairs.

Speaking to NBCSN after the incident, Spengler said there was little he could have done to avoid the collision and that the car in front was out of step with the pace of the rest of the field as it geared up to go racing.

“I don't know if he had an issue or what. I tried to avoid him, but as I tried I clipped the rear of his car slightly and it was enough to spin him around," he said.

“I don't know if he had an issue, why his car didn't go at the green, he even tapped the brake
lights slightly, so he was off-sequence because everybody else was going except him, that's why I hit him.

“I didn't really understand why he'd be on the brakes as the green was coming.”

On Twitter, Frenchman Estre appeared to disagree with his rival’s assessment.

“Can’t believe it! We’ve lost the race before it even started... I was waiting for the pole sitter to go on power there and the BMW just went full throttle without looking ahead! Unbelievable,” he said.

“We’re trying to come back but the car isn’t as good as it was.”