Sebastian Vettel had a challenging race in Portugal despite a more promising qualifying. The German has explained what went wrong. 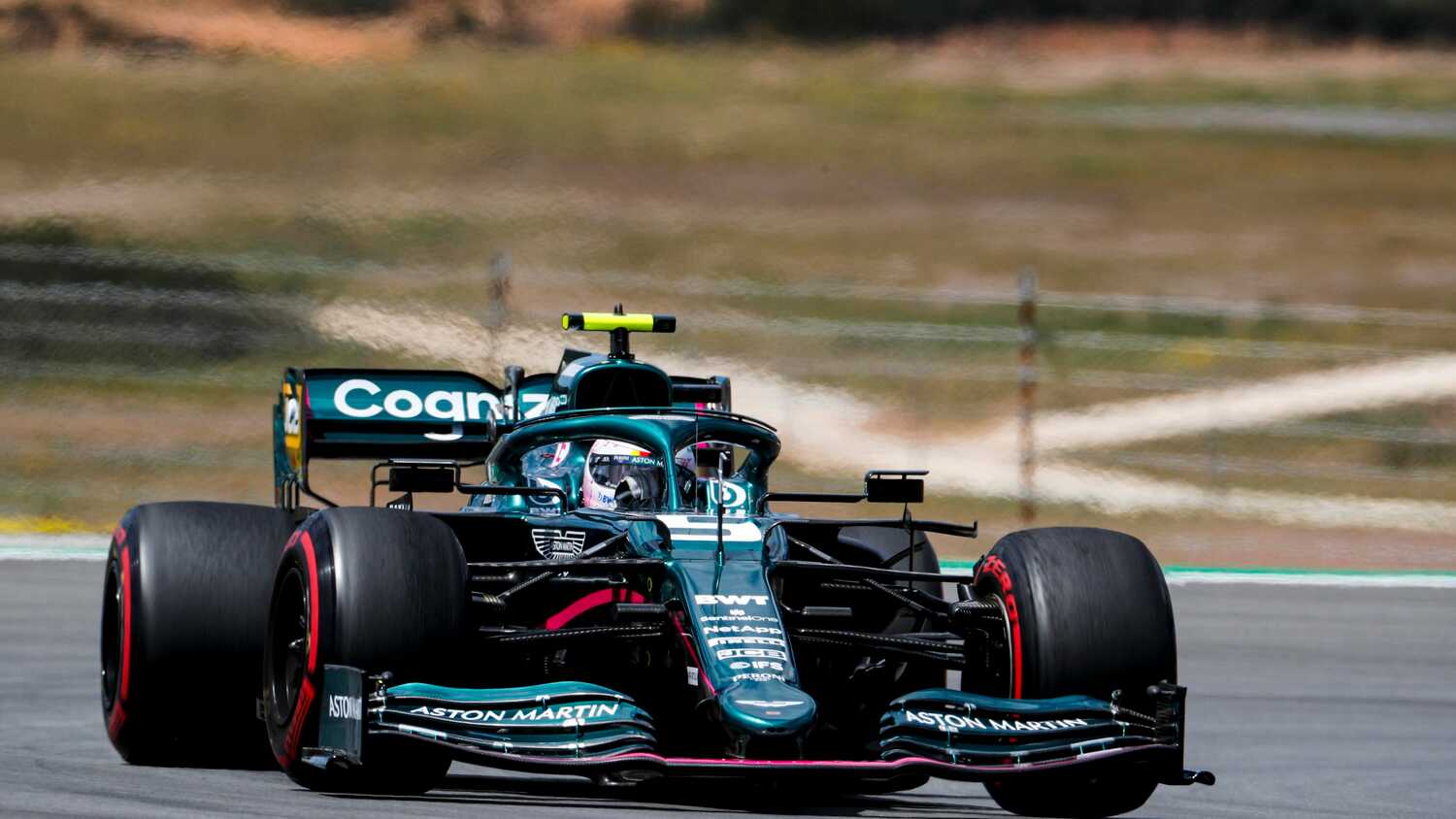 Sebastian Vettel has admitted that his 13th place in the Portuguese Grand Prix was down to the car simply lacking pace rather than an issue with the strategy.

The Aston Martin driver slipped down the order after qualifying in 10th on Saturday, and left Portimao without any points. Whilst Vettel was pleased with the slight improvement in qualifying, he knows that the car is still struggling against the team's competitors in the Grand Prix.

"We had a busy race," Vettel told RacingNews365.com and other select media. "A long stint on the medium [tyre] in the end, but we had to try ultimately.

"It's not the strategy to blame or anything else. I think we were just not quick enough today to stay with the group fighting for points.

"We did not have the pace like the AlphaTauris or the Renaults [Alpines], so we need to have a look. But ultimately we were not quick enough. Yesterday was a little bit better, but in race trim we just didn't have the speed or the consistency."

Vettel is hopeful that upgrades coming for his car might help at the next F1 race in Barcelona.

"I have a couple of bits coming for next week and hopefully we can be a bit more competitive," the four-times world champion said. "A clean Saturday, obviously, will be the key to have a better Sunday.

"But yeah, in the race trim we have a bit more pace to put more pressure."

Despite the struggles, Vettel is pleased with the small signs of progress that the team have shown.

"It's [coming together] slower than I would like, but we are working very hard."

Vettel is still searching for his first points of the season, whilst teammate Lance Stroll currently has five points to his name after the first three races of the year.