After five drivers were summoned post-qualifying in Abu Dhabi, the stewards have announced their verdicts... 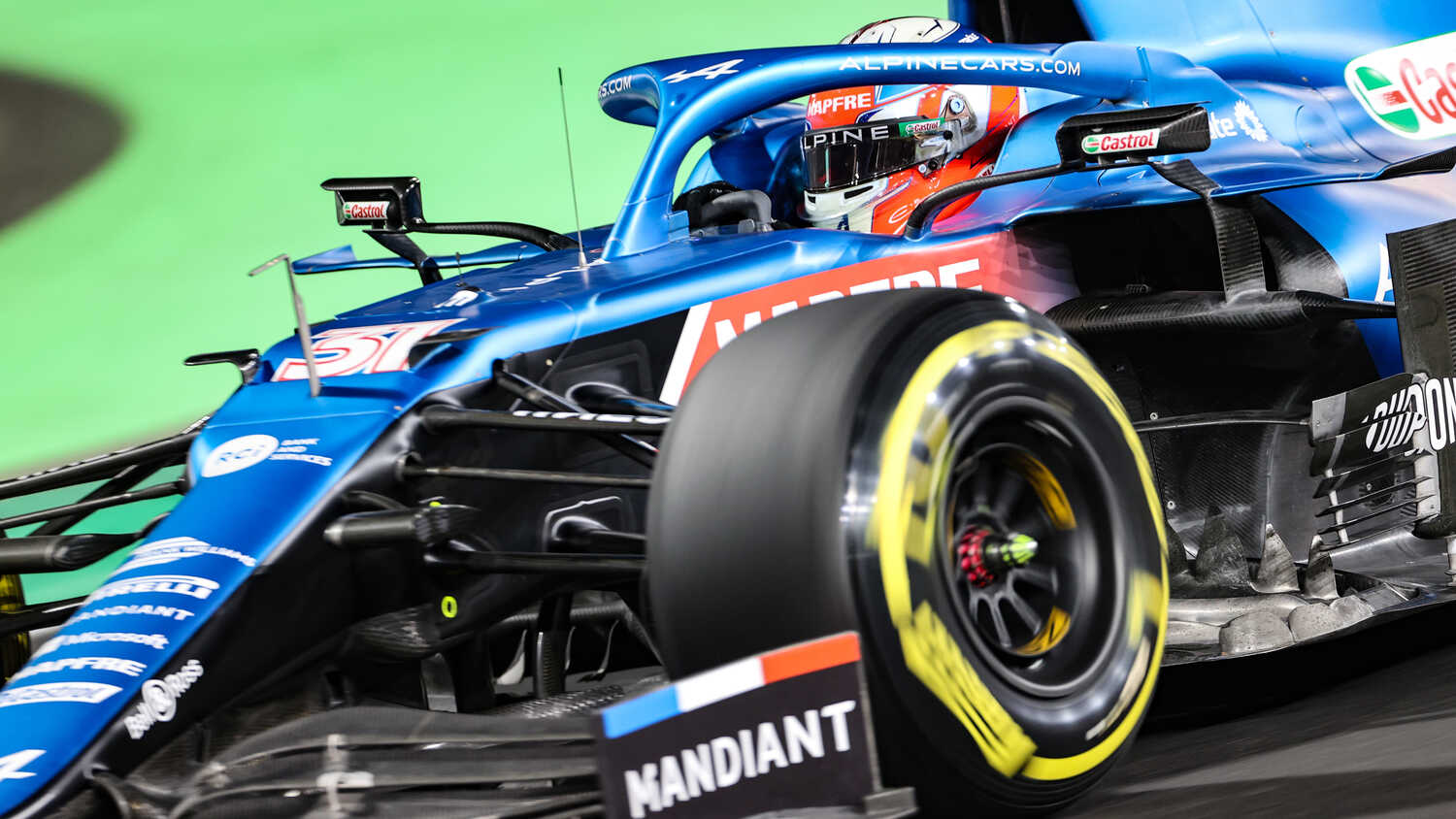 The stewards have released their verdicts after investigating five drivers for incidents of impeding at the end of the Q2 session in Abu Dhabi.

Alpine's Esteban Ocon and Fernando Alonso, Aston Martin's Sebastian Vettel, AlphaTauri's Pierre Gasly, and McLaren's Daniel Ricciardo were all summoned, although Alonso and Gasly were only called up to explain the situation from their perspective as they were impeded by other drivers.

Following deliberations at the Yas Marina Circuit in the hours after qualifying, the stewards made their decisions public.

With Ricciardo alleged to have blocked Alonso at the end of Q2, the stewards found that, while Ricciardo did impact Alonso's final flying lap, it wasn't an impediment due to the circumstances on track.

Noting the effect of drivers doing slow warm-up laps, combined with them trying to establish gaps, the stewards explained that while cars may impact others on a fast lap, this is viewed as different from impeding.

The stewards' reasoning was that Alonso was 41 seconds behind Ricciardo at the exit of Turn 14, but Ricciardo was part of a "chain" of backed-up cars after waved double yellow flags at the corner. As a result, Alonso closed on Ricciardo quickly and caught him at Turn 16.

"It is the stewards' determination that the driver of Car 3 [Ricciardo] could have done little, if anything, to avoid impacting Car 14's [Alonso] lap," read the verdict.

No further action against Vettel

Vettel, who spoke critically about drivers breaking the unofficial code of conduct regarding how to queue for final flying laps after the session, also escaped sanction.

After hearing from Vettel, as well as Gasly, as the driver he was alleged to block, the stewards ruled that Vettel had done nothing wrong.

"The stewards note that almost certainly there was 'dirty air' created by Car 5 [Vettel] which did have an 'impact' on Car 10 [Gasly]," read a short statement.

"However, the stewards determine that this does not amount to 'unnecessarily impeding'."

Ocon was the only driver to pick up an admonishment from the stewards, as they said that Alpine could have done more to warn him of the approaching Vettel.

Ocon said he was told that Vettel was approaching from behind at a distance of around 2.5 seconds through the final two corners. However, he had no visibility of Vettel's approach until it was too late, and he had no time to react.

While Ocon was found to have been largely blameless, the stewards said the team could have done more.

"Although normally the lack of radio communication does not absolve a driver from the responsibility to avoid unnecessarily impeding, in this case, we consider this a justification for mitigation," said the stewards. "Therefore, no grid penalty is imposed."