Second red flag after Verstappen and Hamilton scrap at restart

The Saudi Arabian Grand Prix has been red-flagged for a second time, due to an incident involving several cars. 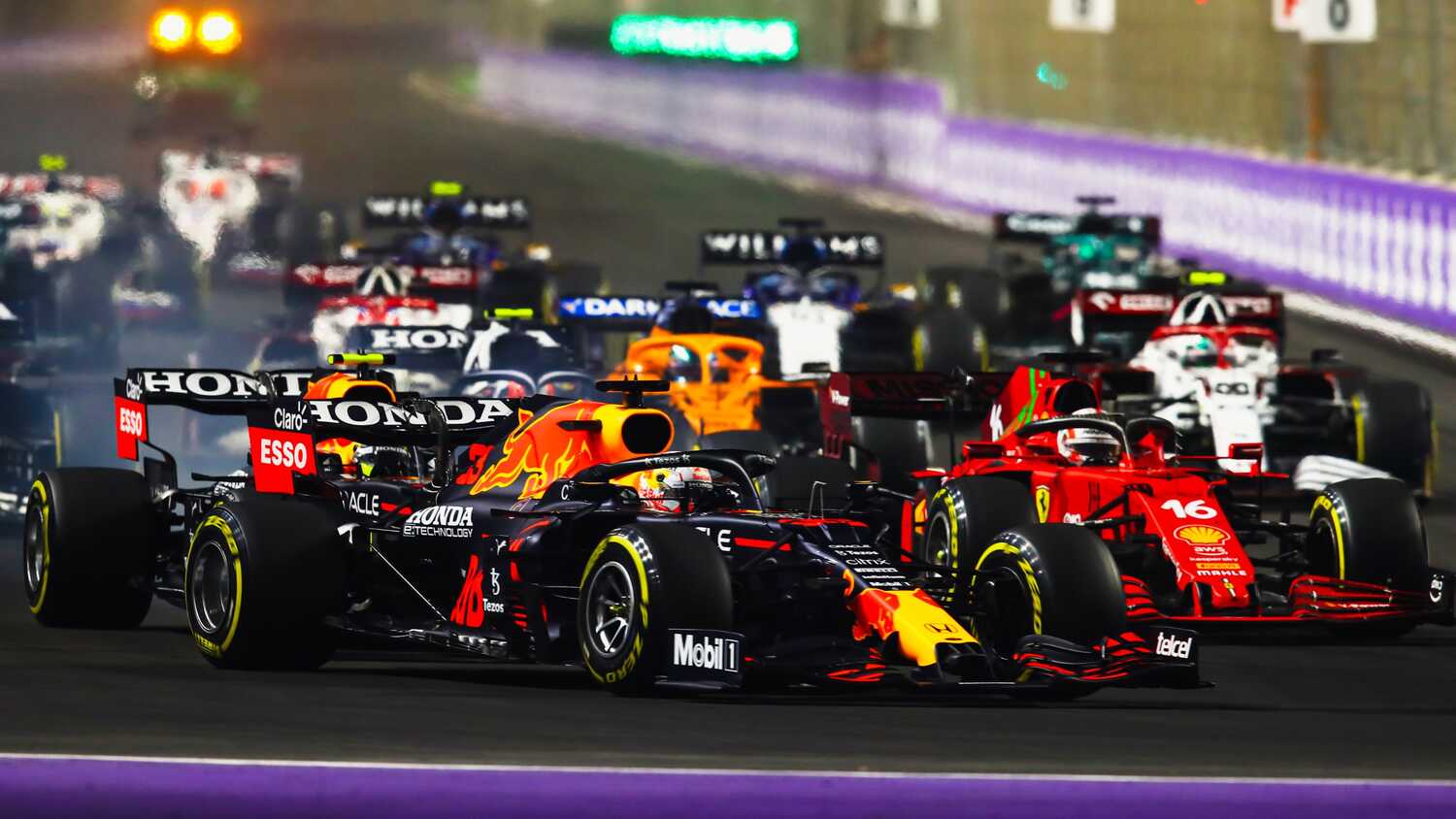 F1 title contenders Max Verstappen and Lewis Hamilton lined up on the front row of the grid for the restart and went wheel-to-wheel into the first corner, after Verstappen's slow getaway opened the door for Hamilton.

Verstappen hung on around the outside of Turn 1 and took to the run-off, before bouncing back onto the track over the kerbs. Hamilton was forced to take avoiding action, with Esteban Ocon slotting in between Verstappen and Hamilton.

As drivers squabbled behind, Sergio Perez got caught between Charles Leclerc and Pierre Gasly and was pitched into the wall.

Slowing to avoid the carnage, George Russell was then struck hard from behind by Nikita Mazepin.

The race has been red-flagged as a result, with the order currently Verstappen, Ocon, and Hamilton.

Hamilton complained about Verstappen's driving over the team radio on his way back to the pits, commenting: "He cut across the whole kerb. He just overtook me outside the white line. I was clearly ahead going in, man."