The Brit added another victory to his virtual tally, crossing the line ahead of Enzo Fittipaldi and Alexander Albon to claim the Virtual Sao Paulo Grand Prix. 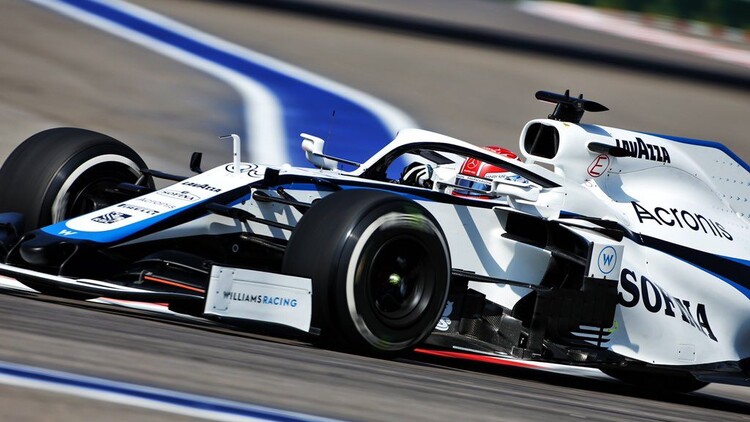 George Russell continued his impressive form at the Virtual Sao Paulo Grand Prix, crossing the line first to make it six victories in a row in the virtual series.

The Brit missed out on the first of the three pre-season events, but it seems that's the only way to stop him as all he does is win when he participates, as even a 14th place start position wasn't enough to stop him.

Things got off to a chaotic start as pole sitter Arnaud Tsamere collided with Artur Leclerc heading into the first corner, resulting in several spins. This opened the door for Russel to jump all the way up to third.

It didn't take long for the Williams man to take the lead as he passed Tsamere and Dino Beganovic inside the opening three laps. Although the Brit messaged his team concerned about his soft tyre strategy, it didn't slow him down en route to victory.

Behind Russell, Enzo Fittipaldi and Alex Albon made their way up the grid. The Red Bull reserve driver was set to crack the top three, but contact with Beganovic slowed him down. By the time he got past the Ferrari driver, he was already well behind both Russell and Fittipaldi.

The Thai-British driver's hopes of improving on third were dashed when he was handed a three-second time penalty, as Russell cruised to victory ahead of Fittipaldi.

Beganovic crossed the line fourth ahead of Pietro Fittipaldi, while Leclerc recovered to take sixth ahead of Mercedes' Jake Dixon.

Tsamere, Jimmy Broadbent in the Mclaren and AlphaTauri's Luca Salvadori rounded out the top 10.