Ricciardo: Alonso is not too old to compete in Formula 1

At the ripe age of 39, Fernando Alonso is preparing to make a Formula 1 comeback with Alpine in 2021 and Daniel Ricciardo insists that nobody should be worried about his ability to compete at the highest level. 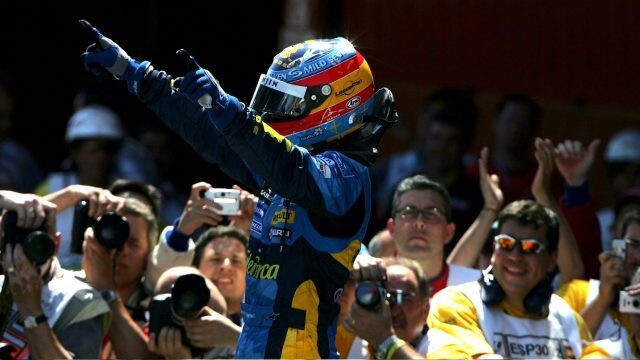 Daniel Ricciardo insists that a 39-year-old Fernando Alonso is still more than capable of competing in Formula 1 as the Spaniard prepares to make his long-awaited comeback with Alpine.

Alonso, a two-time world champion, hasn’t competed in F1 since deciding to take some time away from the sport after an unsuccessful spell with McLaren-Honda. However, having watched on-board footage of Alonso driving his 2005 world-championship winning R25, Ricciardo is in no doubt he still has what it takes.

"Fernando is not too old," Ricciardo told Speedweek. "I looked at the on-board camera footage of Fernando in the 2005 Renault in Abu Dhabi. That was really cool.

"Whoever thinks Fernando might be too old to return, I have to say: no, he is not. He only knows one speed: full throttle. He threw the old Renault over the curb like it was a pleasure. Although he drove a bit slower than we do in modern cars, it looked fast.

"Maybe that’s because of the sound of that screeching V10 engine but you automatically have the impression that a racer is fast."

The Spaniard also went on to top the timesheets at the post-season young driver test in Abu Dhabi so he should have no trouble getting up to speed when the 2021 season gets going proper.