Red Bull unveils their DTM challenger which will be driven by the likes of Alex Albon, Liam Lawson and Nick Cassidy. 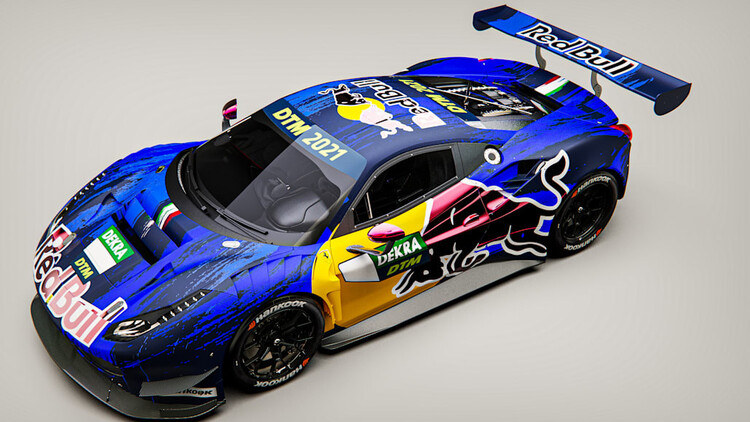 The Red Bull brand will undertake its latest challenge when it competes in the 2021 DTM championship. The German series has been tweaked for this coming year and will now run to GT sportscar specification.

Red Bull returns to the series with a pair of Ferrari 488 cars run by perennial winners AF Crose. The 488 GT3 has a rich winning pedigree claiming 355 wins, 640 podiums and 91 championships in 636 races.

"This challenge started thanks to Gerhard Berger, the idea is his," said AF Corse team principal Amato Ferrari to the Red Bull website.

"In a short time, we have reached the agreement to work with Red Bull with great enthusiasm. We have just one ambition: victory. Considering the brands involved, all the requirements are there to aspire to be successful.”

As stated earlier the team will run two cars, one in traditional Red Bull colours which will be piloted by Liam Lawson for the entire season.

“GT racing is going to be very new to me," added Lawson.

"I am super excited for this opportunity in such a high-level series with world class drivers, and to team up with someone who has top experience like Alex.

The two liveries can be viewed from the tweet below.