McLaren have presented their new MCL35M car to the public for the first time. RacingNews365 breaks down what has changed from last year. 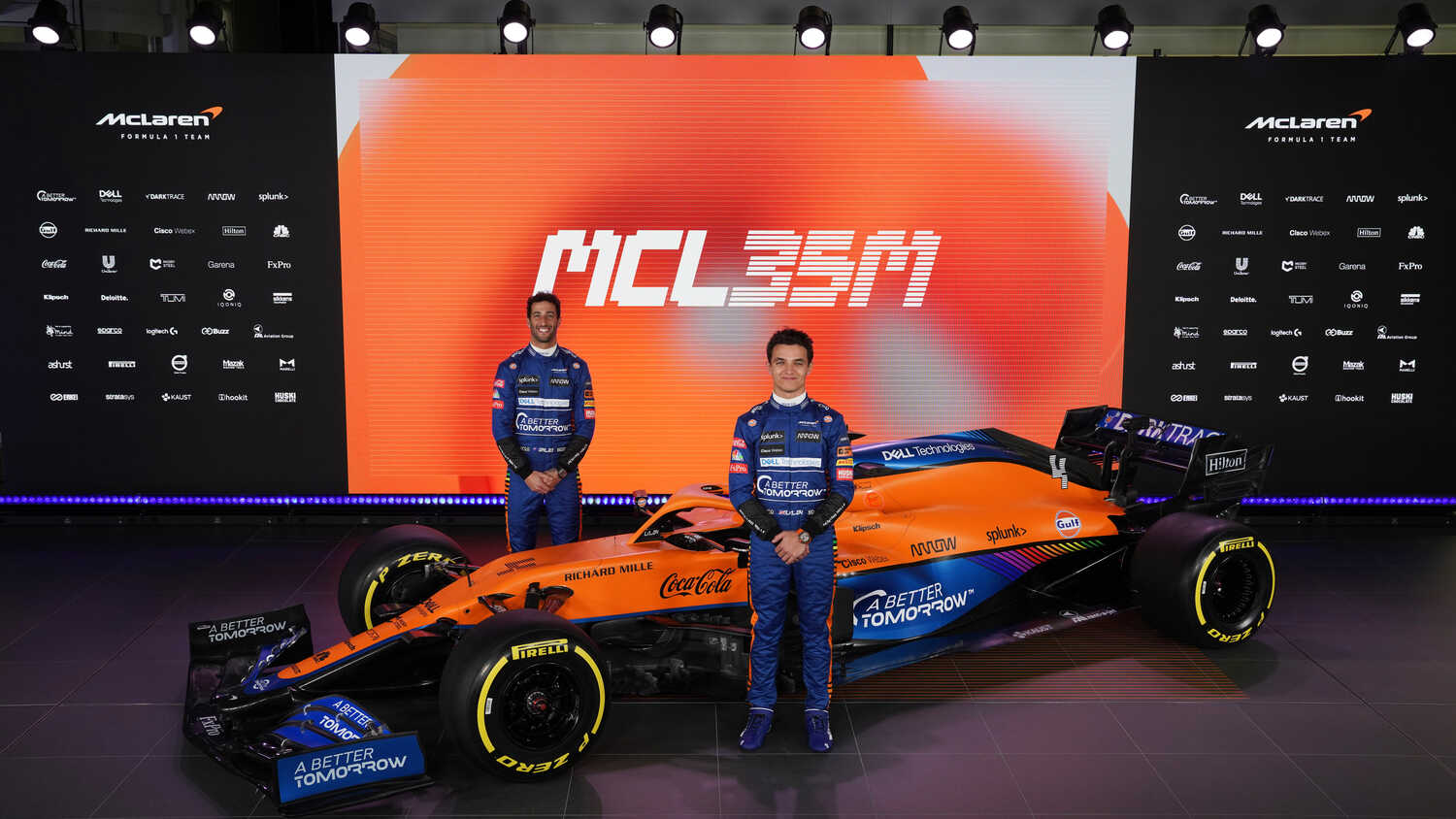 McLaren unveiled its new MCL35M contender for the first time to the public this week at a launch from its Woking base, and there are plenty of talking points to discuss.

While the team have done their best to keep some of the important details away from the public eye for now, photoshopping out key details such as the diffuser, there are a number of visible changes to the 2021 car.

The McLaren team have expertly removed the diffuser from photos distributed of the car, not surprising given the importance of this piece in F1. So sadly, not much room for comparison here. 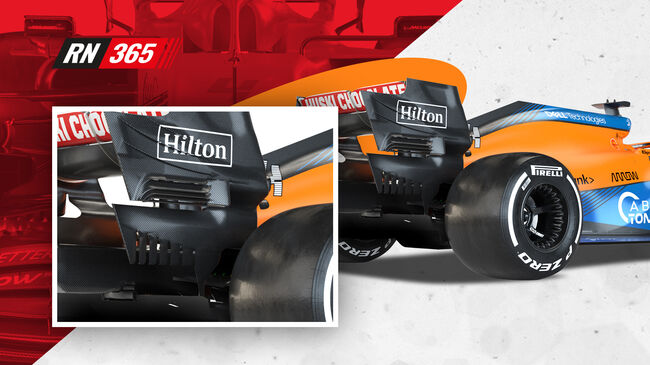 On the front of the car, we can clearly see the Mercedes nose the team added to the car for the 2020 season, and the part looks broadly identical to that seen last year. Even the Mercedes-style fins on the underside of the nose appear to be the same.

However, McLaren F1 Technical Director James Key has said that while it may look like these parts have grown organically "a huge amount of thought has gone into them" and areas such as the bargeboards and the front and rear wings had been worked on during the winter. 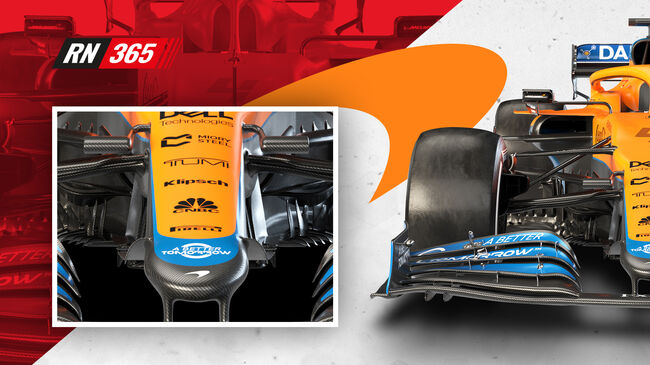 The Airbox and Radiators

One change which clearly stands out from the images is the changed intake of the airbox. The biggest change to the car for this year is of course the arrival of the Mercedes power unit and gearbox, and McLaren are hoping that the extra drive of the German engine will help it gain an advantage over the competition.

Key said that the differences in the new engine meant the team "effectively had to redesign the whole car" while still adhering to the homologation rules for this season.

"Nevertheless, the switch to Mercedes power has resulted in a new chassis; gearbox; and fuel, hydraulic, electrical and cooling systems. Even the wheelbase has changed: we’ve had to extend it slightly because the gearbox bell housing is longer to accommodate the Mercedes engine," he said.

The radiators were also repositioned and the sidepods now slope inward at a sharper angle to give the car a more round bodywork shape at the rear. The current engine cover appears identical to last year’s, but could be changed ahead of testing in Bahrain in early March. 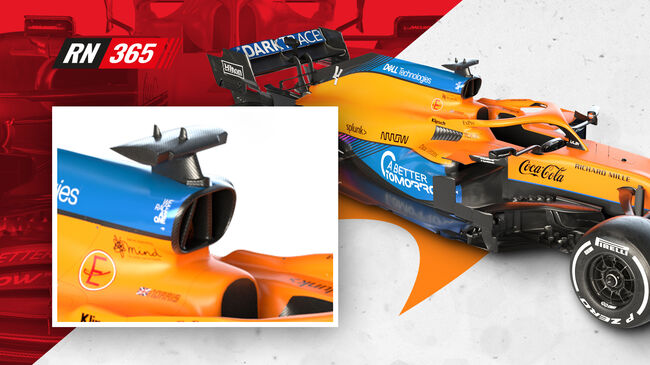 For the first time we finally get to see a car with a floor which adheres to the new regulations introduced for the 2021 season. The horizontal and diagonal wings previously in place are now banned, and the new floor tapers inwards towards the rear wheels, causing a loss of downforce.

Key said that while the changes appear subtle, they actually have a considerable impact on the car.

"We’ve been trying to claw back the downforce lost and it’s been a real challenge. It’s required fresh thinking because the geometries imposed by the regulations are unique and not something we’ve encountered in the past," he said.

"And while the changes take downforce away from the rear, it forces you to take some off the front to rebalance the car, so there’s been a global reduction in downforce." 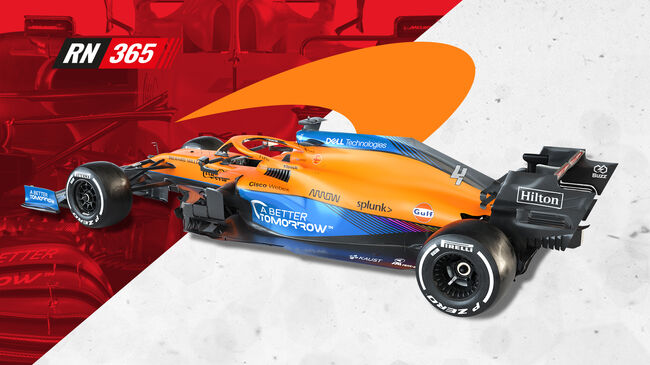 McLaren have opted for a double post attachment on the rear wing of the MCL35M, a feature it also used in the 2020 season.

On the endplates, we can see several horizontal slots, which should ensure efficient removal of disturbed airflows. 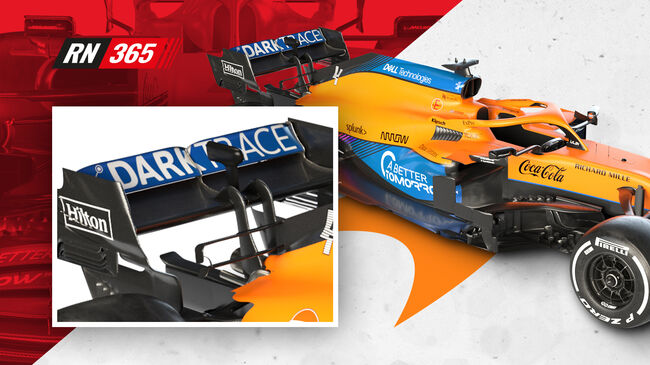