The Mexican was the man to beat in the morning session of Day Three in Bahrain. Charles Leclerc and Lando Norris kept him honest, while Mercedes finally found some consistency. 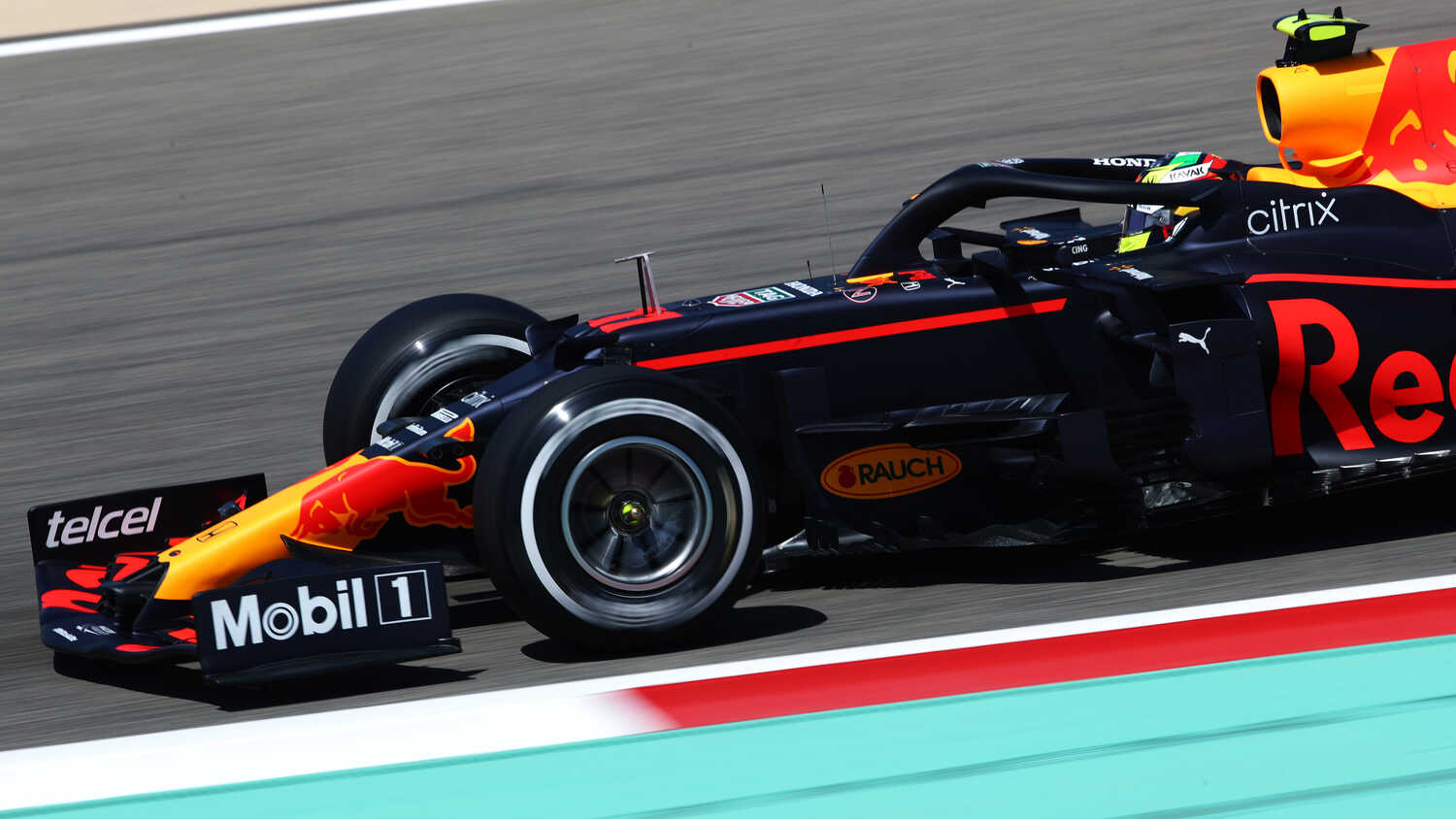 The Red Bull man set a benchmark time of 1:30.187 on the soft tyre, in what is quickly becoming a very impressive test for the team.

Ferrari's Charles Leclerc was a distant second on the mediums, three-tenths down on the Monegasque driver, while Kimi Raikkonen completed the most laps of anyone - with 91.

George Russell has had to be patient so far in Bahrain, but the young Brit finally got his chance out on track the morning, getting 77 laps under his belt in the Williams.

Mercedes have also enjoyed a much better morning, with Valtteri Bottas finalising what appeared to be a race simulation.

McLaren have had a quieter day by contrast, as Lando Norris completed the second-fewest number of laps of any driver in the first session.

Alpine looked strong once again with Esteban Ocon at the wheel, while Aston Martin avoided similar mechanical problems that blighted the team on the opening two days of testing.

Here's how things stand on the leaderboard after session one of Day Three. 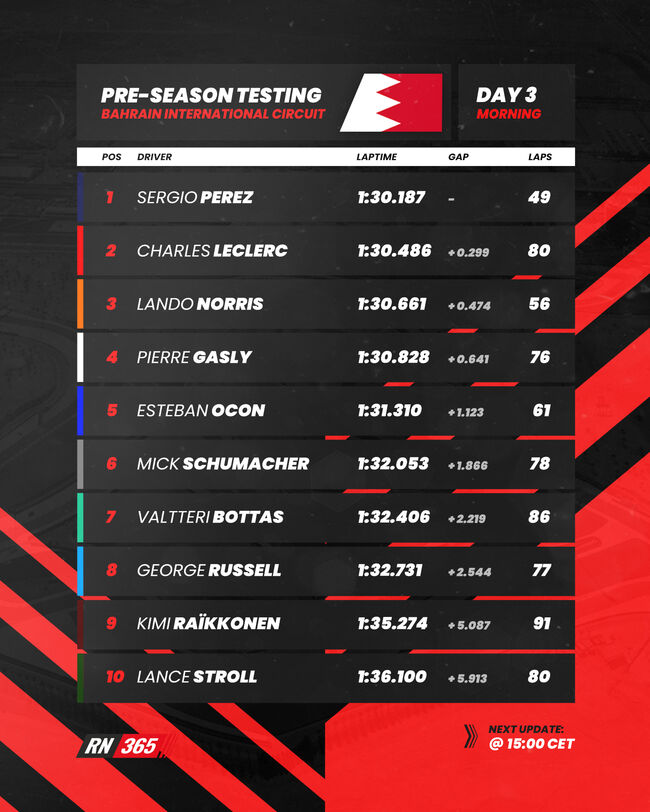