Norris calls on F1 to remove 'stupid' rule: It ruins everything

Lando Norris has slammed the red flag tyre rules that meant he lost out at the initial stoppage of the Saudi Arabian GP. 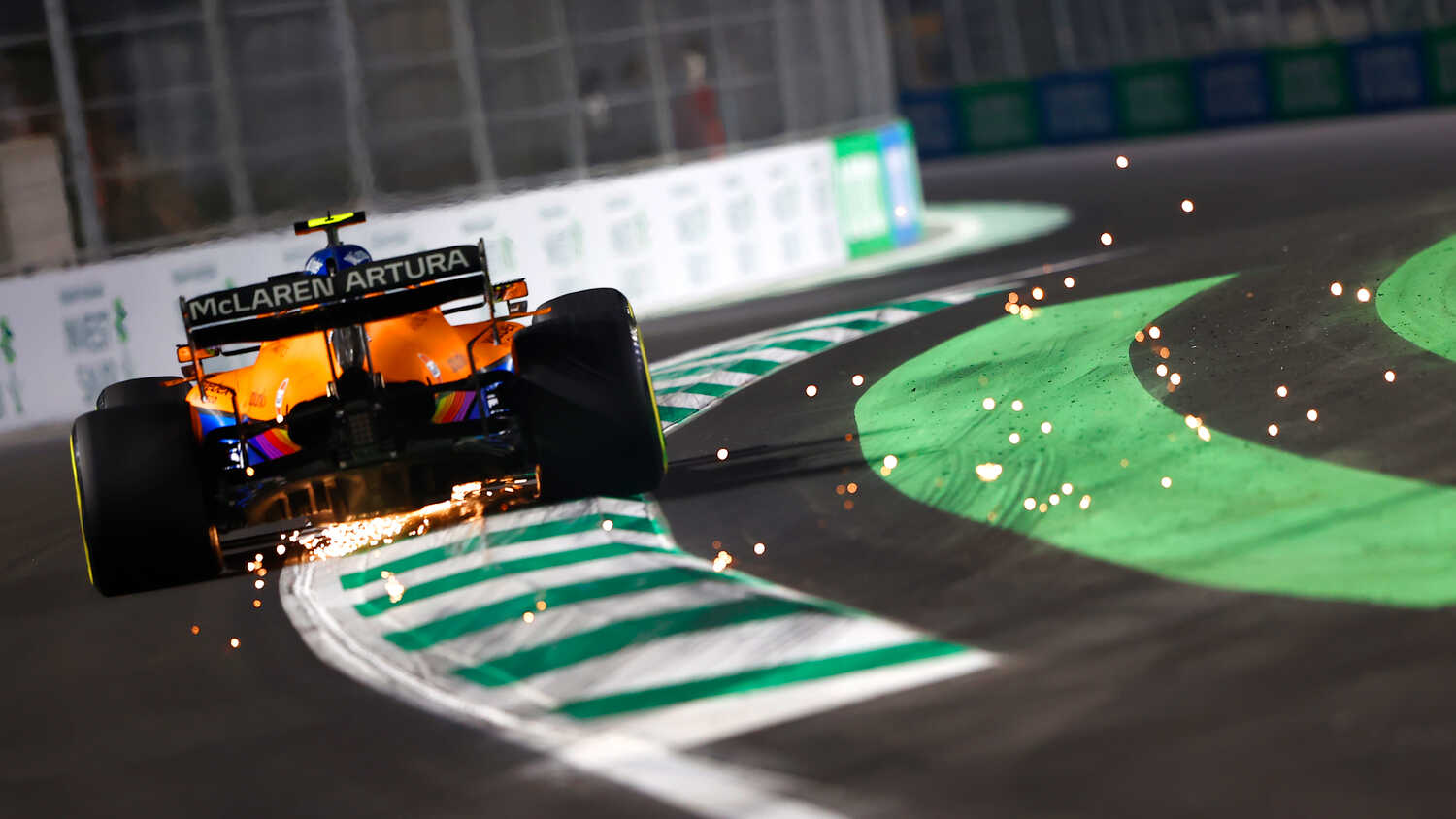 McLaren driver Lando Norris was distinctly unimpressed by the Formula 1 rulebook after the Saudi Arabian Grand Prix, with his race ruined by the red flag stoppage that reset the race on Lap 13 of 50.

Norris, who had qualified on the Soft tyre and started the race on that compound, was running in sixth place when he dived into the pits on Lap 10 after Haas' Mick Schumacher crashed and brought out the Safety Car.

Falling down to 14th as a result, Norris' race was severely compromised moments later when the race was red-flagged. This meant that all the drivers were able to change their tyres without penalty, meaning Norris' strategy call was in vain.

An afternoon of frustration

Resuming the race in 14th, Norris fell down to 16th as he negotiated the carnage on the second start.

With the race red-flagged once again, Norris started the final restart from 16th and last and, unsurprisingly, wasn't particularly happy about how his day had panned out, as he eventually came home in 10th to claim the final point.

"I think I should get given access to the rulebook to then delete this code of people [being] allowed to change tyres for free in the pits under a red flag," Norris bemoaned to media, including RacingNews365.com.

"It's happened a few times, like obviously at Monza last year, you just get a free pit-stop, and it ruined our race. Mugello, I think as well ruined our race, and here the same.

"Of course, I'm always on the bad end of it, so it probably sucks more for me than anyone, but I think it's just a very unfair rule that should be taken away."

With Norris being undone by the lottery aspect of the red flag rules, he believes that a change is required, and had a proposal to put forward.

"I think they should change it to one mandatory pit-stop with two different tyre sets needed to be used, and then I think that's acceptable," Norris added.

"But this just ruins everything, to be honest. You put so much effort in for it to be taken away for some stupid rule."

He revealed that he had already flagged the situation when it first happened to him at Monza in 2020, but that he didn't feel there was any interest from officials in changing the rules.

"Obviously it makes it exciting from a TV point of view, so if that's what they want to focus on, and they want the views to stay up, then, of course, keep it.

"I think it ruins racing from my point of view - it ruins the effort you put into it."