Dr. Helmut Marko was annoyed by Mercedes keeping their tyre warmers on their cars during qualifying at Zandvoort, given that it was something targeted by a technical directive after the Azerbaijan failures. 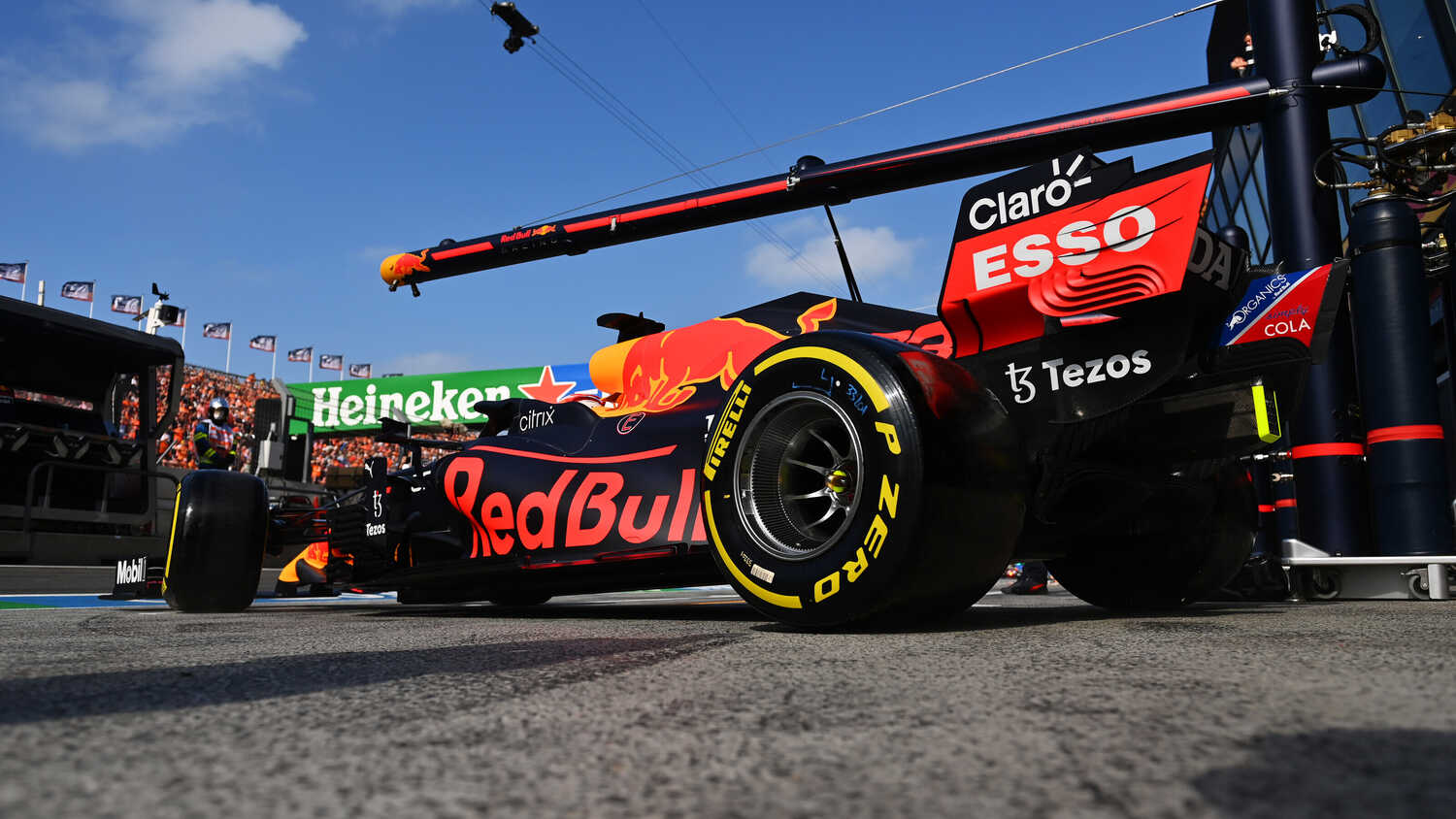 Red Bull were left annoyed by Mercedes' actions during qualifying for the Dutch Grand Prix, after an incident that Red Bull's Team Manager, Jonathan Wheatley, reported to the FIA's Michael Masi.

Mercedes held their cars in the garage with the tyre blankets still on, in contravention of a recent technical directive which states that cars aren't permitted to be on the ground with blankets being used to keep the tyres warm.

"That's exactly what we've been warned about in the past and it's not that they're looking for free space on the track," Wheatley said over the radio to Race Director Masi, with Marko explaining to Sky Sport Germany what had annoyed Red Bull.

"This is something that came from Mercedes, because this is exactly what they once accused us of," Marko said.

"They already put the car down, but had the tyre warmers put on the wheels.

"It's a bit of a game that goes back and forth, but whoever lives in a glass house should not throw stones."

A revised, length technical directive, TD003 issue C, was sent out to all teams in the wake of the Azerbaijan tyre failures, which outlined very specific guidelines for the treatment of tyres to ensure that they are always within a specified range of a 'cooling curve'.

Tyre temperatures are measured by the stewards in the garages during qualifying and the race, immediately prior to a run on track.

Any tyres found to be too hot must have their settings adjusted in the blanket before fitting, or be replaced, which could have very obvious consequences if this happened during a race.

To prevent any heat cycling issues, teams will also be reported to the stewards if they heat tyres during a session but then don't run them on the cars.