Why Leclerc was happy with P3 after 'scary' qualifying

Charles Leclerc will start Sunday's Turkish Grand Prix from third on the grid despite a bit of a scare during qualifying. 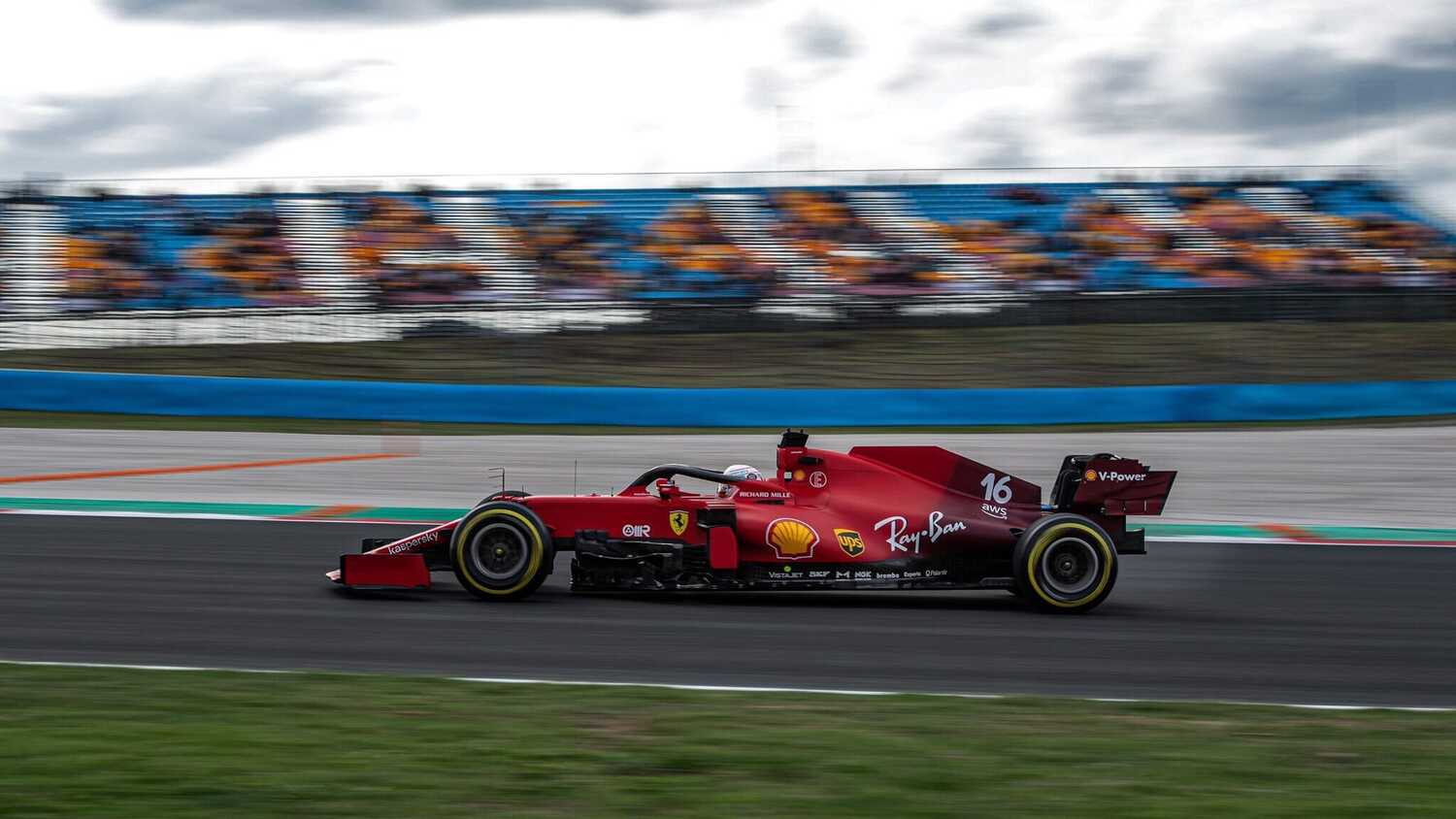 Charles Leclerc was almost relieved to qualify on the second row of the grid for the Turkish Grand Prix, admitting after the session that his low-downforce setup made things tricky.

The Ferrari driver ended the day with the fourth fastest time, however he will start third due to Lewis Hamilton's 10-place grid penalty for the race.

Following the session, Leclerc explained that he struggled in Q1 and Q2 due to his setup and the damp conditions, with teammate Carlos Sainz ultimately giving him a hand.

"It was a little bit scary," Leclerc told RacingNews365.com and other members of the media.

"Obviously, we opted for low-downforce set-up today, which ultimately is going to pay off for tomorrow, I hope, if it's sunny.

"But in those conditions, in Q1 and Q2, I was struggling and I was sliding a lot, so it was great to see that Carlos was here to help me in Q2.

"Having the traffic in the last sector was not easy and him getting me the slipstream definitely helped me. So yes, great teamwork to get into Q3 and then a great lap in Q3 to put it in P4."

When asked why Ferrari have performed well so far in Turkey, Leclerc replied: "I'm not completely sure, to be honest. It's a bit strange.

"The midfield [teams] seem to be working quite well because we are very close to pole position. It's good to see."

As for what Ferrari can achieve tomorrow, Leclerc was optimistic about his chances of finishing on the podium, as long as conditions remain dry.

"Anything is possible," Leclerc added. "I'm hoping [for] good conditions, like today, or even better than qualifying, would be great.

"If it's more wet, then I feel like we might struggle a little bit with the setup on my side."