How Sainz has had to adjust to life at Ferrari

The heightened media interest that comes with driving for Ferrari is something Carlos Sainz has noticed since joining the team. 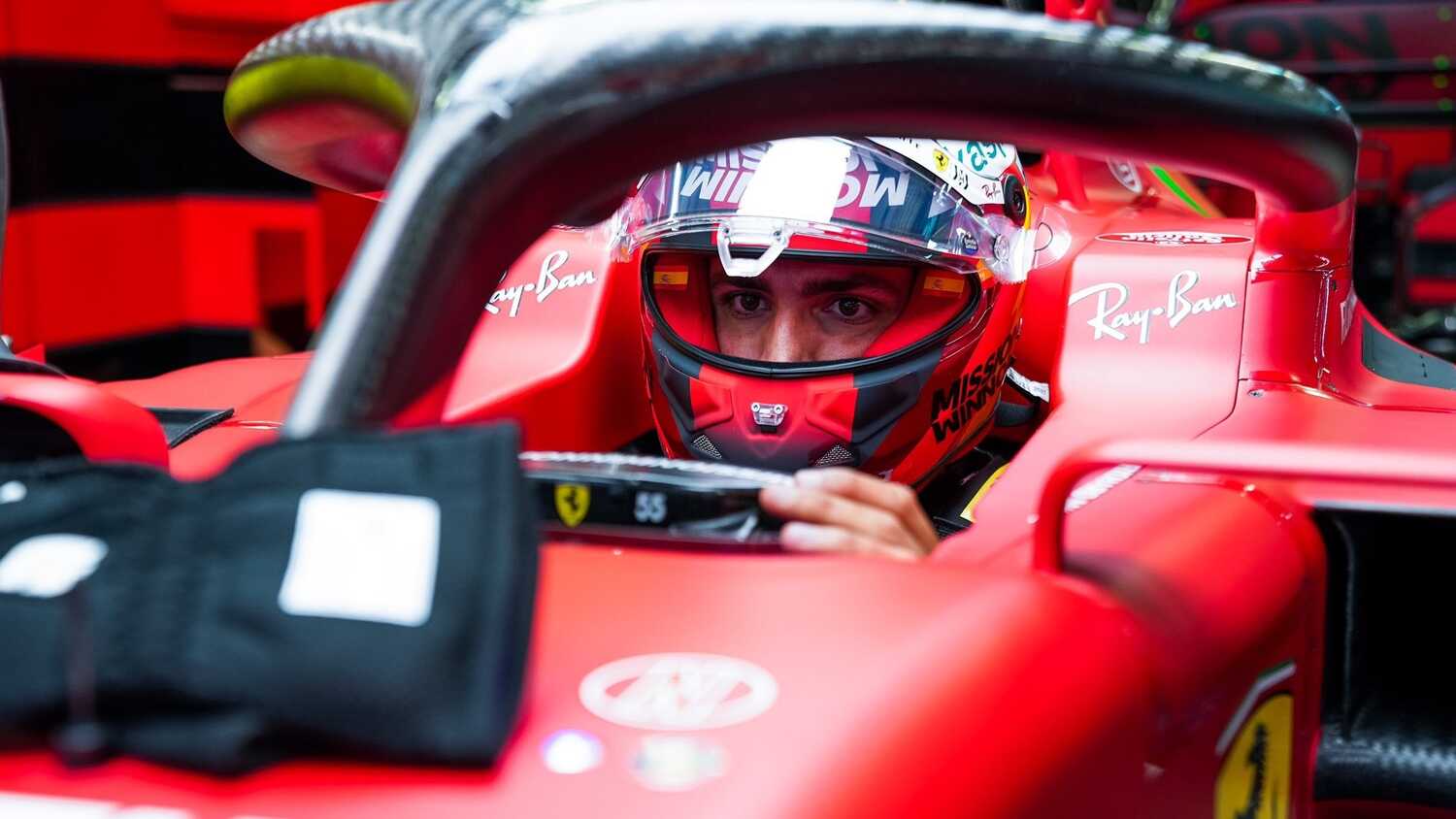 Carlos Sainz says he's still learning how to deal with the increased media spotlight since making the move to Ferrari.

The Spaniard has enjoyed a solid debut campaign for the team following his switch from McLaren at the end of 2020.

Although Sainz currently trails fellow Ferrari driver Charles Leclerc in the standings with five races remaining, he has finished on the podium three times compared to his teammate's one.

As Sainz continues to settle in on track with the Italian squad, he's still adjusting to life away from the circuit as well, and admits he's had to change his behaviour given the increased scrutiny he now faces.

"It is an interesting thing about how little 'news' can become huge 'news' just because you are Ferrari, or part of Ferrari," Sainz told Autosport. "In Italy, this happens a lot and it's something that I'm still learning how to handle.

"I'm still learning to know how to speak in some ways, to realise that maybe if I say things this way instead of saying it the other way, it can become a huge headline or not.

"As a driver, I'm in the process of trying to educate myself how to handle these kind of situations, because it's not easy at all."

Sainz says that driving for Ferrari brings the added element of racing for the country as well as the team, but it's a dynamic he's very proud of.

"There is an extra responsibility that doesn't exist in other teams," said Sainz. "The fact that you are racing for a country is different, you know.

"It's like you're at the same time playing for Real Madrid and for Spain. Racing for Ferrari means you are racing for Ferrari and for Italy, and you need to be aware of that and have the responsibility that comes with it.

"But for me it is an honour. Italy is a country that I love and that I spend a lot of time in.

"The fact that it turned out to be me is a huge honour and a huge privilege. It's something that I'm very proud of."