The life of F1 superstar Hamilton

Mercedes driver Lewis Hamilton is arguably the greatest driver Formula 1 has ever seen. Apart from his racing endeavours, the Englishman also has an array of passions he actively pursues with his success culminating in him being knighted at the start of 2021. 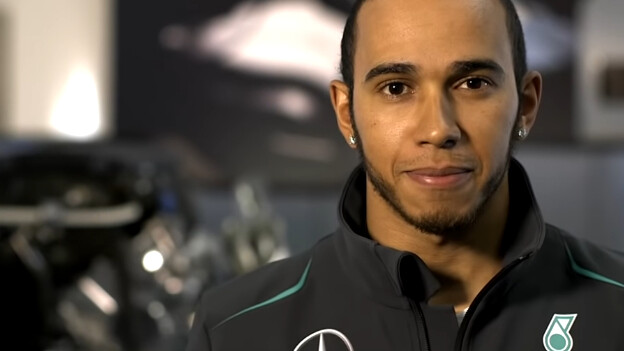 British driver Lewis Hamilton is Formula 1's poster boy. The Englishman made his F1 debut in 2007 and has since gone on to establish himself as one of the sport's all-time greats. Here's a brief look at the seven-time world champion's journey through life.

Lewis Carl Hamilton was born in Stevenage, England to Anthony Hamilton and Carmen Larbalestier. Hamilton is biracial given that his father was black and his mother white. The British star's parents divorced when he was just two years old, with his father re-marrying a woman named Linda, whom he had a son with, Hamilton's half-brother Nicholas who also races professionally.

Hamilton made his foray into motorsports first by racing radio-controlled cars at the age of five. His competitive driving career started when he began karting at the age of six with his father working four different jobs to fund his karting career. Being the only black individual at the race track Hamilton was often subjected to racist abuse.

Hamilton had a stellar karting career in Britain and was soon signed to McLaren as part of their junior program. He was at the time the youngest person to secure a contract with a Formula 1 team.

Hamilton would begin competing in the European karting championship being paired with a fellow future Formula 1 world champion Nico Rosberg. The two would forge a strong friendship that would eventually deteriorate when they reunited as teammates in Formula 1.

Hamilton would become a European karting champion in 2000.

Hamilton followed this success up by winning the GP2 Series championship in his rookie campaign, beating Nelson Piquet Jr. to the title in 2006. His performances would earn him a seat with McLaren for the 2007 Formula 1 season.

Hamilton would make a name for himself almost immediately finishing on the podium at the 2007 Australian Grand Prix on his Formula 1 debut. The Brit would come agonizingly close winning the championship at his first attempt of asking, though a tumultuous season with teammate Fernando Alonso, would cost both drivers the chance at glory with Kimi Raikkonen pipping both McLaren drivers to the title.

Hamilton would become Formula 1's then youngest-ever champion a year later when he beat Ferrari's Felipe Massa to the championship by a single point, claiming the championship by making a move on Timo Glock on the final corner, on the last lap, at the last race of the season at the 2008 Brazilian Grand Prix.

Hamilton would spend four more years at McLaren winning several races but ultimately failing to add to his championship haul.

Hamilton would move to Mercedes for the 2013 Formula 1 season and despite a slow start would go on to make history with the German squad. In his eight seasons with the team so far, Hamilton has won the championship a mind-boggling six times and has broken the record for most wins, pole positions and has equalled Michael Schumacher's record of seven world titles.

Hamilton has an extremely active social life outside of Formula 1. The Englishman has maintained a strong presence in America and is an avid fashion and music enthusiast.

Hamilton also has a deal with Tommy Hilfiger where he designs his own clothes under the larger label and was key in bringing the fashion giant on as a partner for the Mercedes F1 team. and

Hamilton also owns a music studio and featured on a song by Christina Aguilera under the stage name XNDA.

Below are a few facts about the future Hall of Famer, which you may or may not know.