The Mercedes driver believes he will not be taking a grid penalty for a new engine in the remaining five races of the 2021 F1 season. 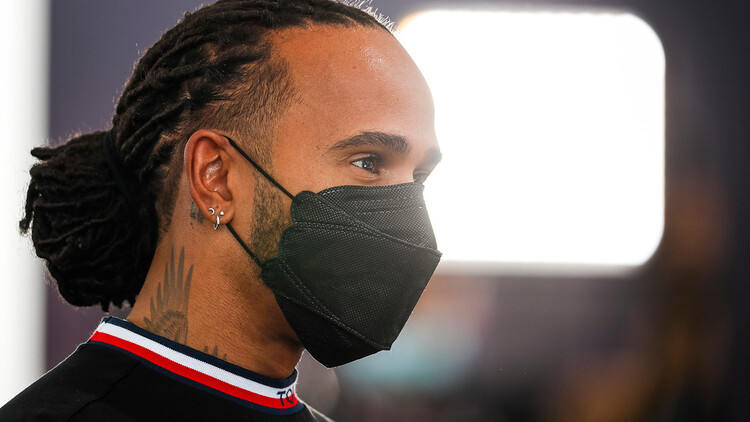 Lewis Hamilton says he is not aware of any potential grid penalties for a new engine in the remaining five Formula 1 events.

Hamilton was forced to use a fourth Internal Combustion Engine in Turkey, whilst teammate Valtteri Bottas has been hit with grid penalties at three of the last four races.

Red Bull's Helmut Marko believes Hamilton will have to change his engine before the end of the season, but the seven-time World Champion has stated otherwise.

"I believe our engines are strong," Hamilton told media, including RacingNews365.com. "As far as I'm aware, we're hopefully going to the end of the season [without a new engine]."

Red Bull are stronger in the hotter conditions

Hamilton trails Max Verstappen by 12 points in the Drivers' Championship, having been narrowly beaten in Austin.

He reckons Red Bull will be the team to beat this weekend in Mexico, given their past record, but remains "excited" about the title race.

"I think the fact is, we haven't brought an upgrade for a long time, since Silverstone, and we know that they were bringing upgrades well past that," added Hamilton.

"Generally they have, I think, a little bit extra performance on the rear end of their car. It seems like in the hotter places, they seem to be doing a little bit better than us.

"This has just been a track they have been very strong at, like Budapest, for example, where they've been strong in the past.

"But that doesn't mean that we can't be strong this weekend. We'll find out when we get out there.

"Of course, it means that we have to extract absolutely everything and push absolutely to the limit, trying to leave no stone unturned, no performance on the table, which can happen. So we're just trying to make sure we cover every area possible."