NIO driver Oliver Turvey came out of the pits full pelt apparently unaware that the rest of the cars on track were near static ahead of a practice start during FP1 ahead of the first Rome E Prix race of the weekend later today. 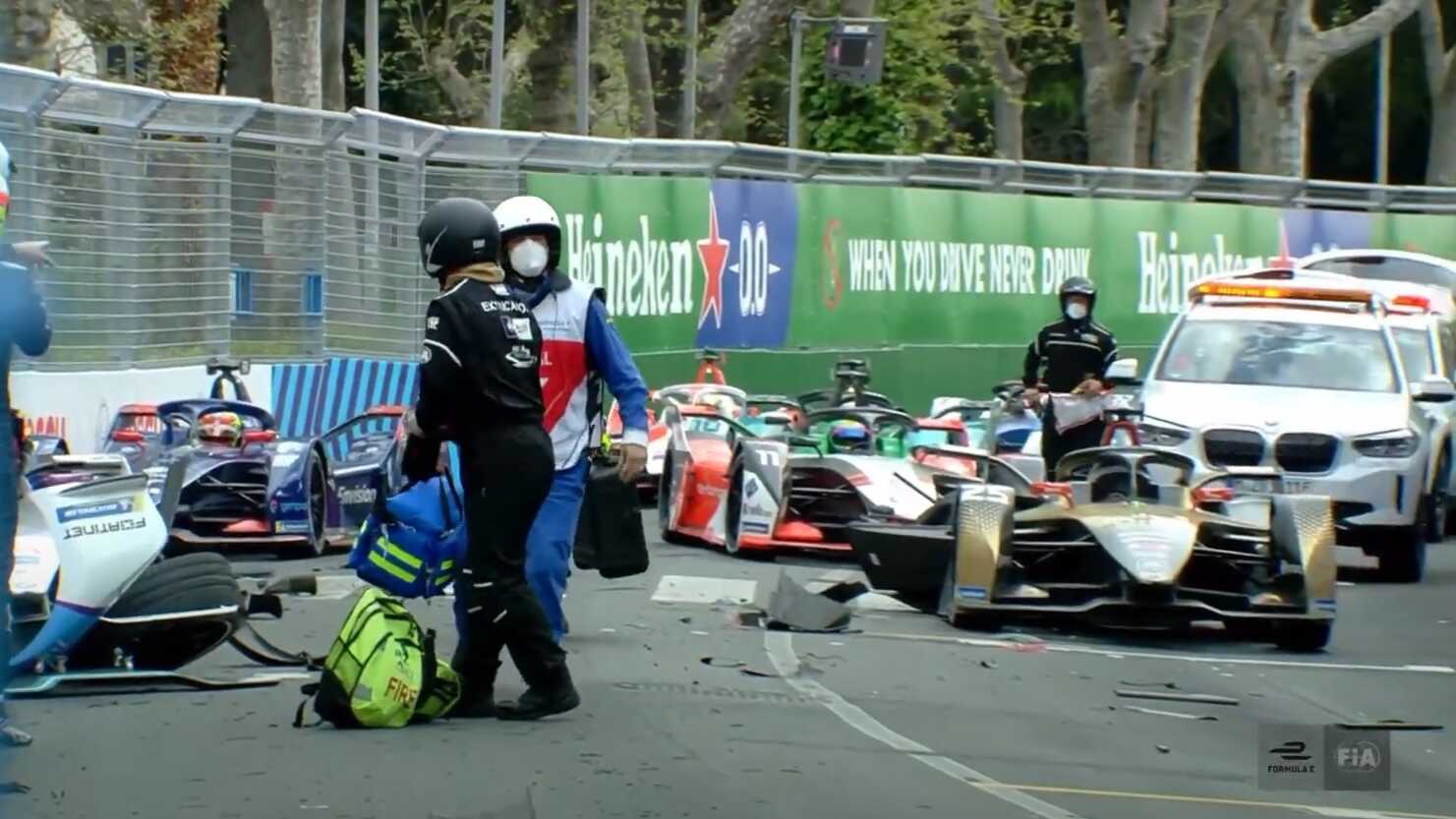 Formula E driver Oliver Turvey has had a huge crash which red flagged the first practice session ahead of the Rome E Prix after his NIO car hit into the grid which was lining up for a practice start.

The impact tore off the front end of Turvey’s car and caused damage to multiple other drivers including Jake Dennis and Jean Eric Vergne. All drivers have been cleared by medical staff at the race, Formula E said.

The track is being cleared of debris ahead of the second practice session and qualifying later this morning.

Check out this video of the crash below: