Bottas: I can't be too happy with third place

Valtteri Bottas has had a strong weekend in France following some disappointing results. The Finn looked set to qualify second on Saturday, only for Lewis Hamilton to beat his time in the closing stages. 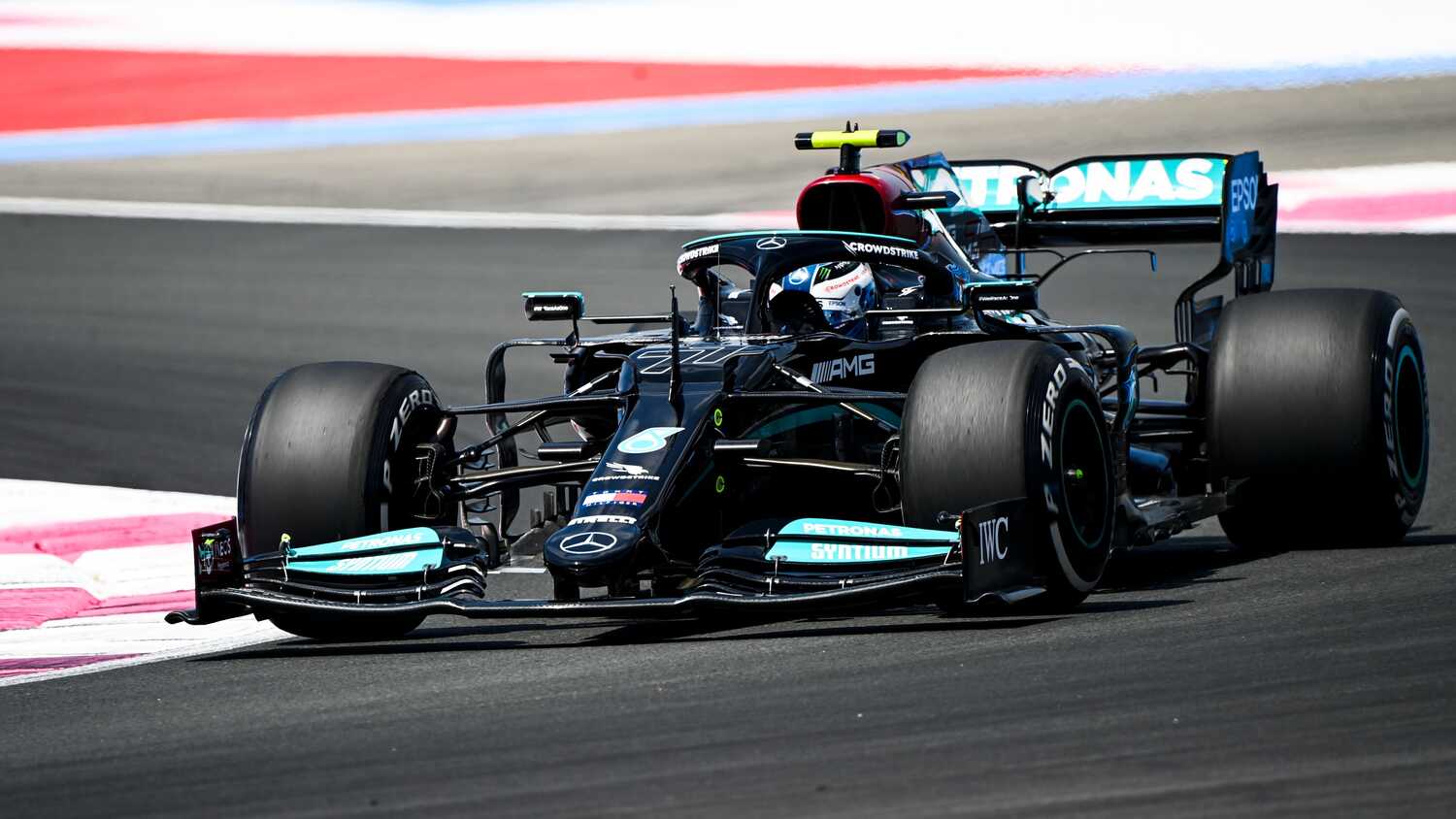 Valtteri Bottas looks to have returned to form after some disappointing results, though the Finn admits starting the French GP from third on the grid wasn't ideal.

The Mercedes driver finished with the fastest time in FP1 on Friday, and he followed that up with the second fastest time FP2 and FP3. However Bottas will start Sunday's race from the second row after teammate Lewis Hamilton got the better of him at the end of the session.

"It's been a strong weekend, a lot better than a couple of weeks ago so at least we know the pace has been there," Bottas told Sky Sports. "We've seen that it's going to be close with Red Bull, as it was today.

"The last run in Q3 felt good so I didn't really feel like there was that much more lap time to get, so of course I can't be too happy being third because it's been a strong weekend otherwise."

Bottas added that his Q3 didn't get off to the best of starts, though he made up for it with his second run.

"The first lap in Q3 I had a bit of snap in Turn 2, but the second lap was good," Bottas added. "So we need to find out where we are lacking some speed."