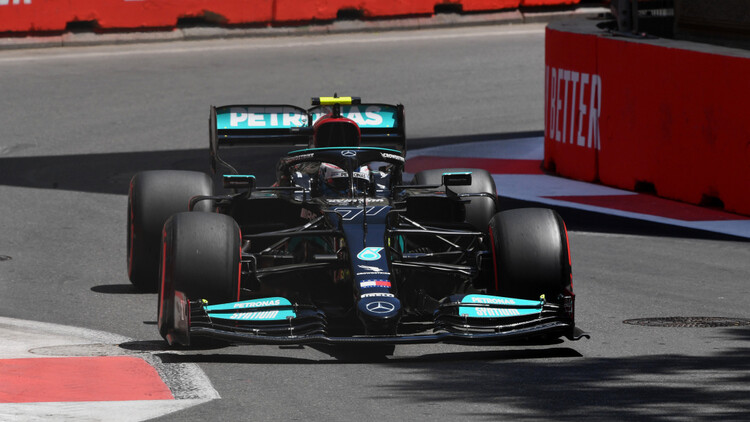 Valtteri Bottas is baffled with his lack of pace after a difficult qualifying session which saw the Mercedes driver qualify in 10th place.

Bottas and teammate Lewis Hamilton have been struggling all weekend in Baku. But Hamilton managed to turn things around in time for qualifying and will start the Azerbaijan GP from the front row of the grid ahead of Max Verstappen whilst Bottas was the slowest driver in Q3.

"It was pretty messy, as expected here, with the red flags, yellow flags, everything, and I missed the last run like many others,” Bottas told RacingNews365.com and other select members of the press.

“But something is still not right. I’m so far off the pace and I have no clue why. I have no explanation. I’m losing at every corner. If I push harder, I’m in the wall so that’s the limit.

“It’s strange. Coming here I thought we would be fighting at the front. Lewis is at the front now in the fight and I should be as well. I have no explanation. I think something is wrong.

"There's not much we can do as the car is in pare-ferme but we'll try and understand everything."

Bottas used a different rear wing to Hamilton with the Finn opting to run with a higher downforce wing. However, Mercedes team principal Toto Wolff does not think that the difference in rear wings between his two drivers was the reason for the gap between the pair.

"The rear wing doesn't explain any of the difference," Wolff told RacingNews365.com and other select members of the press. "I don't think it was a big disparity in qualifying.

"In the race, it might have a slight effect but the difference was that the car was very tricky all weekend. Somehow, Lewis found the confidence for qualifying and Valtteri struggled.

"On a circuit like this one, that is important. In Monaco, Valtteri had it and he was feeling fine."