April 1: When Hamilton retired and Baku was off the calendar

The F1 world was in full flow this April Fool’s with some creative and some misguided jokes intended to tickle the community. 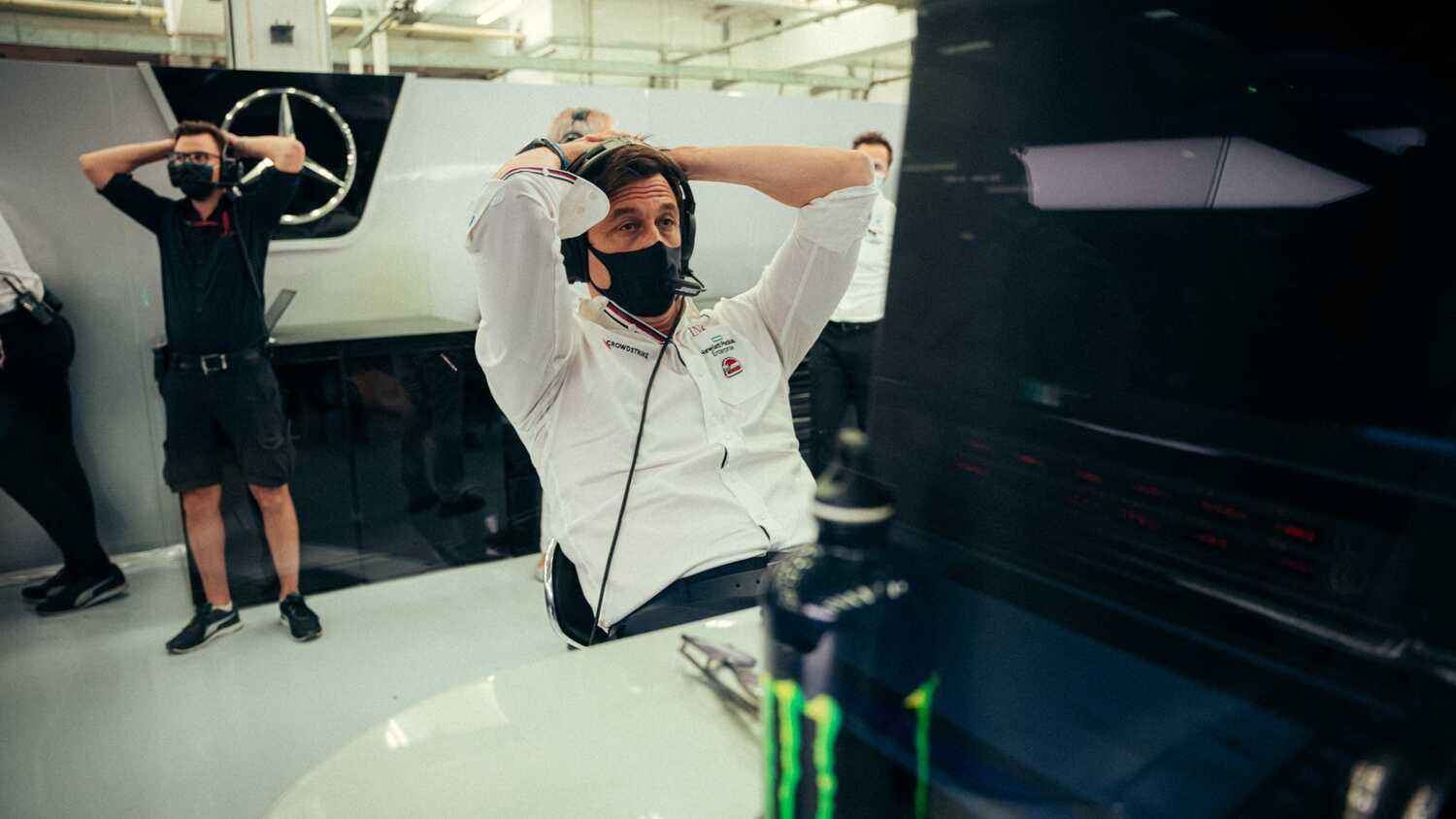 In the internet age, it’s not always easy to tell what is fact and what is fiction, and that becomes a step harder on April Fool’s day when the joking can at least get to a level we all know is frivolous.

The F1 world got fully involved this year, from Lewis Hamilton’s non-existent disqualification in Bahrain and move to NASCAR to special treatment for Max Verstappen on Zandvoort’s return to the calendar this season.

Here are some of the best April Fool’s from the Formula 1 community.

Fancy another addition to the F1 grid? F1i wrote that next year there would be yet another team on the grid, registered by the Formula 1 organisation itself.

Purportedly led by former team boss Ross Brawn, the idea of the new squad was to give young talent and drivers the opportunity to develop. Sadly, no dice in reality.

Meanwhile Sir Lewis Hamilton was the butt of plenty of jokes this year, with GrandPrix24/7 announcing the champion’s premature retirement while The Judge 13 went all in on the controversy over the Mercedes’ drivers adventures at Bahrain Turn 4 last weekend saying that he had actually been disqualified from the race.

Or was it a move to NASCAR for 2022 to hook up with basketball legend Michael Jordan’s new team? Either way, Hamilton is still set to race in F1 this year.

Max Verstappen was also the subject of some jokes, with a headline on Inside Racing proclaiming the Dutch driver would be granted access to the shortened layout of his home track of Zandvoort later this season to make up the ‘Mercedes only’ rule at Turn 4 in Bahrain.

While most jokes went off without a hitch, some were not so lucky.

The Baku City Circuit, which hosts the Azerbaijan Grand Prix in June, tweeted that the race had been cancelled due to complications around the COVID-19 pandemic.

Perhaps that one hit too close to home, as the tweet has now been removed from the account. 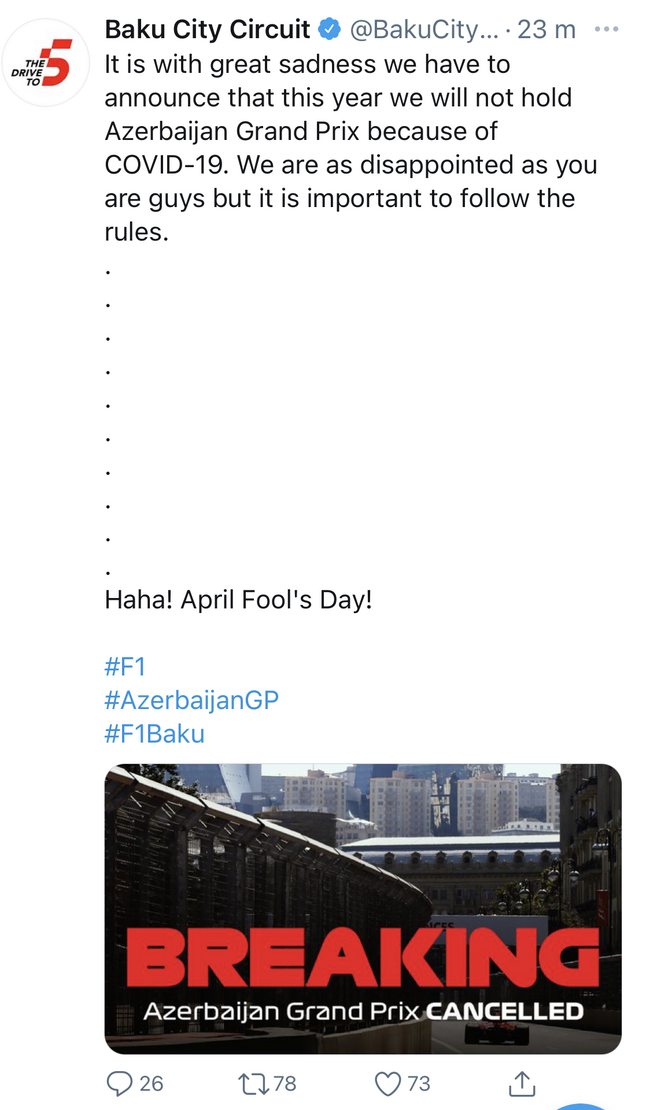