Andretti: Grosjean is a force to be reckoned with

In an exclusive interview with RacingNews365.com, Mario Andretti has said that Romain Grosjean is set for a big step in his career as the French driver moves to Andretti Autosport for 2022. 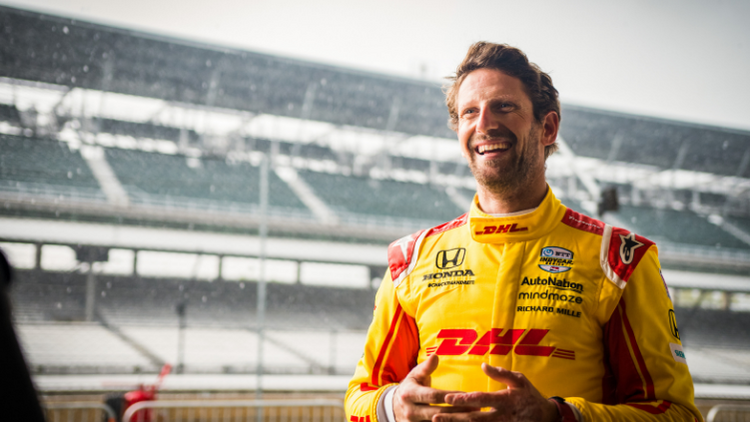 Romain Grosjean has a chance of becoming one of IndyCar's leading lights in 2022, as he has signed a deal that sees him join Andretti Autosport to drive the No.28 car.

It's been a whirlwind 12 months for Grosjean, in more ways than one. Following the curtailed end to his Formula 1 career with the backmarker Haas team, he recovered from the injuries sustained in a violent Bahrain Grand Prix crash to switch to IndyCar with Dale Coyne Racing for 2021.

Running a road course-only programme, Grosjean impressed sufficiently to be considered for Rookie of the Year and secured three podiums during his first season in the series. This was enough to catch the eye of Andretti, who have signed him for a full programme next year.

Speaking in an exclusive interview with RacingNews365.com, Mario Andretti, father of team owner Michael and the 1978 Formula 1 World Champion, said Grosjean has flourished since making the switch to racing in the United States.

"In F1, unless you're with one of the top three teams, you don't have a chance in hell to be able to bring really good results.

"But you can see that Romain embraced it, because he feels that he has the same car as all the regulars who have been scoring. He feels competitive immediately and that gives you a big confidence boost."

While Grosjean's form in Formula 1 was sporadic, as he didn't always drive competitive machinery, and sometimes struggled with making errors of his own, Andretti said he has shown enough during his time at the top of motorsport, and expects him to step up with Andretti Autosport.

"I'm not surprised at how well he went, because if you look back at Romain's career, he's a force to be reckoned with, no questions," he said.

"Honestly, anywhere in the field you can have a chance of winning, in IndyCar.

"He's got a lot of people's attention, no question. He'll be a player. I think he's going to enjoy this chapter of his career."