Alpine stayed on in Bahrain to carry out a test of the new 18 inch wheels on behalf of Pirelli. 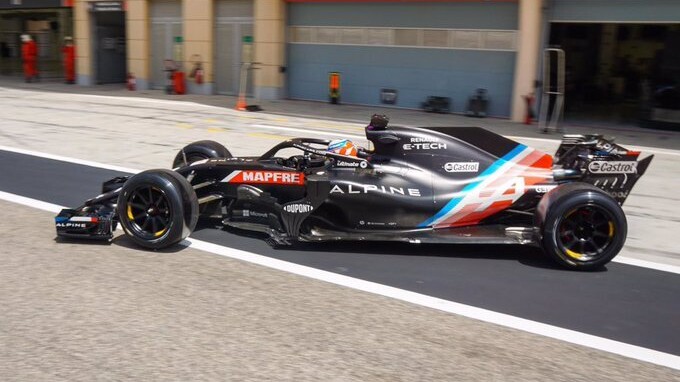 Alpine have concluded their first day of a two day test run they're conducting with Pirelli.

Following on from Ferrari's test on the new 18 inch wheels and tyres, Alpine carried out the test on Wednesday with Pirelli.

Esteban Ocon was at the wheel of a modified Renault 2018 R.S.18 for the day's track action, which is part of Pirelli's year-long accumulation of data and testing ahead of next year's 18 inch wheel introduction.

"It was a very interesting day and the first time I've tested the 18 inch tyres," Ocon said after climbing out of the mule car at the end of the day.

"Bahrain is one of the best circuits to test as it's hard on tyres.

"It was nice to learn the differences between the 13-inch to 18. Some things were positives, there are some things to work on, but overall it was pretty good."

Every team was given the opportunity to take part in Pirelli's test programme, with nine of the ten teams supplying mule cars for Pirelli to use. Just Williams will not take part over the course of the season.

Alpine stay on for another day on Thursday, with Fernando Alonso at the wheel of the R.S.18 to conclude Pirelli's three day test.

Teams are not informed by Pirelli as to which compound are fitted, and the test programme is dictated by the tyre manufacturer with no development work permitted.

All data learned and gathered is shared by Pirelli with all the other teams.