Formula 1 may be heading for new ground in the modern era with a race at Zandvoort, but the venue's history hosting the Dutch Grand Prix has met with tragedy on two occasions. 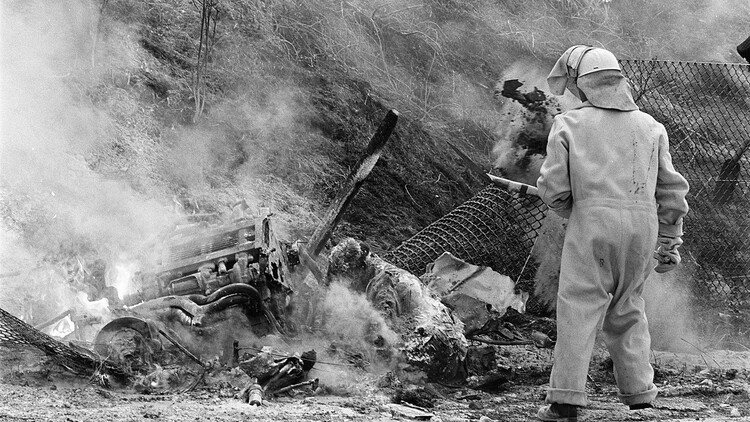 Formula 1 returns to the Netherlands for the first time since 1985 this weekend, with the historic track at Zandvoort set to play host to the Dutch Grand Prix.

The Netherlands used to be a stalwart on the calendar, with the fast but twisty and idiosyncratic circuit set amongst the sand dunes on the coastline of North Holland. It's expected to be a pulsing cauldron of energy this weekend as the home fans cheer on Max Verstappen, but let's stop for a moment to remember two men whose stories ended while racing in Formula 1 at Zandvoort.

During the early 1970s, Piers Courage and Roger Williamson lost their lives while racing at Zandvoort. Both men died in crashes on parts of the circuit that no longer exist as part of the venue, as can be seen on this fascinating video from the Circuits of the Past YouTube account. The sections of track involved are now part of a golf course constructed over the demolished part of the circuit.

Racing a De Tomaso car entered by Frank Williams' first F1 team in 1970, Piers Courage lost his life in a crash at Zandvoort in that year's Dutch Grand Prix.

Courage had been running in the midfield after qualifying ninth for the race, when it's believed his steering or front suspension failed at the fast Tunnel Oost corner.

The British driver ended up going straight on at the bend, travelling up the side of one of the sand dunes. The car disintegrated and caught fire, with the engine also separating from the chassis.

The De Tomaso chassis was unusual in that magnesium had been used to help reduce its weight, with the magnesium burning ferociously, to the extent that nearby trees and bushes also caught fire.

It's believed that Courage died on impact, or at least was knocked unconscious by the initial impact, due to a wheel coming back and hitting him. This is because the car was upright once the fire was extinguished, and hadn't apparently trapped Courage in place.

Courage was just 28-years-old when he died, the heir to the throne of the Courage brewing company. Having entered Formula 1 in 1967, he had raced with BRM, Brabham and Lotus before switching to racing for Frank Williams.

His best results came in 1969, where he finished second at the Monaco and United States Grands Prix.

Roger Williamson was a fresh-faced 25-year-old rookie in only his second F1 event when he entered the 1973 Dutch Grand Prix at Zandvoort with the March team.

On the eighth lap of the race, Williamson is suspected of suffering a tyre failure that caused him to flip over and slide upside down down the track at the Tunnel Oost section.

Relatively unhurt by the initial accident, Williamson was trapped in place in the upside down car as flames took hold of the March.

Under-equipped track marshals were unable to get the car flipped over, with another driver, David Purley, stopping and crossing the track to help the marshals try to free him. Tragically, he was helpless to prevent Williamson from burning to death, strapped in and upside down in the cockpit, despite grabbing fire extinguishers from the marshals and spraying the car.

Purley later revealed that Williamson had been alert and conscious, and pleaded with him to help him escape the burning car. However, by the time a fire engine had arrived and the flames were put out, Williamson had died.

Tragically, Purley's attempts to help had caused other drivers to think he was the driver of the burning car and didn't stop to help as a result, despite Purley's gestures and frantic signals for help as cars passed the site.

Purley was later awarded the George Medal for bravery in attempting to save Williamson.