The Mercedes team boss believes the latest dispute between Red Bull and Mercedes is nothing new and says "questions are asked" all the time. 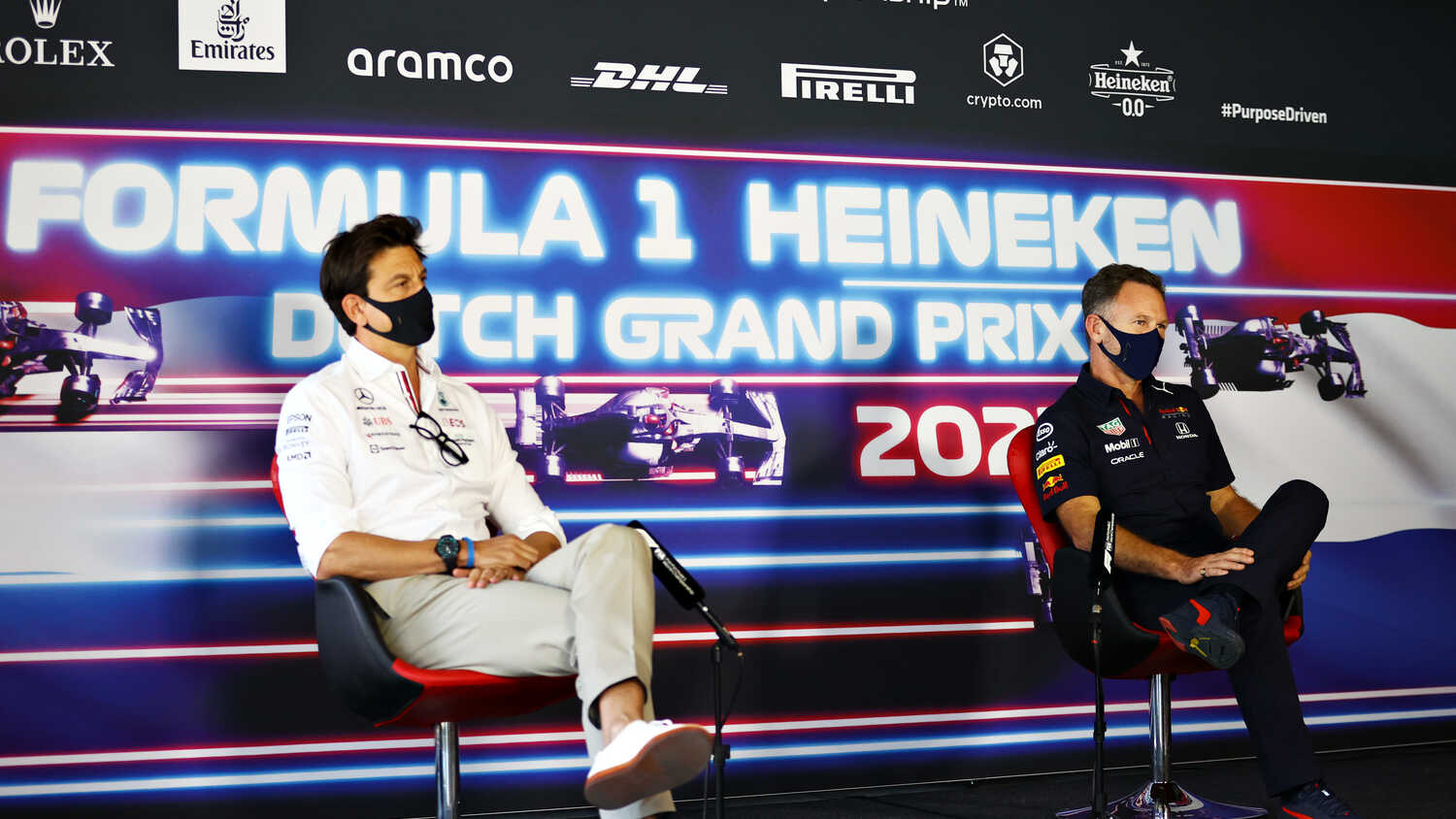 Mercedes Team Principal Toto Wolff says he "wishes" Mercedes had a special intercooler trick in their power unit and believes there is nothing abnormal about rivals questioning the W12's performance.

Red Bull have reportedly made a query to the FIA regarding the sensors of the Mercedes power unit that record the engine's inlet plenum temperatures.

The claim is that Mercedes have found a trick with their intercooler, through a loophole for cooling compressed air to 10 degrees below air temperature.

Cooler air has more density, meaning that more fuel can be burned, and that an engine manufacturer that can use this cooler air in the first part of the acceleration phase would then have an advantage.

"I heard the first time about it a couple of days ago," Wolff told RacingNews365.com and other select members of the press.

"I would wish we have some kind of special solution. It's the modus operandi in Formula 1, 'business as usual'. Queries are being taken to the FIA, questions are being asked, and that's completely normal."

Mercedes and Red Bull have been involved in several off-track squabbles this year, including controversy with flexi-wings, tyres and accident damage. Horner sees Red Bull's query on Mercedes' power unit as another saga in the F1 title fight.

"I think that is the nature with all technical clarifications, they go continually between all of the teams, and those clarifications are usually to ascertain if something is, in the eyes of the governing body, acceptable as a solution," said Horner.

"Obviously, that dialogue between the engineers within their forums as well, within the technical working groups, is an ongoing process, so I'm sure it doesn't come as any great surprise."