Wolff: Red Bull had a 'very dominant' package in qualifying

Mercedes team boss Toto Wolff says Red Bull had the car to beat during qualifying for the Saudi Arabian GP. 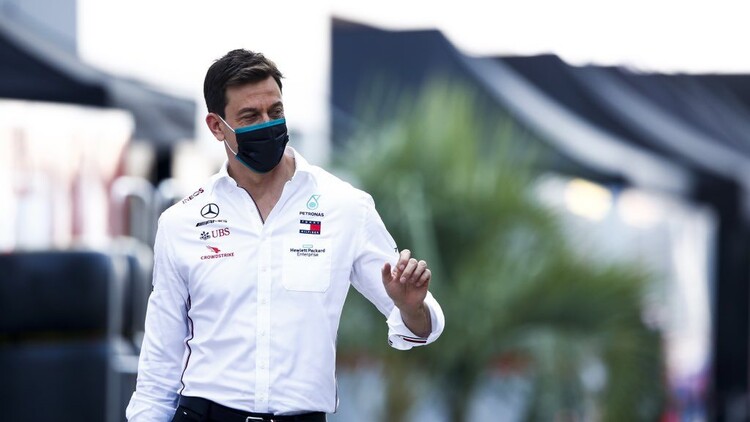 Hamilton led a Mercedes 1-2 after Max Verstappen crashed at the end of qualifying when he was on course to take pole position.

The accident has put Mercedes in a strong position for the penultimate race of the 2021 Formula 1 season.

"They had a very dominant package today," Wolff told Sky Sports. "Their car was really great. They just brought the tyre into the right window with a single warm-up lap and we struggled to really have enough grip.

"Then Max was up by about half a second and pole position was basically gone. But he ran wide in the last corner, kept going, stayed on it and touched the wall.

"We've ended up 1-2, which is a big advantage for tomorrow, but it's just crazy."

Mercedes appeared to be quickest on Friday, but Red Bull hit back in FP3 and qualifying as they got the Soft tyre into the right window whilst Hamilton struggled throughout the day.

Wolff thinks Red Bull have focused on having a strong car over one lap, which is why they could bring the Soft tyre up to temperature quickly, so they might be on the backfoot in the race.

"It was important at that stage to keep it together and just continue attacking. Valtteri with his lap, that is a big difference to be there and with the front row lockout," said Wolff.

"I hope we can take it into tomorrow. I think they've concentrated on a single lap. That's also why they brought the tyre in the window quickly and if we have that tiny bit of advantage tomorrow, [so] who knows?"