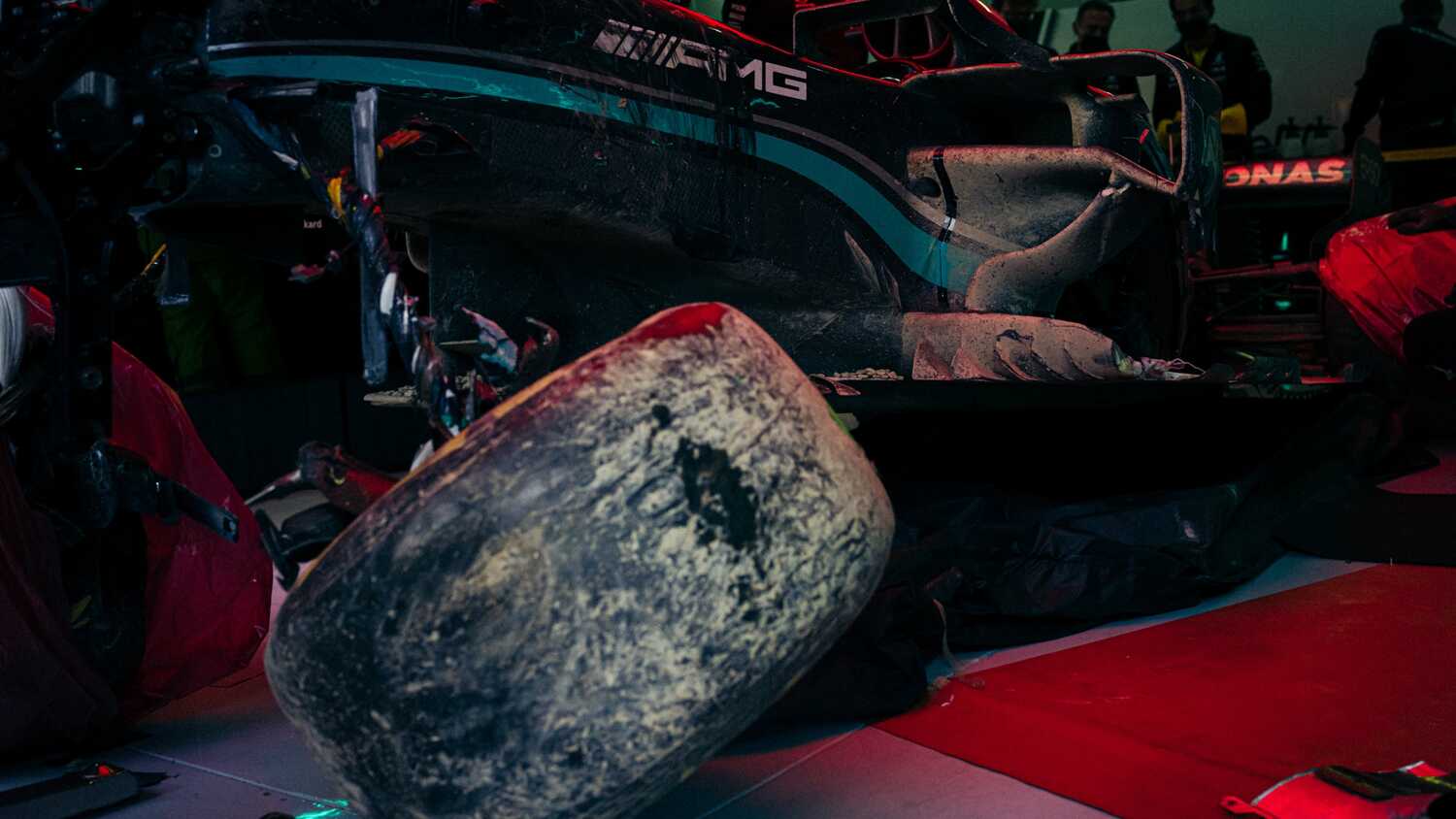 Mercedes' team boss Toto Wolff has said that Valtteri Bottas' heavily damaged W12 might end up slowing down development over the 2021 season, due to the newly introduced budget cap.

Bottas' chassis picked up heavy damage in the mid-race collision with Williams' George Russell, with the W12 ploughed into by the other car before spearing into the barriers entering Tamburello.

Wolff was suitably unimpressed by the situation, and explained that the crash may have an impact on the team's 2021 development in light of the new financial constraints that limit teams to spending just $145 million over the season.

"The whole situation is absolutely not amusing for us, to be honest," Wolff told media, including RacingNews365.

"It's quite a big shunt. Our car is a write off, in a cost cap environment that is certainly not what we needed and probably going to end up, you know, limiting upgrades that we're able to do.

"We are very stretched on cost cap. And what we always feared is a total write off of a car. Now this one is not going to be a total write off, but almost, and that is not something we really wanted."

With Mercedes protege George Russell the trigger for the accident as the Williams driver lost control on the damp tarmac off the racing line, Wolff highlighted his displeasure with the incident essentially being 'in-house'.

"George should have never launched into this manoeuvre.

"Considering that the track was drying up, it meant taking risks and the other car is a Mercedes in front of you. And in any driver's development for a young driver, you must never lose this global perspective. So yeah, lots to learn, and fine I guess."