Wolff explains Hamilton's deficit to Verstappen in the rain

Toto Wolff is unconcerned about Lewis Hamilton failing to secure pole position at Spa-Francorchamps, given the approach Mercedes have taken with their car setup for the Belgian GP. 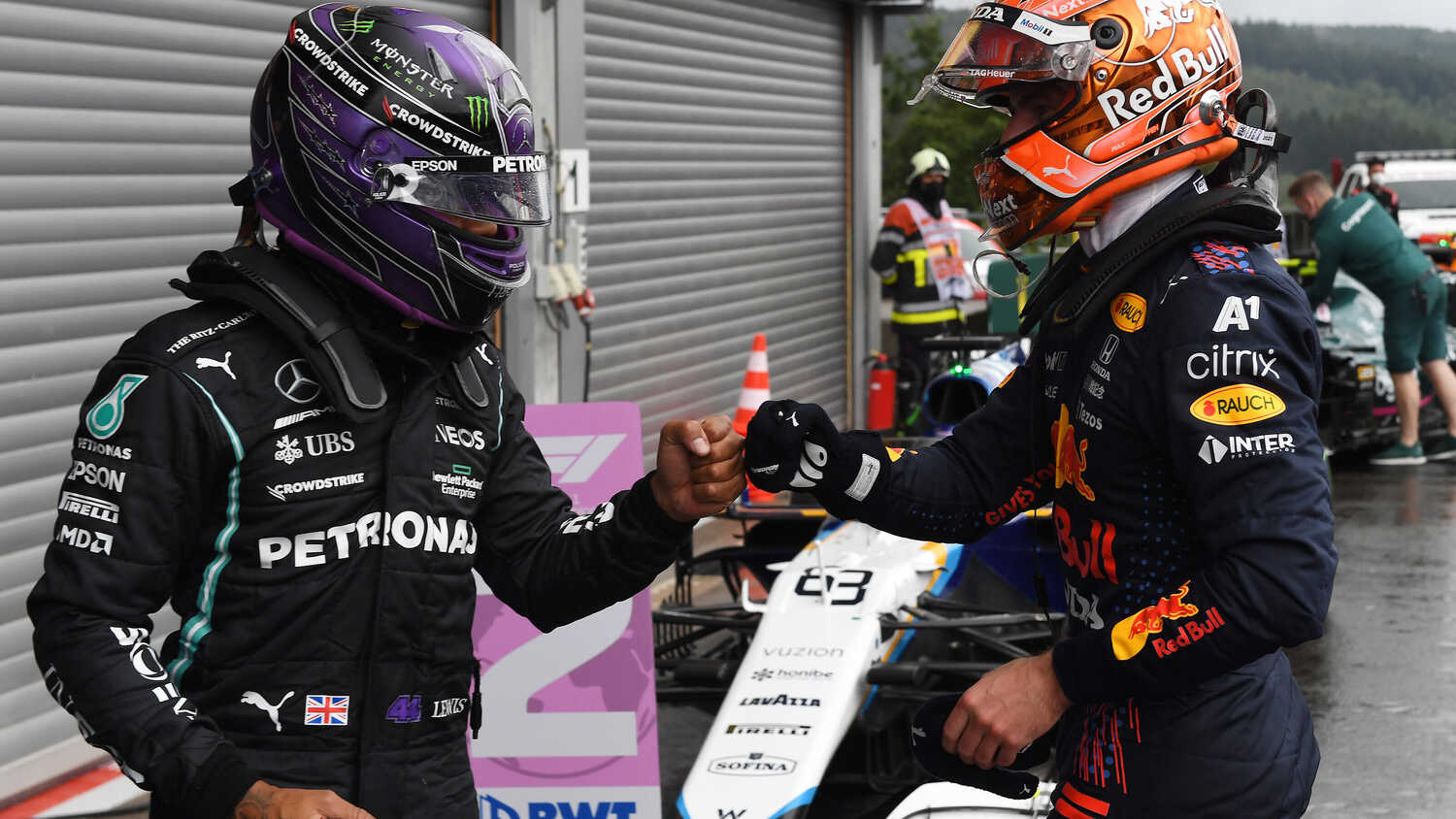 Mercedes team boss Toto Wolff was unconcerned by Lewis Hamilton being unable to qualify higher than third for the Belgian Grand Prix, explaining that they are running a lower downforce setup on their cars, geared towards drier conditions.

Hamilton could not match Red Bull rival Max Verstappen in the decisive Q3 phase in wet weather at Spa-Francorchamps, and also lost out to star performer George Russell in the Williams, leaving him on the second row of the grid for Sunday's race.

However, as Hamilton touched on after the session, Wolff highlighted that Mercedes have taken a different direction to championship rival Red Bull by setting up their cars with hopes of a drier race.

"With Lewis, everything is into play for the victory," Wolff told Sky Sports after qualifying.

"We have a strong race car, we are more on the dry setup side, with good straight line speed. If the weather is like this, we have a problem, but otherwise, I think we should be good, for the race win."

Asked about Red Bull's advantage in the rain this time out, compared to Imola earlier in the season, Wolff added: "I think it's downforce related. They [Red Bull] have a bigger wing on the car, which obviously gives you advantages in these conditions."

Further rain has been forecast throughout Sunday at Spa.