Mercedes' team boss Toto Wolff has explained that James Allison will be taking on a more expansive role with Mercedes' overall motorsport activities. 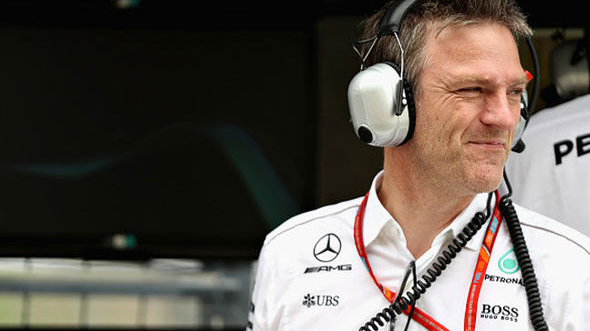 Toto Wolff has explained that James Allison's role within Mercedes will have a wider perspective than just Formula 1, when the engineer leaves his role as Technical Director.

Allison and Mercedes confirmed, prior to Imola, that he will be stepping aside from the Technical Director position at the F1 team, in order to become Chief Technical Officer.

The new role will see Allison take on a more strategic role, with the aim of helping the team through the expansive regulation changes being introduced next year, rather than being directly responsible for overseeing the new car design.

"I was hoping that he was leaving us and that we'd finally get rid of him!" joked Wolff to media, including RacingNews365.

"James obviously is a huge asset to the team. Not only as a brilliant engineer, but also as a leader. And he has a good understanding and overview of what is happening in Formula One beyond the technical space. "

With Mercedes continuing to find their feet in Formula E, as well as running an expansive sportscar programme, Wolff said that Allison's role will become more collaborative across more motorsport disciplines alongside him.

"He is a sparring partner of mine when it comes down to strategic discussions and political discussions," Wolff said. "He is getting more involved also with the other departments and racing programs that we have. And that's why it was almost a logical step to making my technical twin brother!

"I'm also the head of Mercedes motorsport. And so it makes sense to have a technical director for all motorsports programmes. So if you see, I'm the CEO, and he's the CTO and for him, he enjoyed the idea. So we've worked on that for a year."