Wolff concedes Mercedes were caught out by Red Bull's strategy

Toto Wolff admits that Mercedes did not expect Red Bull to use the Hard tyres during the final part of the Dutch Grand Prix. 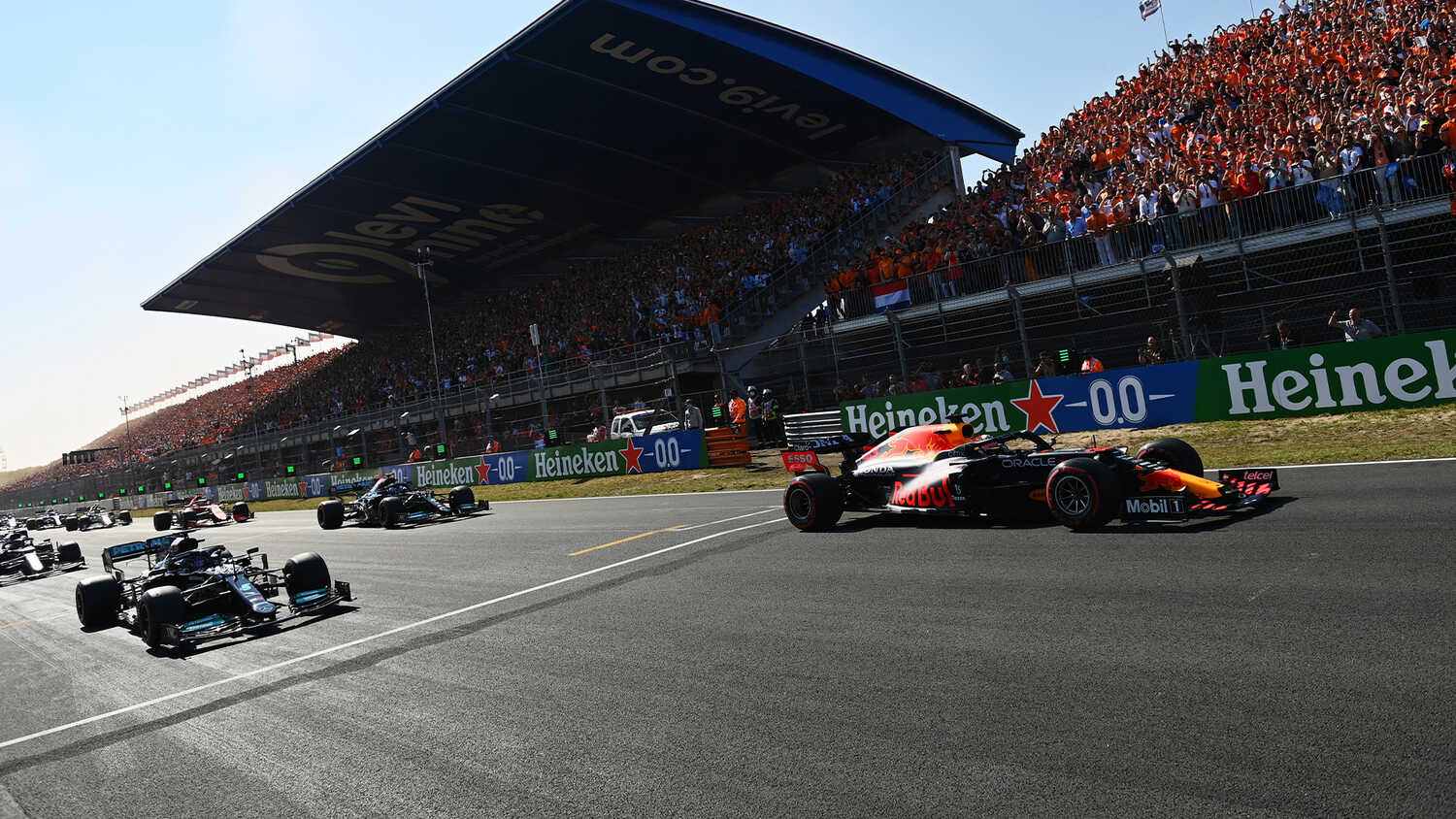 Team Principal Toto Wolff has admitted that Mercedes were caught off guard by Red Bull's strategy in the Dutch Grand Prix on Sunday.

Lewis Hamilton was frustrated with the timing of his second pit-stop when he came out in traffic in his attempt to undercut Max Verstappen.

Verstappen had no more Medium tyres for his final stint so had to use either the Soft or Hard compound. Wolff says Mercedes thought Red Bull would put the Soft tyres on Verstappen's car, which may have left him vulnerable at the end of the race.

"In terms of the strategy, 50 percent of the race was probably lost in qualifying [and] at the start, and they just had tremendous pace," Wolff told RacingNews365.com and other select members of the press.

"We didn't think that they would take the Hard [tyre]. That was a bit of uncharted territory and our thought was to push them into an early second stop with the Soft that could have given us a chance at the end.

"That's why we weren't particularly bothered with the traffic, where we would come out."

Verstappen retook the lead in the Drivers' Championship by three points from Hamilton thanks to his victory on home soil.

Wolff believes Hamilton's lack of track time on Friday, when the British driver only completed three laps in the second practice session due to a problem in the oil system, was a key moment at the weekend.

"I think we had the pace to win the race," explained Wolff. "But he [Verstappen] scored pole position by just a tiny bit.

"Lewis lost a lot of track time in FP2, that made a difference. I think if he would have been out there properly planning the race, we would have fought for pole, or possibly we could have had pole, and that obviously would have changed the outcome of the race.

"But 'could have' and 'would have' doesn't count in this sport. You can see between the teams there's just nothing in between [them].

"The first three cars left everybody else and that shows the level that is necessary in order to win this championship."