Wolff: Bottas had a brilliant weekend

The Mercedes team principal believes Valtteri Bottas was very strong at the British Grand Prix despite only finishing third at Silverstone. 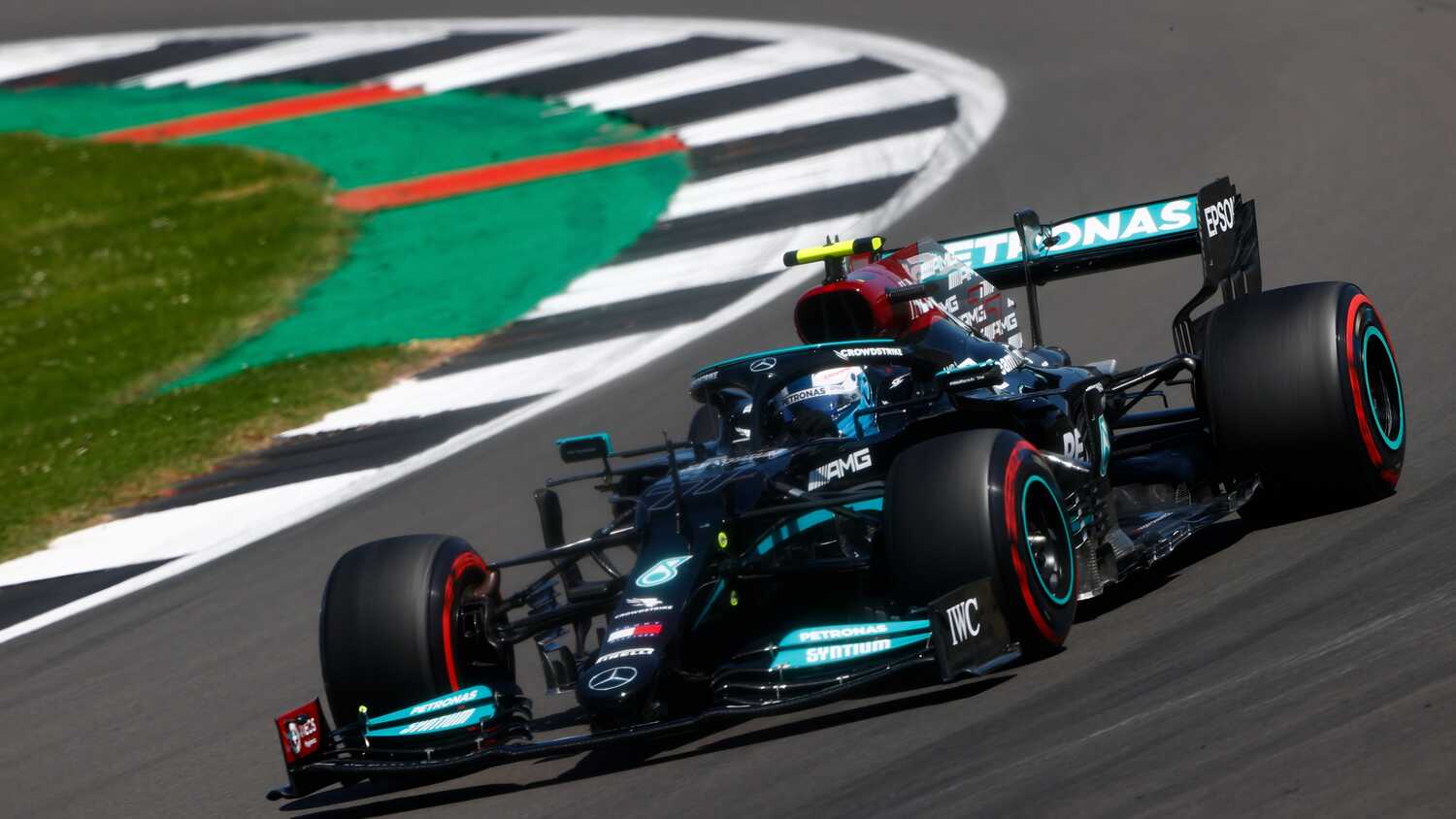 Bottas was third in Friday qualifying and held that position throughout the sprint race. On Sunday, he lost out to Lando Norris at the start but got back ahead of the McLaren driver in the pit stop phase due to Norris' slow pit stop.

“He had a brilliant weekend in my opinion because he could have been on pole if he would have had a tow on Friday night and that was obviously impacting his performance,” explained Wolff. “If you’re on pole it’s much easier.

“And he was very quick [in the race], he drove a really solid race and just Lewis coming from behind on that hard [tyre] was just in another dimension to everyone else on track.

“But Valtteri was the second-quickest car out there and helped for Lewis to secure the way and Valtteri’s just a great team member and great driver with the right character and personality.

"He has been a teammate of the best Formula 1 driver of all time and that is not always very easy to shine but he's fantastic."

Bottas is still yet to win an F1 race this year and is 77 points behind Verstappen in the Drivers' Championship compared to Hamilton who is just eight points adrift.

Wolff revealed that a driver who can play the team game is one factor in the decision as to whether Bottas will stay with Mercedes in 2022, but made it clear that it won't be everything. Talks have already happened about Bottas playing a role to help Hamilton for the remainder of 2021.

“It is very important because statistically his odds to win the championship are very small compared to Lewis, who is very much in the fight,” added Wolff.

“And we have discussed that, and as tough as it is for a driver, there is no room for margin here in this year’s championship.”