Wolff: Allison is not interested in Mercedes team boss role

Mercedes' Toto Wolff has refuted the possibility that James Allison could be a possible replacement for him as team boss. 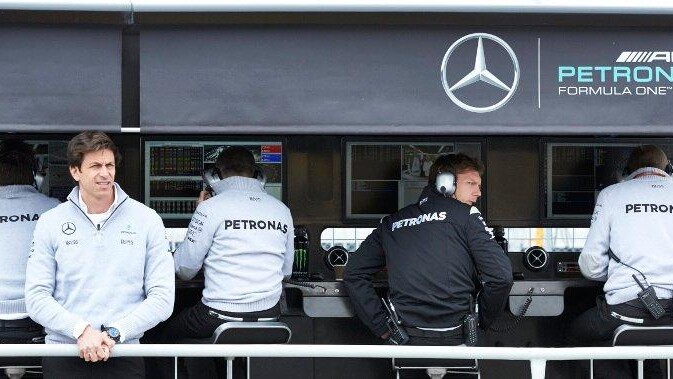 Toto Wolff doesn't believe James Allison has any interest in taking on the F1 team's Principal role when he eventually steps aside from the position.

Allison is departing his position as Technical Director at Mercedes later this summer, switching to a broader role as the team's Chief Technical Officer.

Wolff doesn't believe there's any possibility that Allison could end up as team boss, revealing the engineer has shot down any interest in possibly succeeding Wolff.

"I would say, if you look at things, he would absolutely be capable to be the team principal," Wolff told media, including RacingNews365.

"And also people here have so much respect for him within the organisation. But the thing is very easy, he said, 'Never ever I will do this.' Team principal requires different skills. And so he said, he said, 'No, thank you. No.'"

With Wolff apparently wavering on whether to continue as Team Principal during 2020, before signing up on another three year contract starting this season, he revealed that there had been some discussion with Allison regarding the possibility.

"James and I speak multiple times every single day. And he's totally co-ordinated on the strategic direction of Mercedes motorsport and Mercedes Grand Prix.

"So pretty much earlier than before we decided the CTO role, it must've been a year or two ago, we discussed the future of the team principal role in Mercedes and he made it very clear that that was not for him.

"And since then, obviously, I'm thinking and I'm looking and I'm observing what is happening out there and who's doing a good job. So finally, I can step back from this madness."