Wolff afraid of Hamilton and Verstappen getting 'really hurt'

Toto Wolff is concerned about Lewis Hamilton and Max Verstappen getting seriously injured after they clashed again at the Italian Grand Prix. 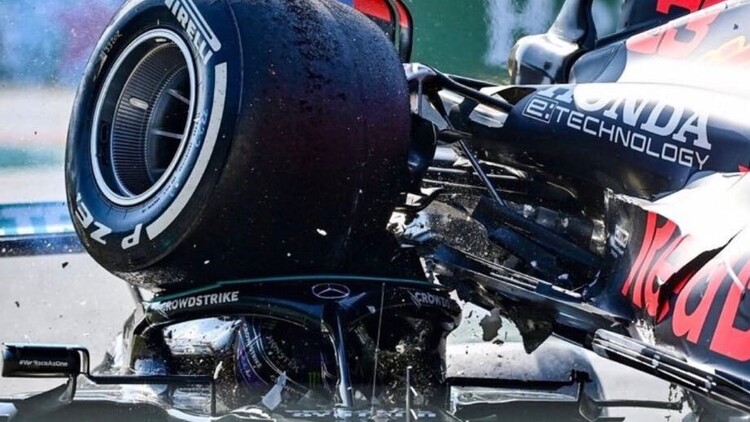 Toto Wolff wants Lewis Hamilton and Max Verstappen to "race each other hard, but avoid accidents" going forward, amid concerns over their safety.

Hamilton and Verstappen were involved in their second collision in five races at Monza last weekend, having already clashed at high speed on the opening lap of the British Grand Prix earlier in the season.

Verstappen suffered a 51G impact at Silverstone and had to be taken to hospital for checks, while Wolff credited the Halo cockpit protection device with saving Hamilton's life at the Italian GP.

Wolff is concerned that the title rivals could get seriously hurt if their battles continue in the same way.

"Both of them need to leave space for each other; race each other hard, but avoid accidents," Wolff told media, including RacingNews365.com.

"It was good fun until now, but we have seen a Halo that saved Lewis' life and Max had this heavy impact at Silverstone.

"We don't want to come to a situation to intervene when somebody gets really hurt."

Hamilton and Verstappen initially went wheel-to-wheel on the opening lap at Monza, with Hamilton giving up on a move around the outside at the second chicane.

When they came together midway through the race, this time at the first chicane, Verstappen had also been attempting an outside manoeuvre.

Wolff reckons Verstappen could have done more to avoid contact in the second, race-ending incident.

"I think when you look at [the Italian Grand Prix] only, it's about backing out," added Wolff.

"On Lap 1, Lewis backed out. And then the other way around, he [Verstappen] didn't back out. But maybe I have a bias and I see things the wrong way around…

"But when cars are side-by-side, you just need to leave room. If we were running in Monaco, I think we wouldn't have seen this kind of incident."