Will rain ruin strategy plans for Verstappen and Hamilton battle?

The threat of rain means that a potentially straightforward strategy battle between the two title rivals could become far more chaotic. 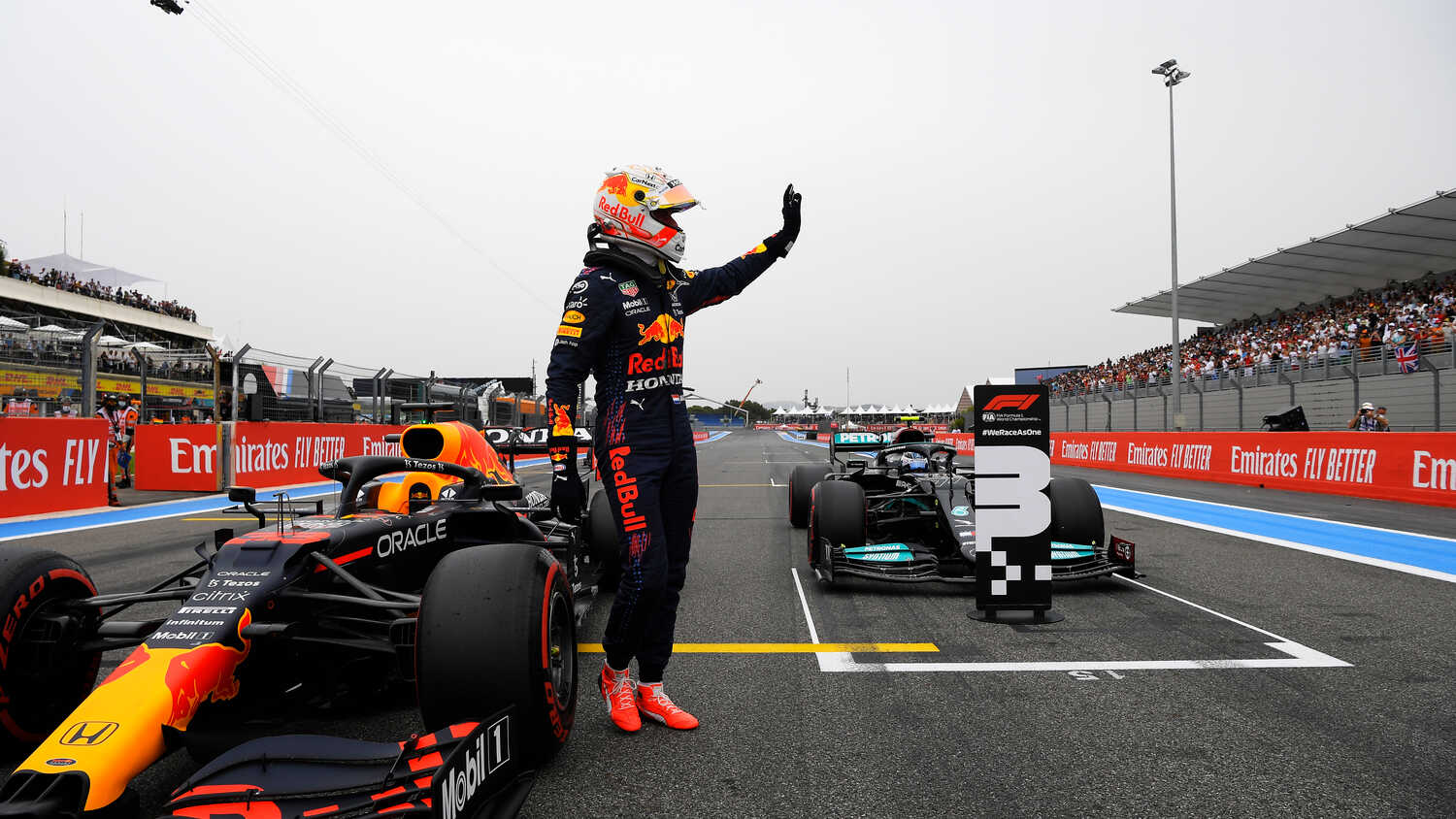 The threat of rain at the Circuit Paul Ricard has increased dramatically as the weekend has progressed, with the latest forecasts suggesting that a wet race is more likely now than a dry one.

Of course, the possibility of the intermediate or wet tyres during the race means the planned strategies for the top teams are torn up.

With the top ten all starting on the medium compound, the plan is to stick to a safe one-stop strategy and switch from the medium to the hard compound. However, rain will obviously mean that won't be a possibility.

Rain is probably something that Mercedes and Lewis Hamilton will be hoping for, more than Red Bull and Max Verstappen. The Dutch driver's impressive performance on the medium compound in qualifying was a huge turnaround from Friday practice, and his long-run pace in FP3 also suggested the RB16B might just have the legs on the W12 over a longer stint.

And if it does remain dry?

If the race does remain dry throughout, then it will likely be quite a conservative one-stop race. With all top ten drivers starting on the medium, switching to the hard is the obvious choice, and observing a possible undercut there could be intriguing.

Outside the top ten, some drivers may elect to start on the hard tyre for the first stint and bank on a possible mid-race Safety Car to really bring that strategy choice to life. That could give them the option of running the soft tyre for the second stint to the chequered flag, depending on the timing of a Safety Car.

Pirelli have ruled out the chance of a soft-medium one-stopper, saying that it is too demanding on the tyres to make that happen, although say a soft-hard strategy is a possibility, albeit with serious tyre management.

"The almost unanimous decision to run the Yellow medium tyre in Q2 gives some idea of what we can expect from the race strategy tomorrow, with the medium C3 compound offering more durability than the soft without costing too much by way of performance," said Pirelli's Mario Isola.

"But with all the top 10 starting on the medium, this leaves the way clear for those behind them to try something different tactically and potentially gain an advantage in the early stages of the race. This could be the case in particular if it rains and temperatures then drop tomorrow, which might bring the track back towards the softest compound.

"Congratulations to Max Verstappen and Red Bull for pole position, which also happens to be Pirelli's 250th pole in Formula 1." 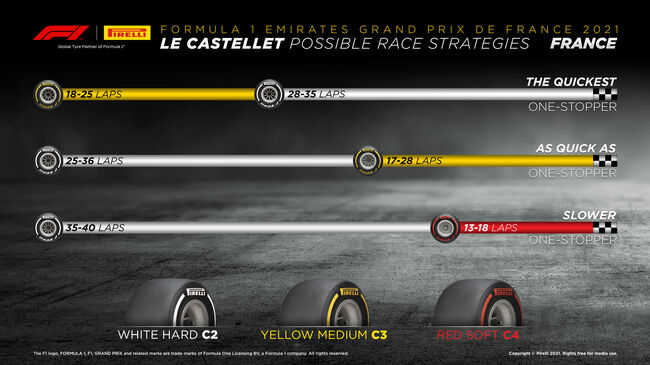 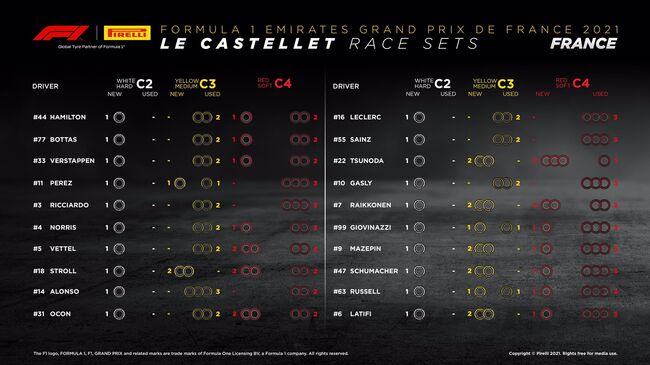