When Ecclestone threatened to strip Schumacher of his World Championship

Following the September 11, 2001 attacks in New York, Michael Schumacher wasn't sure he wanted to travel to Indianapolis for the United States Grand Prix. Bernie Ecclestone made sure the German, and the rest of the grid, took part in the event. 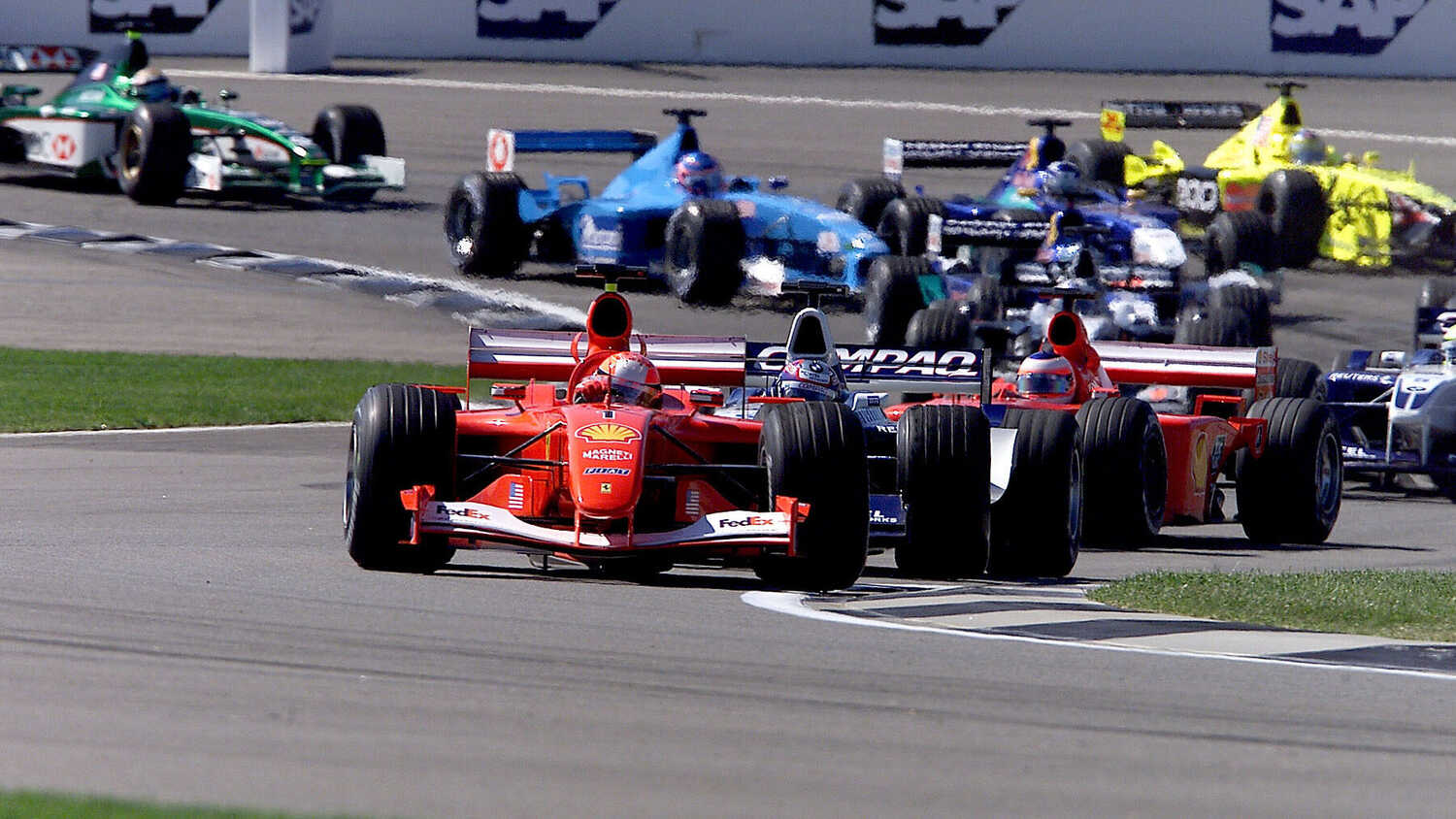 Michael Schumacher was mathematically the 2001 World Champion when F1 visited Indianapolis for the United States Grand Prix, but the German's initial refusal to take part in the race made him the focus of F1 boss Bernie Ecclestone.

The September 11 attacks on the United States were still fresh in everyone's minds, with F1 travelling to Monza for the Italian Grand Prix two weeks later. It was at this point that several drivers indicated they didn't want to travel to the Indianapolis Motor Speedway at the end of the month.

Ralf Schumacher thought it was a joke to hold the event and had reservations about taking his family to the USA. He wasn't alone in wanting to miss the race. Brother Michael, unofficially World Champion at this point, also stated that he was thinking about not racing, though Ecclestone quickly intervened.

"Let's get one thing straight. Michael Schumacher is not the 2001 World Champion yet, anything could happen," Ecclestone told British newspaper The Sunday Times prior to the race. "Maybe he could lose his points over one of the next three races. I'm sure that won't be the case, but it could be.

"The race is going to take place, but I can't control what drivers are going to do. However, there may be retaliation."

The race ended up going ahead as Ecclestone and F1 agreed that they did not want to give in to terrorism.

"It wasn't a hard decision to go ahead with the race," said Ecclestone. "It was simple. We have a contract and we are honouring a contract, just like we always do. The terrorists have just done something which is unbelievable.

"These attacks have been such a big shock to the entire world. To everybody. My feeling is simple. You cannot bow down to terrorism.

"These people did this to terrorise the world and if we are terrorised and stop what we are doing they have achieved what they wanted to achieve. Everyone in America and the rest of the world should go on exactly as normal and refuse to give in to them."

Mika Hakkinen won the race for McLaren, with Schumacher second in his Ferrari, while the Finn's teammate, David Coulthard, rounded out the podium.