What we learned from qualifying for the F1 French GP

The second day of action from the French Grand Prix is in the books with plenty of talking points to dissect from qualifying. What have we learned heading into Sunday's race at Paul Ricard? 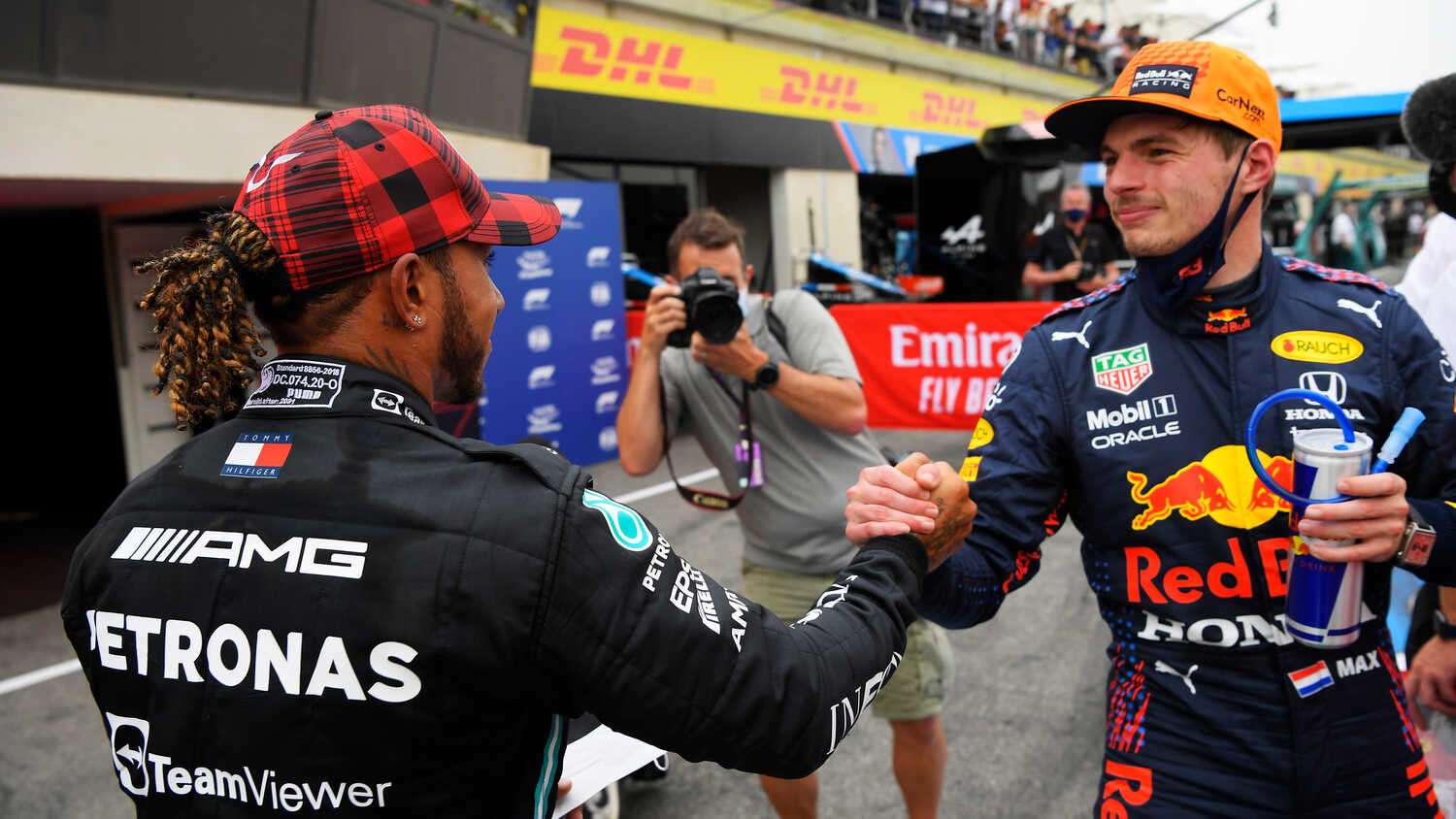 The Red Bull star has looked like the driver to beat after two days at the Circuit Paul Ricard, but championship rival Lewis Hamilton won't go down without a fight as he'll start alongside the Dutchman on the front row.

It's one of several interesting storylines heading into Sunday's race, but what did we learn from qualifying in France?

Since returning to the F1 calendar in 2018, the Circuit Paul Ricard has been a friendly setting for Mercedes with Lewis Hamilton taking back-to-back victories - the race wasn’t run last season due to the coronavirus pandemic.

In fact, the Briton has led all but one lap during that time, with many predicting a return to form for Mercedes after disappointing outings in Monaco and Azerbaijan. That hasn't been the case so far this weekend, with Max Verstappen showing Red Bull are the team to beat so far.

The Dutchman ended Friday with the fastest time in FP2, and he showed he meant business in FP3 with a stunning lap that put him 0.747s up on closest rival Valtteri Bottas. It's no surprise then that Verstappen turned that into a second pole of the season in qualifying, finishing 0.258s up on Hamilton. Although the gap wasn't as big as in practice, it's still worrisome for the reigning world champion.

"It wasn’t easy at all," Hamilton told RacingNews365.com and other members of the media. "From my side I just struggled with the car all weekend.

"Really uncomfortable with the balance and I was making all these changes and it really wasn’t making much difference, I was still struggling. We’ve been back and forth, back and forth. Eventually we made some changes, like literally 10 minutes before the session and said like: ‘let’s go with it and see what we can do’. It was a really clean session though for me.

"Every lap was good. I didn’t make any mistakes and it was one of my cleanest sessions in terms of just steady, good laps and my last one was the best one I could do and it was as fast as I could go.

"I’m not nervous for the race, just because it wasn't great yesterday, wasn’t great this morning and then in quali it was much, much better. I think it will be good tomorrow. Generally yesterday they were quicker than us on the long runs so it’s going to be a challenge to follow but you know, there’s lots of opportunities tomorrow hopefully."

Hamilton's comments suggest all is not lost for Mercedes, as after being unhappy with his car it looks as though he finally found some relief during qualifying. With the Silver Arrows able to find some performance on raceday most races, don't be surprised if the fight for first is a close one yet again on Sunday. 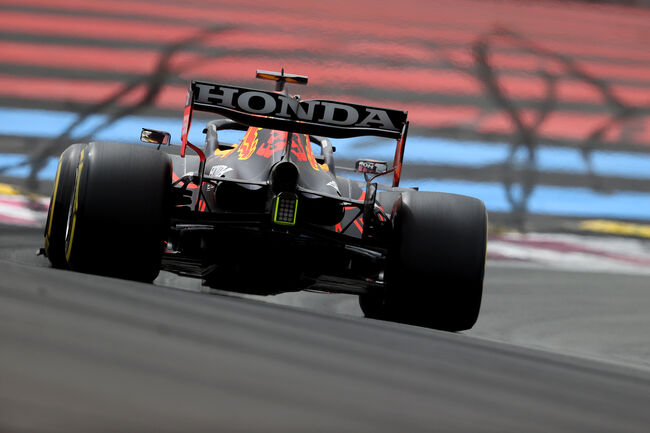 Ferrari lead the best of the rest but McLaren remain positive

After back-to-back qualifying sessions in Monaco and Azerbaijan that left him unsatisfied, Carlos Sainz earned the title of best of the rest on Saturday. There were no red flags to deny the Spaniard as he finished with the fifth fastest time.

Unlike teammate Charles Leclerc, Sainz looks to have a better understanding of his Ferrari. The Monegasque driver, who will start seventh, made it clear that the Spaniard has a better grasp of the front end issues that have kept the Scuderia from matching their impressive performances at the last two races.

It could prove valuable come Sunday as the middle of the field is once again close, with Pierre Gasly, Lando Norris, Fernando Alonso and Daniel Ricciardo all making it into Q3 on Saturday. The gap from Sainz to the Australian stands at just over half a second, but Norris words after the session show that McLaren are confident heading into Sunday.

"It's still not their strongest point," Norris told RacingNews365.com and other members of the media when asked about Ferrari's race pace. "But they still have races every now and then which are very competitive.

"Normally when they are half a second or more quicker than us is when we still can't get them in the race. When they are one, two or three tenths ahead, which they are now, we can have a good chance."

That means the two teams battling it out for third in the Constructors' Championship will once again be in a close fight, though Gasly and Alonso will have a say in that too.

Alpine will be encouraged by their performance on Saturday, though the team will be hoping they can work out their race trim woes that have plagued them in the past. Their bid for points could even be strengthened by Esteban Ocon starting 11th on the grid, as he will have a free choice of tyres come the start of the race. 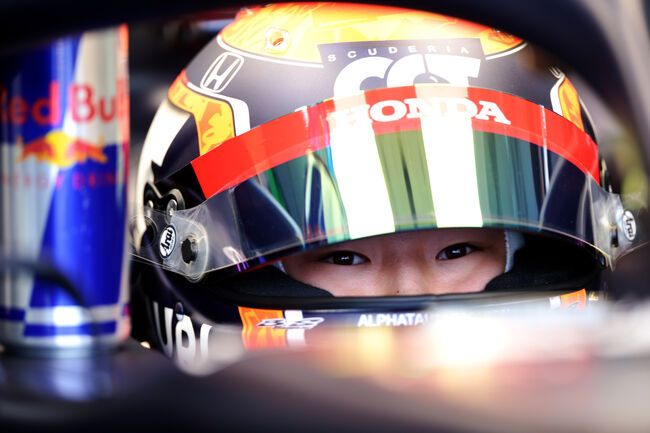 Tsunoda struggles on Saturday once again

While Pierre Gasly showed that AlphaTauri have a competitive car thanks to his sixth fastest time on Saturday, his performance stands in contrast to teammate Yuki Tsunoda who had a day to forget.

The Japanese driver has been inconsistent so far in 2021, so it's no surprise that after finishing seventh in Azerbaijan, he followed that up with a crash in Q1 in qualifying.

His session lasted all of one corner as he sent his AlphaTauri crashing into the barrier. Despite some extended efforts to get his car back on the track, his attempts failed and he'll start from the back of the grid on Sunday.

Given Gasly's performance, it must be frustrating for AlphaTauri to see the peaks and valleys Tsunoda has delivered so far. On the flip side, the pace is there for the Japanese driver to bounce back on Sunday and maybe score some points.