The Red Bull and AlphaTauri drivers had the chance to race six-wheeled off-roader trucks around the Red Bull Ring ahead of the race weekend. 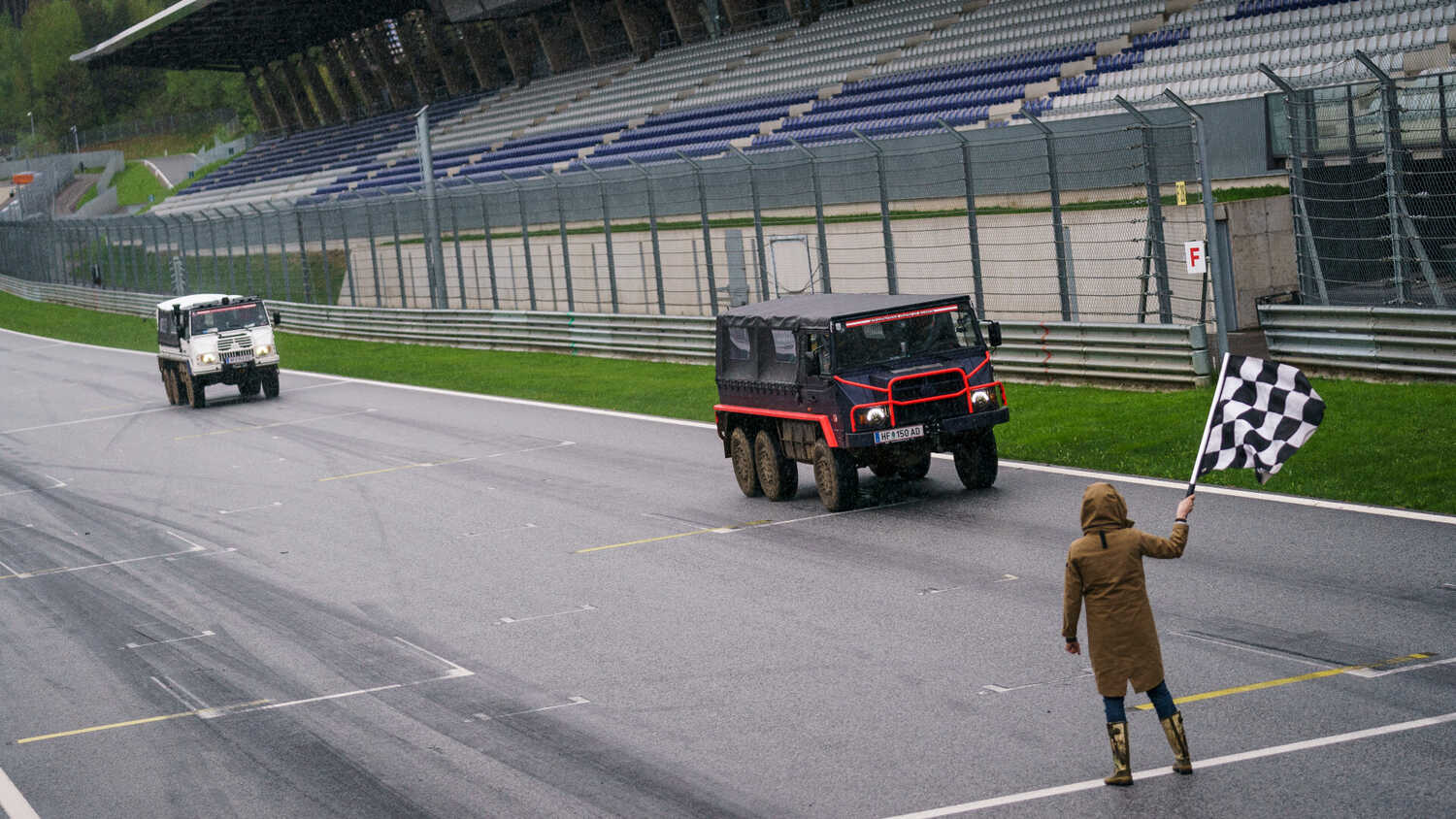 Red Bull's Max Verstappen and Sergio Perez, as well as AlphaTauri's Pierre Gasly and Yuki Tsunoda, had the chance to race some huge six wheeler trucks ahead of the Austrian GP.

Ahead of Red Bull's home races in Austria this and next weekend, the four Red Bull drivers were brought to Salzburg for a seaplane ride on board a Cessna 208 Caravan. From there, they flew to the Styria region to the Grundlsee lake to race each other in traditional Platte boats.

Dressed in some fetching traditional Austrian lederhosen, the four drivers had to race for the prize, which was keys to a pair of huge six-wheeler Pinzgauer trucks.

These trucks are similar to a Dakar truck in appearance, but are manufactured in Graz. Pinzgauers are all-terrain trucks used to take on the most treacherous of conditions, with the drivers working their way through the Styrian forests before taking to the Red Bull Ring for a race.

“Honestly I’d never seen anything like the Pinzgauer before – a six-wheel car. It was used in the army I think. I don’t know when but it pretty was cool to drive” said Verstappen.

“It’s always nice to race in Austria and now we get the opportunity to do it twice. It’s our home Grand Prix and we’ve won it before, so hopefully we can have two good weekends here.”