The Aston Martin driver is backing a planned protest by environmental group Extinction Rebellion at the Dutch Grand Prix. 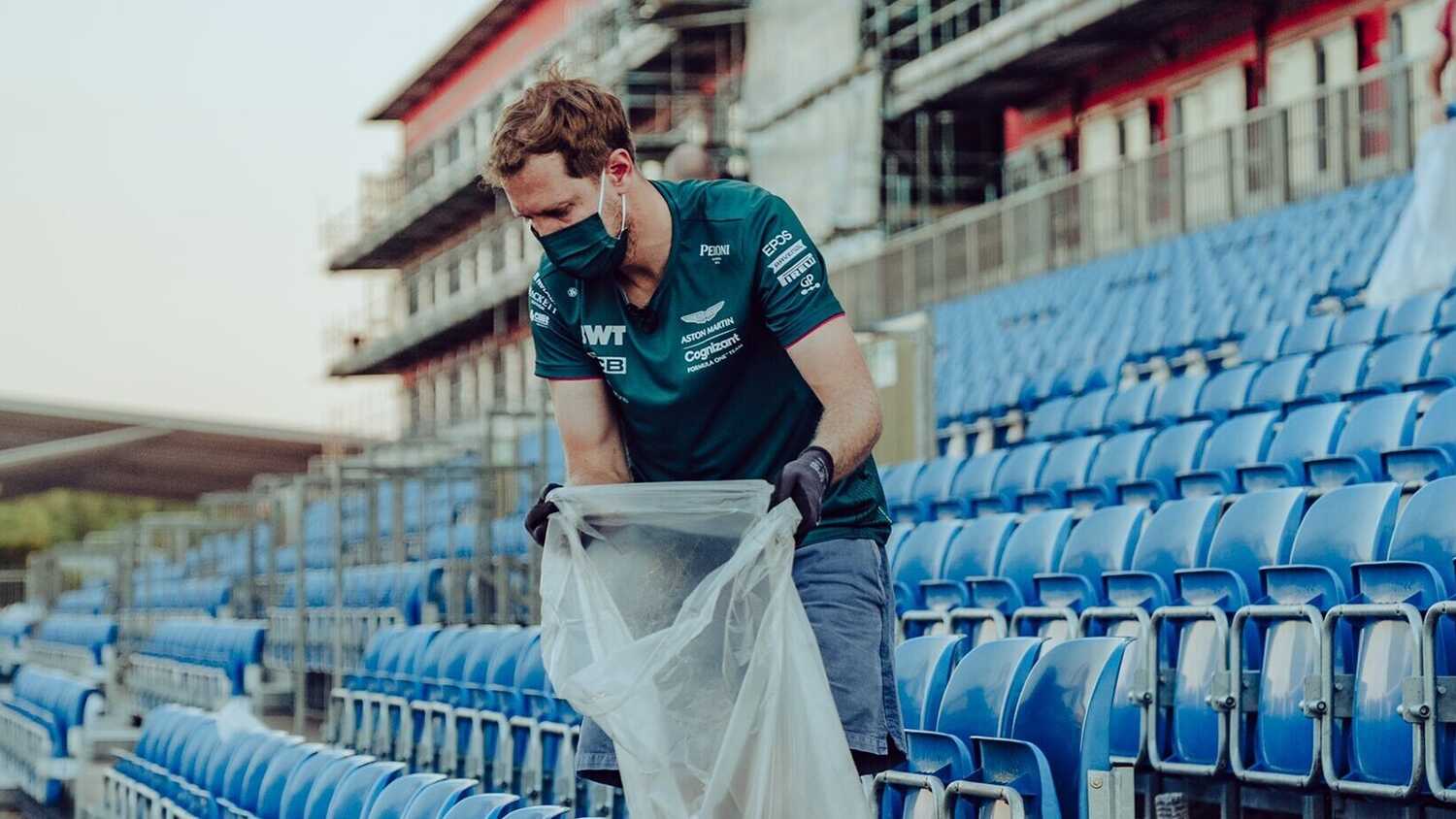 The group's objective is to raise awareness of climate change, saying Formula 1 still needs to do more to reduce its impact despite having already taken some action.

Vettel has been a major supporter of F1's push to reduce its impact on the environment and says he was aware of the plan for a protest at Zandvoort.

"We're living in a time when it's important to raise attention and that's what they're doing, and that's good," Vettel told RacingNews365.com and other select members of the press.

"There are lots of things F1 is planning to do. Some small things that Formula 1 is taking action on which is good. But is it enough? No. Is it enough from what we're doing as a society?

"I think it is vital that we understand what is at stake. And if we don't get it, then I think there is no future. It sounds very dark.

"But equally, on the bright side, there's a lot of things that we can do and I believe there's a place for F1, providing F1 is addressing the right things and making the right moves.

"There can always be more which can be done. The small things that are taken action on are good, [and it] is the first step, but not more than the first step yet."

Lewis Hamilton was also asked about the protest and pointed towards F1's target to become carbon neutral by 2013.

"Ultimately, it's not my responsibility to go and do a presentation to them and explain what F1 is doing but F1 has already expressed the steps which they want to take by 2030," said Hamilton.

"Naturally, things don't change overnight. I think it's great that F1 are accepting and hold themselves responsible and realising that they do need to make changes moving forwards.

"As drivers, we rely on F1 and the organisers to ensure that we're trying to have a positive impact on the places we go to."