Max Verstappen might have benefitted from the rain-affected closing laps of the Russian Grand Prix, but admits that the tricky conditions caused him some problems with the team radio. 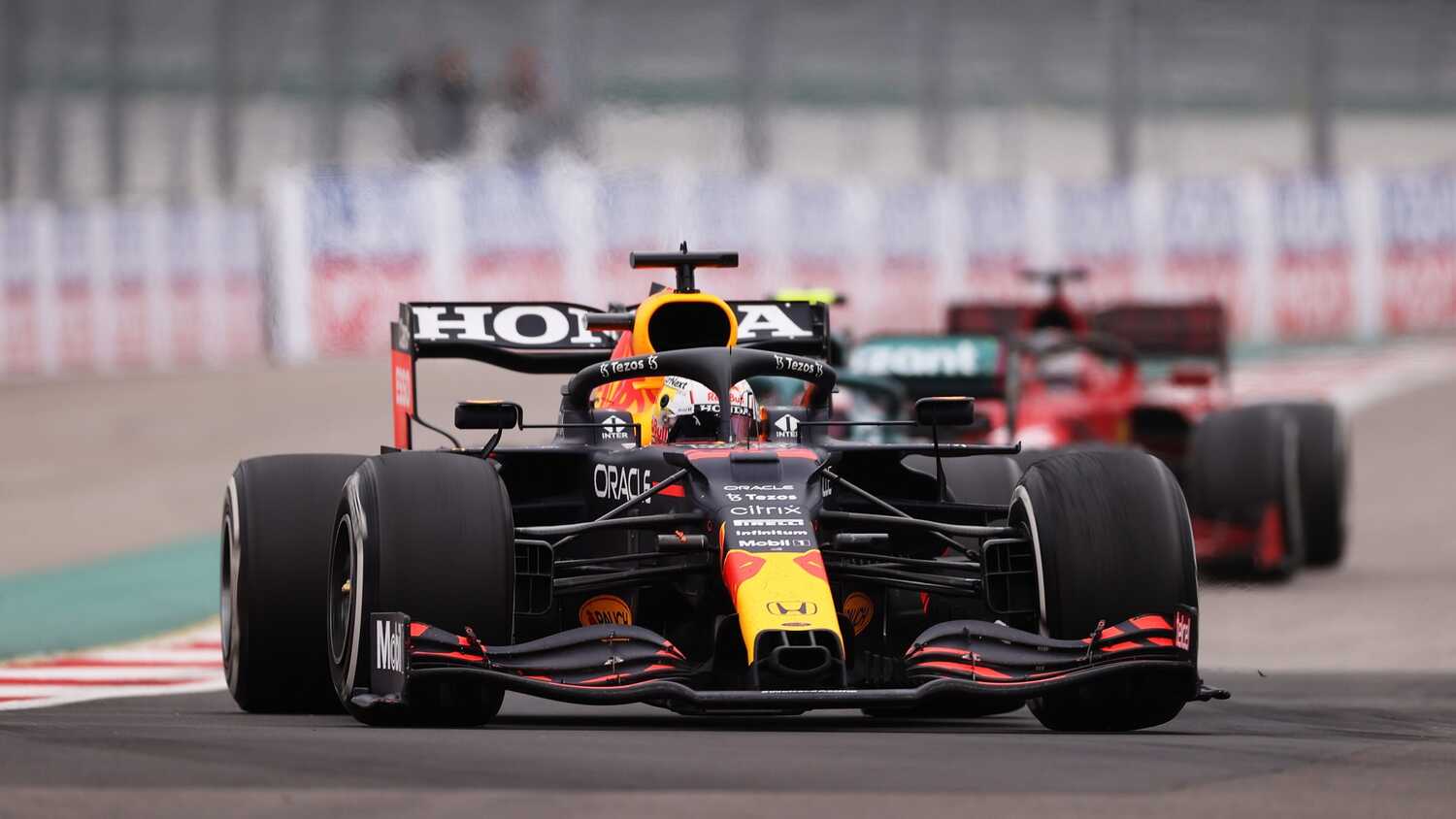 Max Verstappen admits that he struggled to use the radio during a critical moment of the Russian Grand Prix due to the difficult conditions on track.

When heavy rain hit Sochi in the final laps of the race, many drivers opted to pit for Intermediate tyres.

Red Bull asked Verstappen for his feedback in deciding when to make the call, but the Dutchman found it hard to press the radio button to respond, given that he was busy trying to manage the wet conditions on slick tyres.

"When you're driving on slicks and then it starts raining, I think it's more of a driver feel," Verstappen told select media, including RacingNews365.com.

"Communication is very important when it's like that, so they [the team] kept asking me, even though sometimes I couldn't press the radio button, because you're trying to keep the car on the track!"

Verstappen was initially keen to stay out, but soon realised that the conditions made it impossible to continue without switching to Intermediates.

The 23-year-old is thankful that he and the team made this call, with the decision enabling him to finish the race in second place after starting from last on the grid.

"I was saying the lap before [we pitted], 'I think we still have to continue', because I was only losing eight or nine seconds," Verstappen explained.

"Then that lap, where we boxed, at one point it was so hard to keep the car on the track. I was like, 'We need to box'.

"But then still you're not entirely sure, so then at one point the team was like, 'OK, we box'. They called me in and it was the right call."

Verstappen's title rival Lewis Hamilton retook the lead in the World Championship standings after winning the race, but his advantage over the Red Bull driver currently stands at just two points.