Verstappen puzzled by crash: I braked at the same point

Max Verstappen says he braked at the same point for the final corner during both of his Q3 runs at the Saudi Arabian GP. 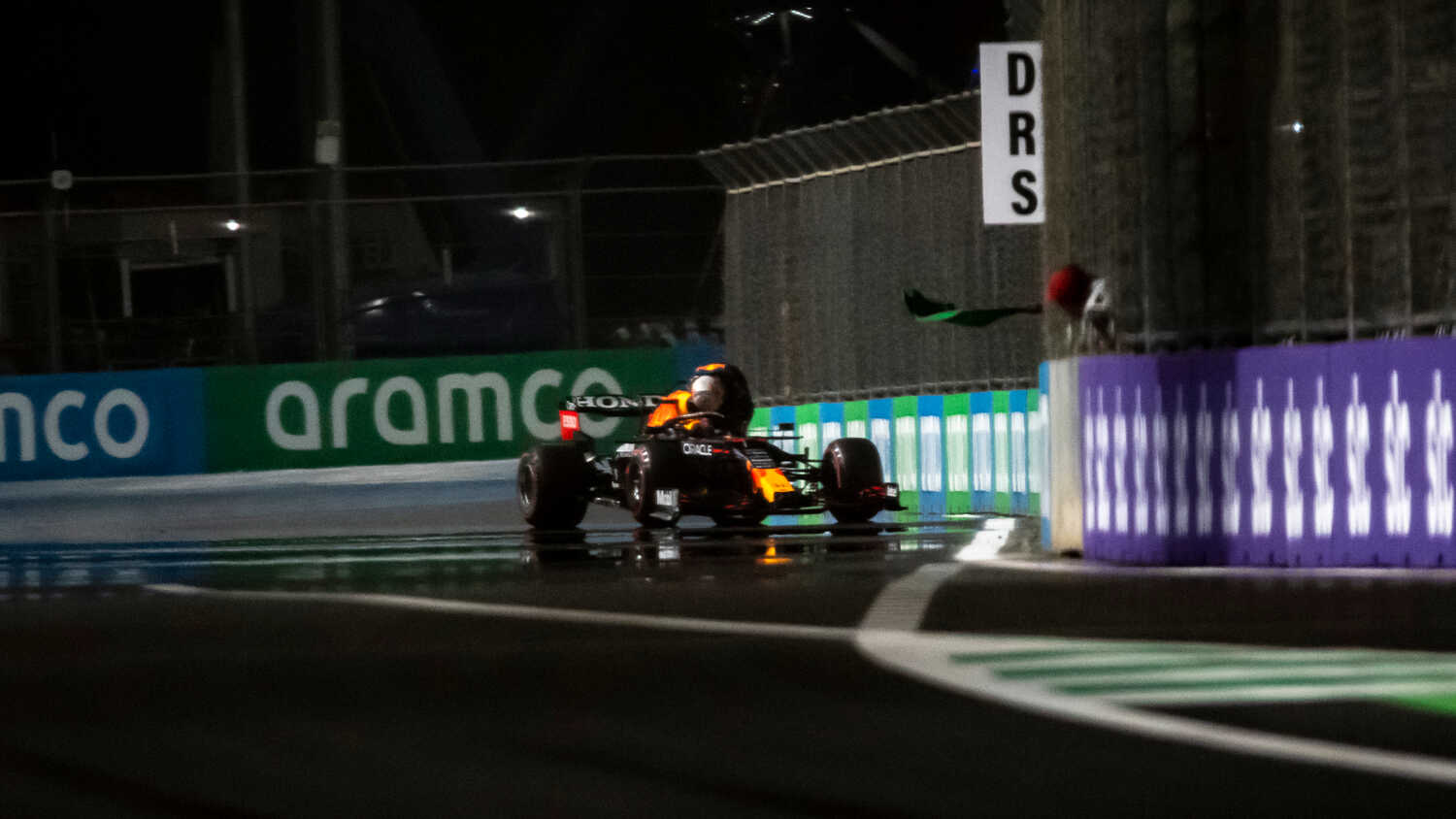 Max Verstappen has revealed that he braked at the same point for the final corner during both of his Q3 runs in Saudi Arabia, despite crashing at the end of qualifying.

Verstappen was set to take pole position, having gone fastest in Sector 1 and 2 on his second Q3 run, but crashed at the last turn before coming to a halt.

It handed pole position to title rival Lewis Hamilton who led a Mercedes 1-2 at the new Jeddah Corniche Circuit.

"I arrived there and my feeling was to brake at the same point," Verstappen told accredited media, including RacingNews365.com. "But I had a little lock up and I still tried to finish the lap.

"I clipped the wall on the exit, so I couldn't continue. It's extremely disappointing. Of course, we had a good car in qualifying, and everything seemed to be coming together.

"It was hard to nail the lap in Q1 and Q2 with the traffic and stuff, but in Q3, it was good. Unfortunately, I couldn't finish the lap."

Verstappen holds an eight-point lead in the Drivers' Championship over Hamilton and could win the title on Sunday if results go his way.

He insists the target is still to win but is not sure how easy overtaking will be in Jeddah.

"I hope that we can follow well on this track," said Verstappen. "I'm sure, if that's the case, then we have a good shot at it.

"I haven't really followed a car around here. But I hope it's going to be alright. It's not only that, we don't really know how the tyres are going to behave.

"I'm confident. Of course, I would have liked to start first. Now starting third is a bit more difficult, but [it's] definitely not impossible."