Red Bull's Max Verstappen explained that he had just started to lose his tyre edge as he tried to pass Lewis Hamilton for the race win. 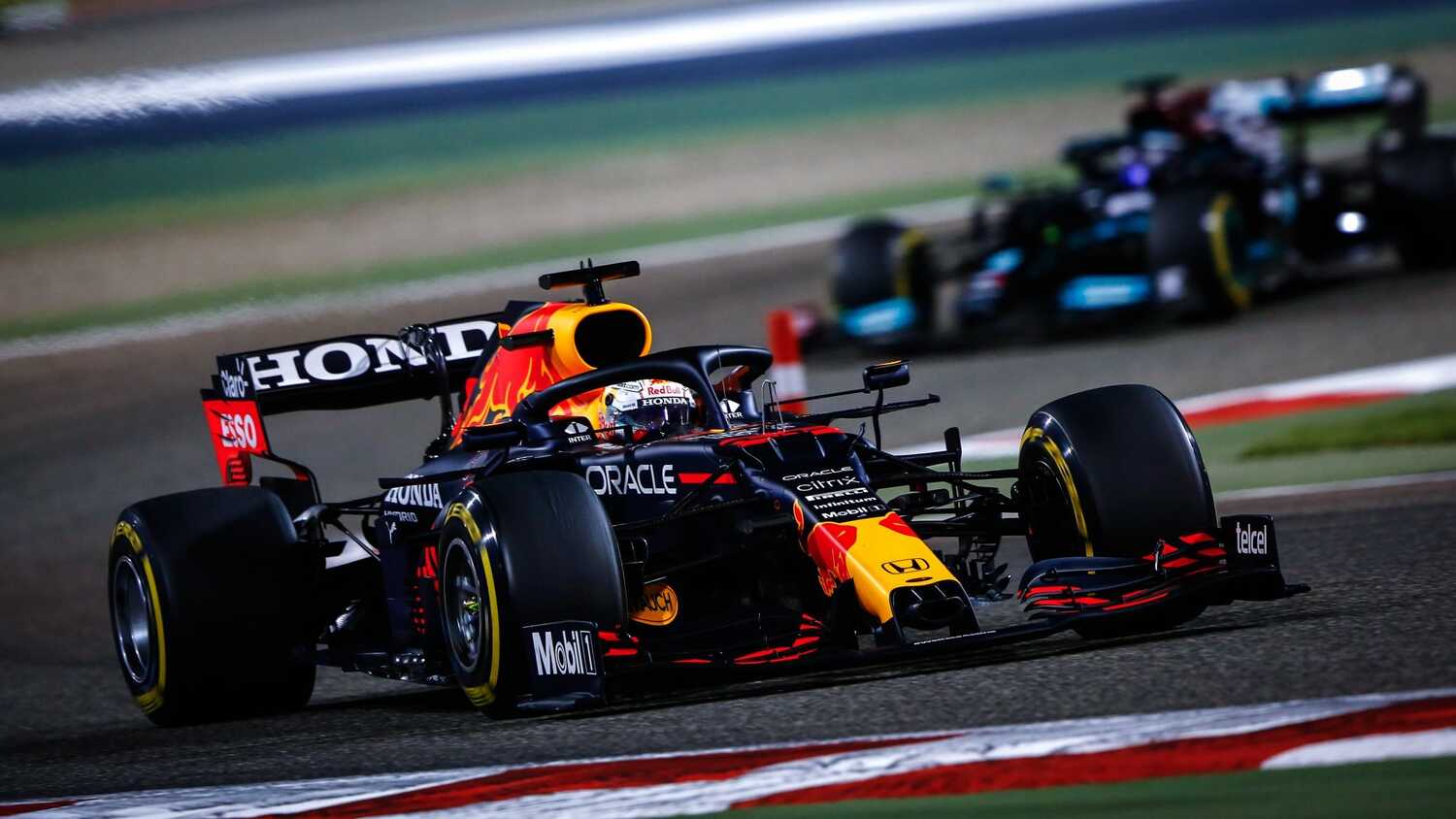 Max Verstappen has explained that he wasn't able to get past Lewis Hamilton again in the closing stages of the Bahrain Grand Prix, as his tyres had just started to fade away.

Verstappen was in a great position to snatch the win away from Hamilton in the closing laps, having tyres that were twelve laps fresher than the Mercedes man.

But, following in the dirty air and managing an initial attack on Hamilton on Lap 53 before yielding due to exceeding track limits, Verstappen's tyres were no longer in great shape as he explained afterwards.

"As soon as I got close, I had that one shot because he was gonna held up a bit with a backmarker," Verstappen explained to Sky Sports F1.

"I then went outside the track and, of course, gave the position back again but my tyres were not in a good state anymore to really put the pressure on so that was a shame."

Verstappen could also be heard complaining about an issue with his differential, radioing in to complain about something not being quite right during the race.

"I don't know what happened exactly, I had a lot of wheel slip on one tyre.

"So I changed the diff a bit, but we still need to look into it.

"I haven't spoken to anyone yet but that was definitely not ideal.

"There were a few things going on throughout the whole race. They undercut us and we were just sticking to our strategy which, I think, was working fine.

"But the problem is with the cars are so hard to pass and once you have that track position...it showed again today that it's just super powerful."