Verstappen hails Perez as an 'amazing human being'

Max Verstappen is full of praise for the actions of his Red Bull teammate Sergio Perez, both on and off the track. 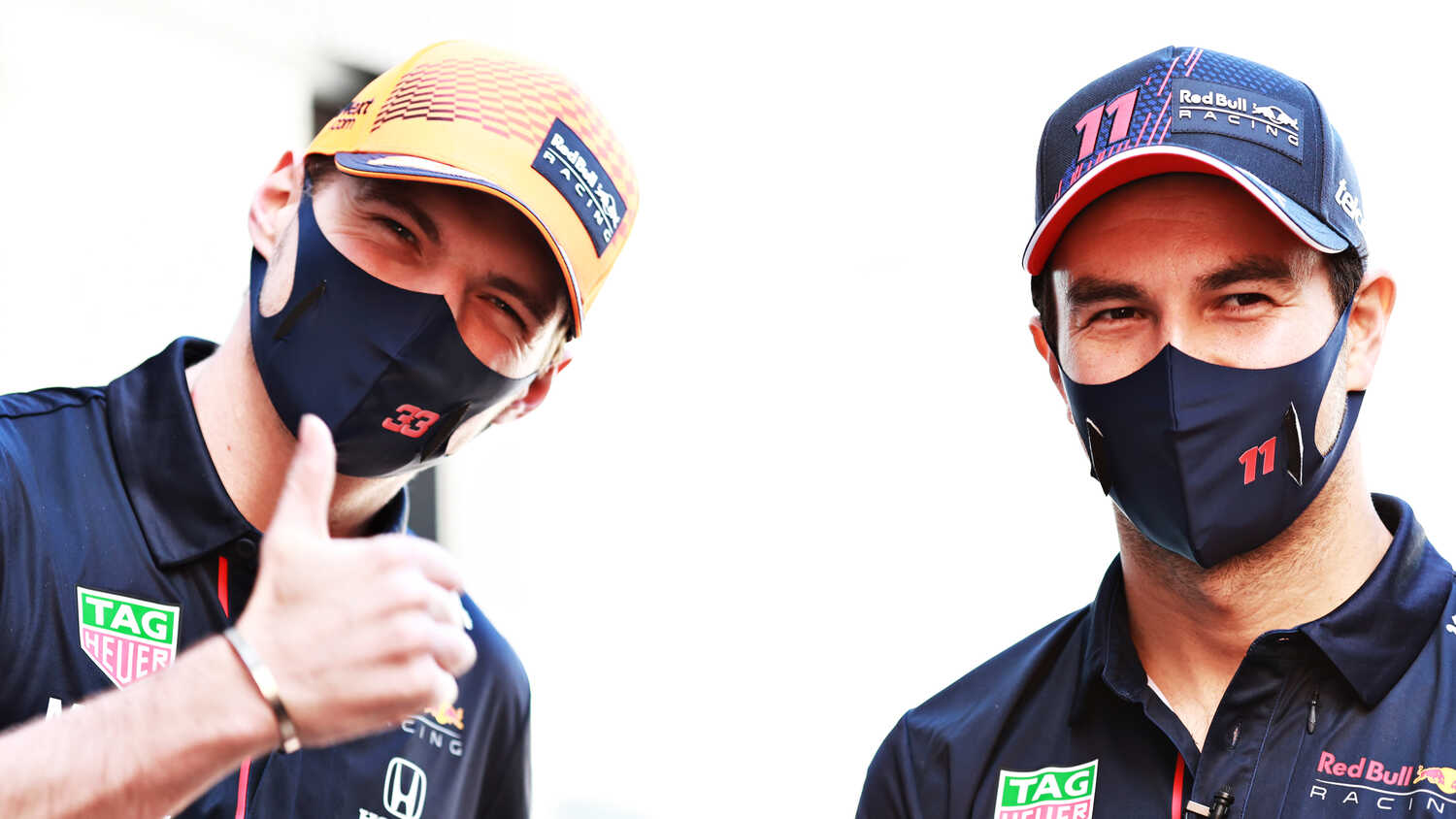 Max Verstappen has shared some words of praise for his Red Bull teammate Sergio Perez, calling him an "amazing human being".

2021 marked Verstappen and Perez's first year of working together, with Perez having been brought in to replace Alexander Albon ahead of the season.

Whilst Perez has not often matched Verstappen on pure pace, the Mexican has proved himself to be a key team player, and Verstappen has been impressed by Perez's actions both on and off the track.

"Of course, when we started working together, it's always difficult to know exactly of course how it's going to work out," Verstappen told media, including RacingNews365.com.

"But very early on already, [I think that] Checo is just an amazing human being, not only just to work with [in] F1, but [he's] just [a] super nice person, [a] real family man as well.

"I really have [had] a lot of good times with him, and you can see he really means it. He means well, and it's very rare to have a teammate like that."

Perez played a key role in Verstappen's race at the title-deciding Abu Dhabi Grand Prix, having delivered some strong defensive driving against Lewis Hamilton to allow Verstappen to close the gap to the Mercedes driver.

Verstappen went on to win the race in its controversial final laps, and has praised Perez for how he defended to try to help him and the team.

"Again, what he showed, he was a real team player," Verstappen explained.

Perez will remain with the team in 2022, and Verstappen sounds hopeful about the prospect of the partnership continuing into the future.

"I really hope that we can continue this for a long time," the Dutchman added.

The race in Abu Dhabi ended in retirement for Perez, but he still managed to secure P4 in the World Championship standings.