The track limits rules for this weekend's Portuguese GP at Portimao have been outlined, with three corners requiring strict enforcement. 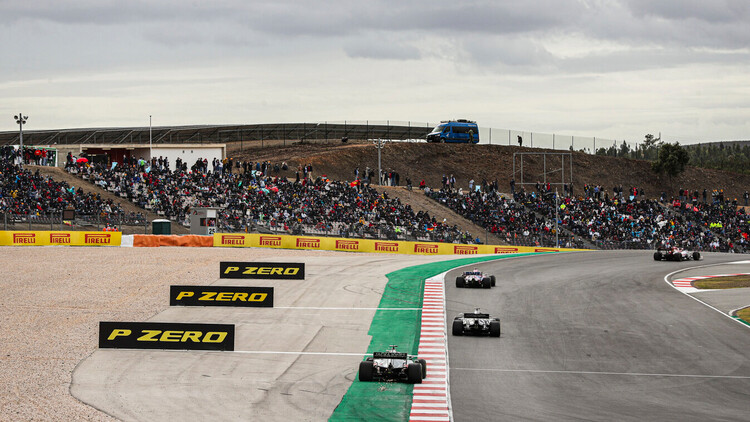 The track limits for the Portuguese GP have been outlined ahead of this weekend's race, with three corners identified as needing particularly close attention.

As is the case with most modern venues, which utilise extensive run-off areas, there are certain corners where running wide can give drivers a time advantage. This was particularly problematic in Bahrain, where the race win was determined by a track limits violation for Red Bull's Max Verstappen.

The Portuguese GP will see three corners monitored particularly closely by Race Control, with Turn 1, Turn 14 and 15 exit kerbs being used as the outer track limit. If a driver exceeds this kerb in practice or qualifying, his laptime will be deleted.

The drivers will then be given three chances during the race. Should a driver exceed the limits at these three combined corners on three separate occasions, he will be shown the black and white flag and will be referred to the stewards for a penalty.

This happened to AlphaTauri's Yuki Tsunoda during the Emilia Romagna GP, while McLaren's Lando Norris fell foul of the rule in qualifying as he lost out on a qualifying time that would have placed him on the front row.