The records nobody wants in Formula 1

Usually being a record-breaker is a good thing, that being said, the following records are the ones no driver wants in Formula 1. 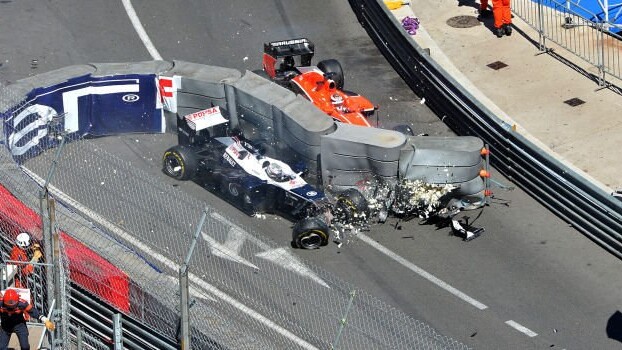 The following are some of the worst records one could have in Formula 1, from the slowest lap ever to the shortest career in Formula 1, RacingNews365.com has delved deep into the history books to find some of the tags drivers would be better off striving to avoid.

There's a famous saying that goes, "In order to win, first you must finish," Andrea de Cesaris tried his hardest to go against this rule.

Out of the 208 Grand Prix, he entered in, de Cesaris did not finish in a staggering 148 of them! Whether due to a mechanical failure or driving error, the Italian holds the record for most DNFs in a given season with the former driver failing to finish 14 of the 16 races in 1987.

His bad luck also gave him the distinction of failing to finish 18 consecutive races between 1985-1986.

Most races without a podium

A lot was expected of Nico Hulkenberg as he stormed his way up the junior ladder and into Formula 1.

The German was hailed by many as a potential world champion, though his career would come nowhere close to those lofty heights.

Despite competing in over 182 races, the German failed to score a single podium in any of them. What has to hurt more was the fact that he threw away a few chances on his own, like in the 2019 German Grand Prix, which lead to him losing his drive with Renault.

Most penalties in a season

Who could hold this distinction other than Pastor Maldonado? The Venezuelan showed flashes of speed, however, more often than not he was known for his rash driving and poor judgment.

In 2014, Maldonado accumulated 10 penalties ensuring that he found a place on this list.

Despite Maldonado's reputation, he is the only one on this list to win a Grand Prix.

Apicella qualified 23rd for the race, but was hit by JJ Letho into the first corner. With damage to his Jordan, there was no other option other than to park his car at the side of the track. This meant his race ended less than one corner into his F1 career.

Bruno Giacomelli is the final driver and Italian on this list. Despite being a competent driver who won titles in Formula 3 and Formula 2, Giacomelli found himself driving for the Life racing team in what was a dog of a car in 1990.

During the San Marino Grand Prix that year Giacomenlli's car had a technical issue, which meant he could only use third gear. The Italian persisted through the lap clocking a lap time that was a full seven minutes slower than the pacesetters with an average speed of 40 kilometers per hour.