The engine issue that slowed Alonso down in FP1

Friday practice in the United States didn't go to plan for Fernando Alonso as he ground to a halt during his first outlap of the day, before spinning off track in FP2. 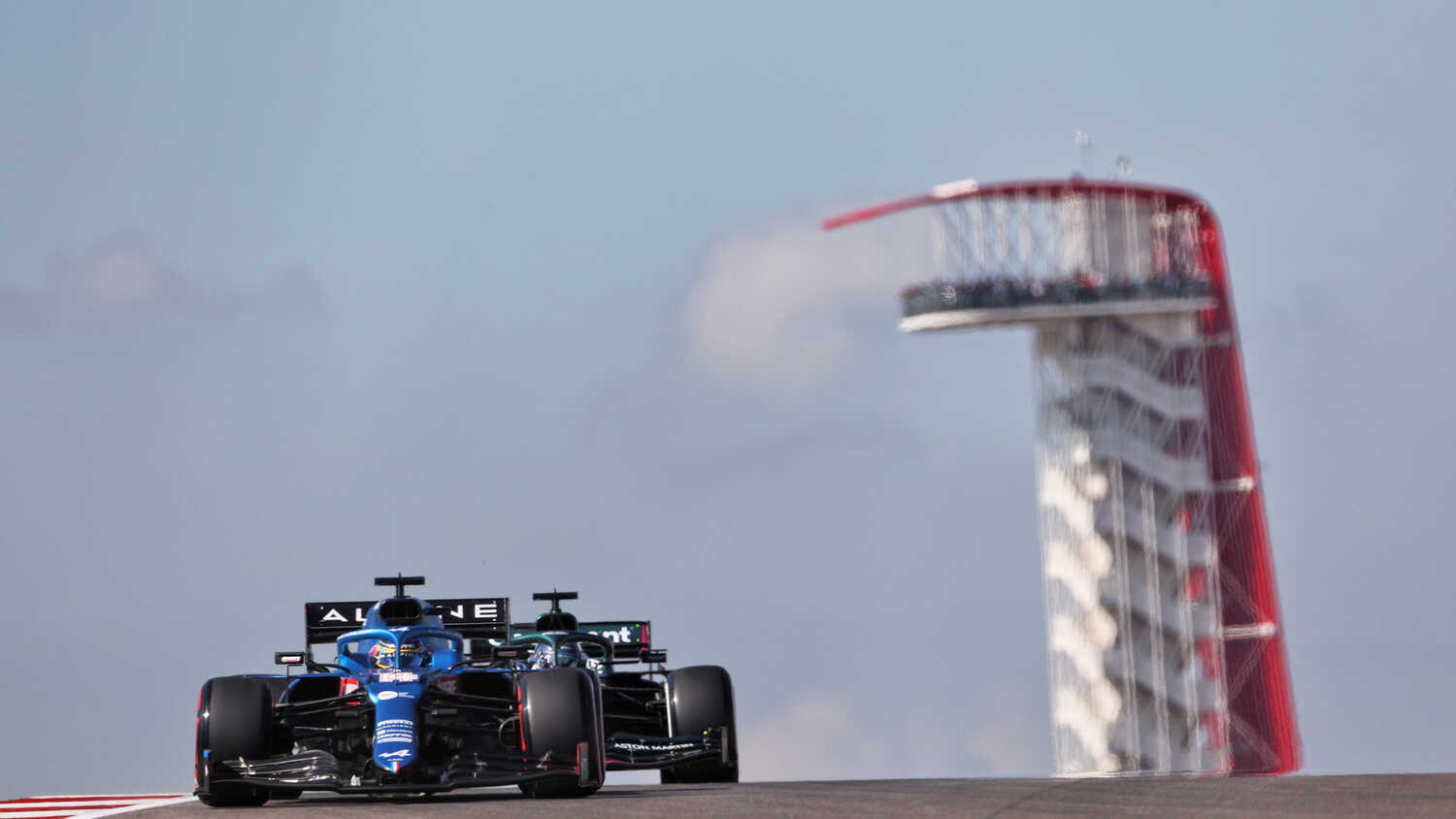 Fernando Alonso knows there is much work to be done after stopping on track and then spinning in second practice at the Circuit of the Americas.

The Spaniard's day started on the wrong foot after he was forced to stop his Alpine car at Turn 12 on his first out lap in FP1. Alonso eventually returned to the track after Alpine fixed what was a water system issue, however he later spun and hit the barrier with his rear wing in the second session.

Alonso said that those problems, along with some tyre balance issues, means he still hasn't been able to unlock the performance from his car.

"It was not easy today, not a super smooth Friday for us," said Alonso.

"An issue in FP1 and then a spin in FP2, so some work to do tonight. I think the performance is not unlocked yet on our car and then we're struggling with the balance, so let's see. [There's] a lot of work to do.

"I think [the issue] was something on the water system, so we had to stop because the engine was running without water at that point. They [the mechanics] did a good job to fix it and I still did some laps in FP1, but as I said we were not happy with the balance with any of the tyres."

Alonso doesn't believe that the hot track temperatures, which hit over 40 Degrees Celsius at one point, added to his difficulties.

"I don't think that is a huge issue. The tyres struggle a little bit more, yes, but it's the same for everybody. I don't think it's going to be a big thing," he concluded.