Lewis Hamilton will start Sprint Qualifying in Brazil from the back of the grid, as opposed to the pit lane, it has been confirmed. 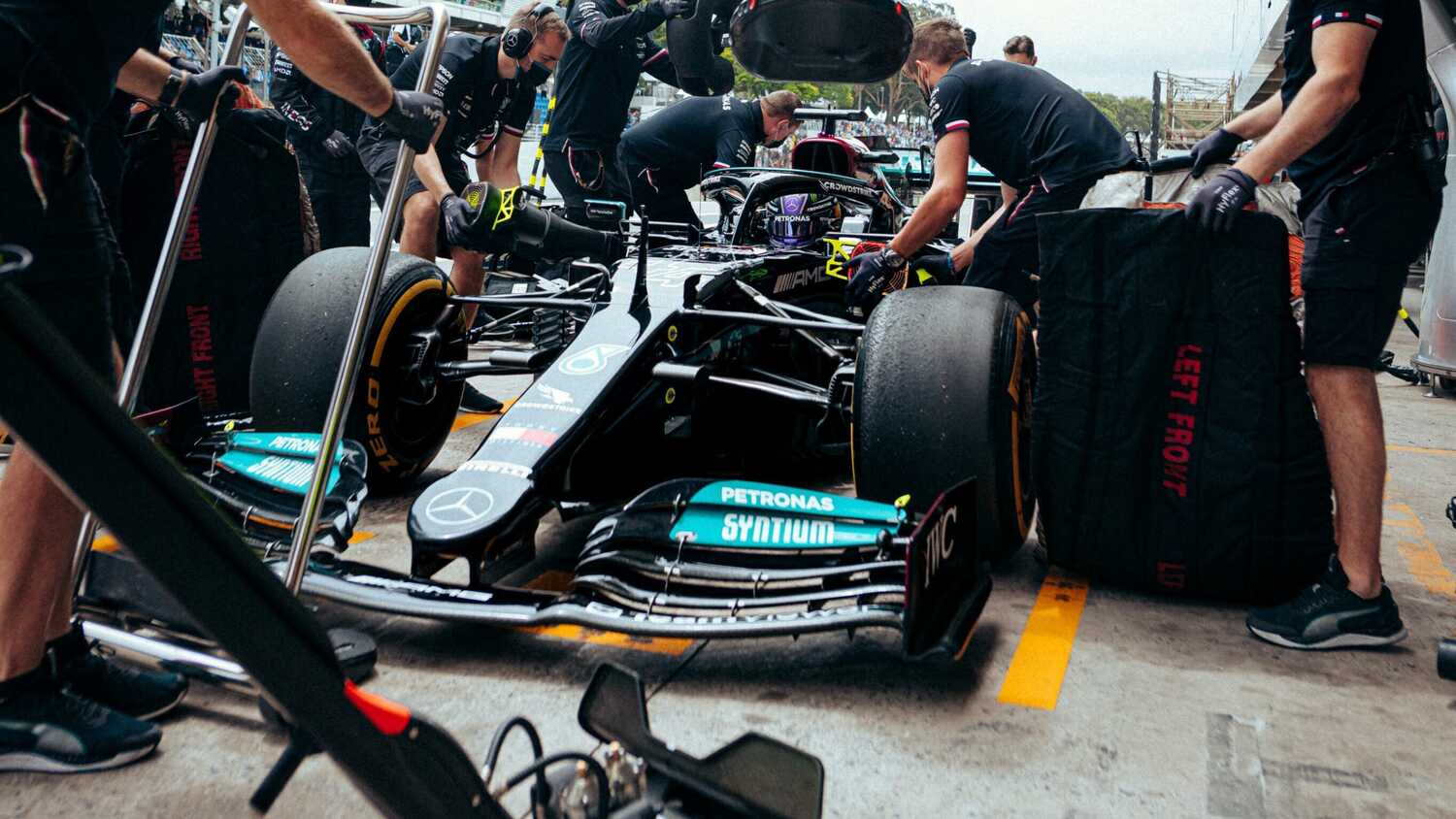 Lewis Hamilton has officially been given permission by the stewards to start the Sprint Qualifying race in Brazil, following his exclusion from qualifying, and will line up at the back of the grid, rather than in the pit lane.

Hamilton was excluded from the results of qualifying after the Drag Reduction System (DRS) on his Mercedes broke technical regulations.

It originally wasn't clear whether Hamilton would start Sprint Qualifying from the back of the grid, or from the pit lane, given that the effects of parc ferme regulations to rectify the rear wing issue had to be taken into consideration.

Providing Mercedes have not changed specification with the replacement wing, Hamilton is permitted to start from the grid, as opposed to the pit lane, and the stewards have now confirmed that this will be the case.

"In accordance with Article 35.1 of the FIA Formula One Sporting Regulations, the stewards grant permission for car 44, Lewis Hamilton, to start Sprint Qualifying, as the driver has set satisfactory times in practice at this event," read a statement from the stewards, referring to the usual 107 percent rule.

"The car will be placed on the grid in accordance with Article 35.1 of the FIA Formula One Sporting Regulations."